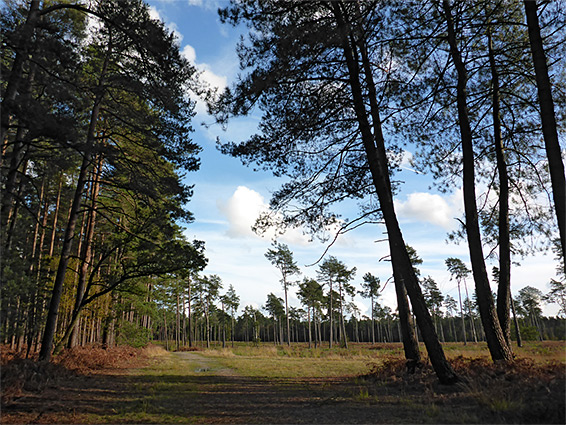 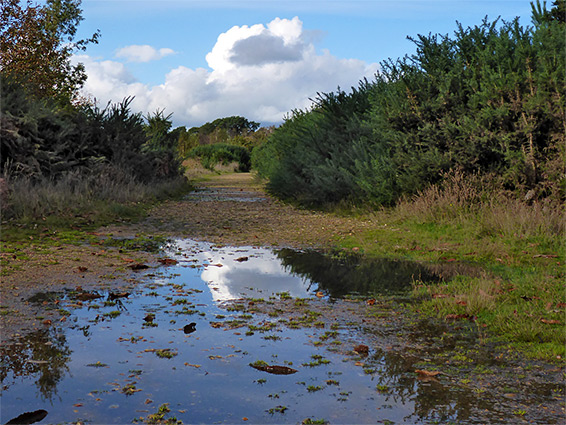 Crowthorne Wood adjoins the south side of Bracknell, and extends for about a mile; it is one component of the much larger Swinley Forest, owned by the Crown Estates, and contains a mix of conifers and broad-leaved trees, managed for timber. Crowthorne forms the northwest section of the forest, comprising a typical range of old-growth trees, young and newly planted specimens, and recently cleared areas, which provide a temporary place for heath-type plants to flourish - most of the area, which is underlain by acidic soils, also falls within the Broadmoor to Bagshot Woods and Heaths Site of Special Scientific Interest, and the habitats also include acid mire, acidic ponds, plus both wet and dry heath.

The Crowthorne section of the SSSI is also of interest for several ancient relics. The southern edge is defined by the Devil's Highway, a major Roman road between London and Silchester, while a short spur links to a settlement site known as Wickham Bushes, where Roman pottery and coins have been found. A little further north is a major fortification, Caesar's Camp, a flat, slightly elevated area enclosed by undulating ditches and embankments one mile in length, yet despite its name this is not a Roman structure, instead dating from the Iron Age, around 500 BC, seemingly not occupied after the Roman invasion. The camp was also planted with conifers for the last few centuries but has been recently cleared, the land reverted to heath, and now the full extent of the fort is evident once more. There are several redoubts in the surrounding woodland, also possibly Iron Age, or perhaps associated with defences that were constructed here around 1792, in preparation for the Napoleonic Wars.

Beside visiting the hillfort, Crowthorne Wood is popular with walkers and mountain bikers; it is crossed by many intersecting tracks and paths, to all areas. The combination of open and wooded, wet and dry ground results in a good variety of wildflowers, and many species of fungi can be found all year. While the conifers dominate the tree cover, there are enough patches of deciduous trees, including beach and oak, for good leaf colours in the autumn. 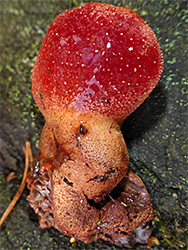 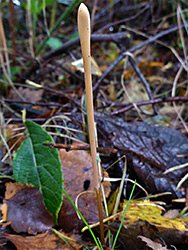 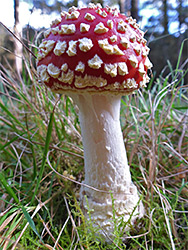 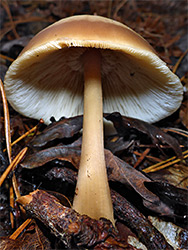 Foresters Way (A3095), a dual carriageway, divides Crowthorne Wood into two parts, a detached, triangle-shaped, 218 acre block to the west, of which a third is unwooded, and contains at least eight ponds, and larger area to the east, contiguous with the rest of Swinley Forest. The western section is accessed from two parking areas along Bracknell Road, while the east part has one main entrance, a little spur road off a roundabout on the A3095. The track from here heads east between conifers on one side and a cleared area on the other, rising slightly to a junction with a major north-south track, just beyond which is the 17 acre Caesar's Camp hillfort. Five tracks radiate out at the south end of the fort crossing other parts of the woodland, of which perhaps the most photogenic is towards the southwest, where the tree cover is more uniform, and the land more undulating, allowing long distance views in some places. 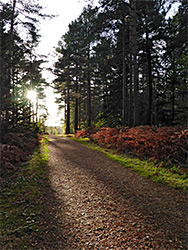 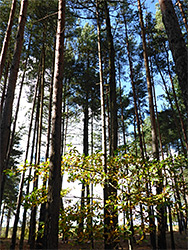 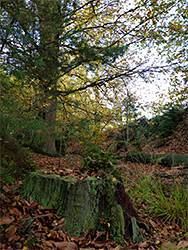 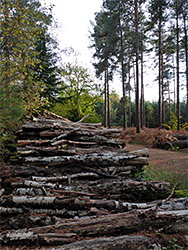