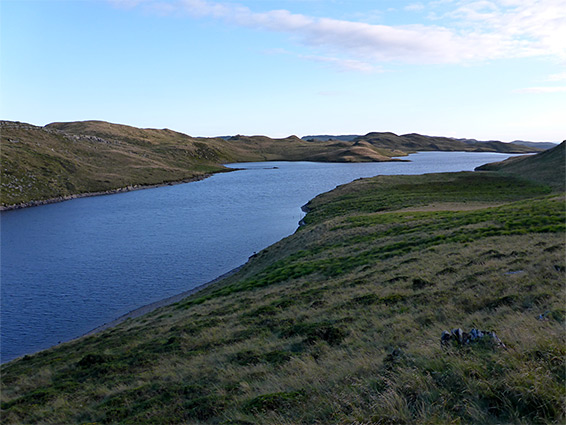 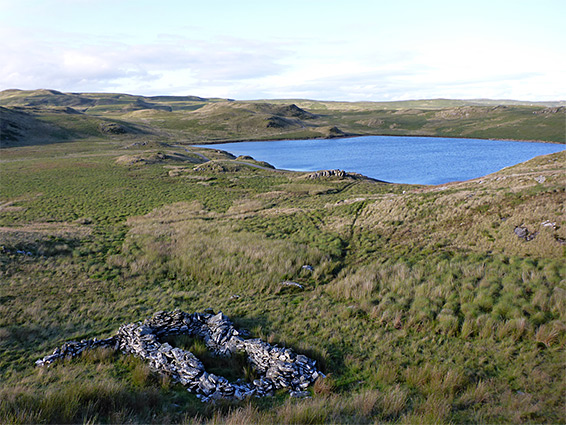 Closely-spaced group of six lakes in remote moorland towards the west edge of the Cambrian Mountains, reached by a narrow paved road, and explored via a loop path, or off-trail walking

The Teifi Pools are a group of six lakes and reservoirs in an empty and little visited mountainous region in east Ceredigion, reached by a narrow, one-track road near the village of Pontrhydfendigaid, site of the picturesque ruins of Strata Florida Abbey. The surroundings are undulating, treeless moorland, lacking any major peaks, just low grassy ridges and mounds with occasional rocky outcrops, and is similar for many miles in most directions; almost completely undeveloped, and with a great feeling of remoteness. The pools have elevations around 1,400 feet, and are situated towards the west edge of the Cambrian Mountains, an extensive upland area over 30 miles across, accessed by few roads and largely uninhabited.

The largest of the lakes, Llyn Teifi, is the source of the River Teifi, which meets the coast at Cardigan and forms most of the southern county boundary. Besides the evocative scenery, the lakes are also notable as a fishing destination, for native brown trout. Wildflowers of interest include common butterwort, round-leaved sundew and water lobelia.

Llyn Teifi, and the next largest lake, Llyn Egnant, may be seen along the Teifi Pools Walk, a six mile loop that can be started either in the north along the narrow road that passes closest to the pools, or from the south, at the end of another road, from Strata Florida Abbey. Only about a third of the loop is near the lakes, however, the remainder following valleys and crossing hills. An alternative, described below, starting from the northern road, is to walk just around (all of) the lakes, a circuit of 2.5 miles of which some is along tracks or paths but most is cross-country, over a mix of boggy areas, tussocky grass and rocky ridges. 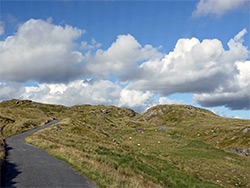 Road to the lakes 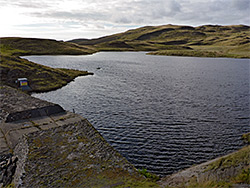 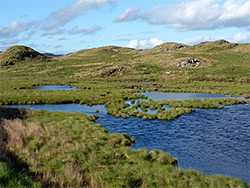 The unnamed road close to the north side of the Teifi Pools starts from Ystrad Meurig along the B4343, one mile north of Pontrhydfendigaid; staying left at a fork, the road passes a few houses and farms then starts a gentle climb into the hills, soon leaving behind all signs of settlement. Three of the lakes are reached by short side roads, Llyn Teifi after 3.2 miles, Llyn Hir after 3.6 miles and Llyn Egnant after 3.8 miles; the middle is unpaved, the other two partially paved. The first is closed by a gate after 0.2 miles, usually unlocked, past which access is supposed to be by permit only, intended for anglers. Primitive camping is allowed anywhere in this region. 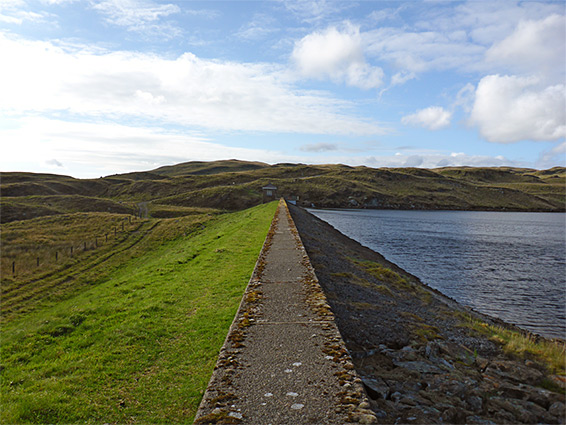 Starting at the gate along the approach to Llyn Teifi, the road crosses a stream, descends past a boggy area with butterwort plants and leads alongside the lake to the 500 foot-long dam at the head of the River Teifi. Four shorter embankments impound other parts of the shoreline, to the south. A short distance west is another dam, at the edge of Llyn Pond Gwaith, the second smallest pool. A path, part of the Teifi Pools Walk, leaves the lake on the far side of the dam, traversing southwestwards and following the river downstream, while the shorter walking route continues east, around the far end of the lake, past a shallow boggy pond and over a little ridge to the next lake, Llyn y Gorlan, which is undammed and has a sizeable population of yellow water-lily along its southern edge. 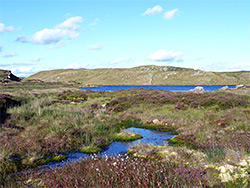 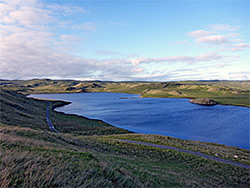 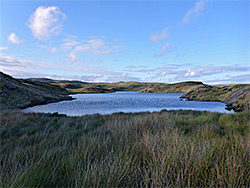 Further east, separated only by 300 feet, is the smaller Llyn Bach, drained by a very short stream flowing into the easternmost lake, the deepest and the second largest - Llyn Egnant, which has a dam at is southern end (accessed by the side road), at the start of the Nant Egnant. This lake is perhaps the most scenic, backed by extensive, barren hills in all directions. Walking north along the road short a short distance then west over a low boggy ridge (Lan Las) reaches the south end of Llyn Hir, a relatively long, narrow lake filled with particularly clear water, that contains a population of water lobelia and is separated from Llyn Teifi by a rather larger ridge (Graig Felen), quite steep on its western side. The loop is completed by walking northwards along this ridge then across a boggy area bordering the eastern arm of Llyn Teifi and finally up a shallow gradient, back to the gate on the access track. 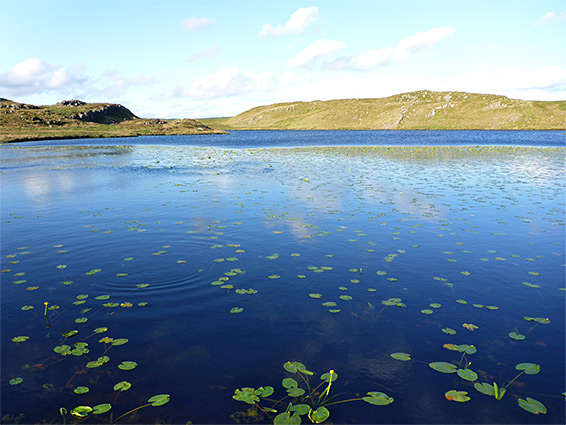