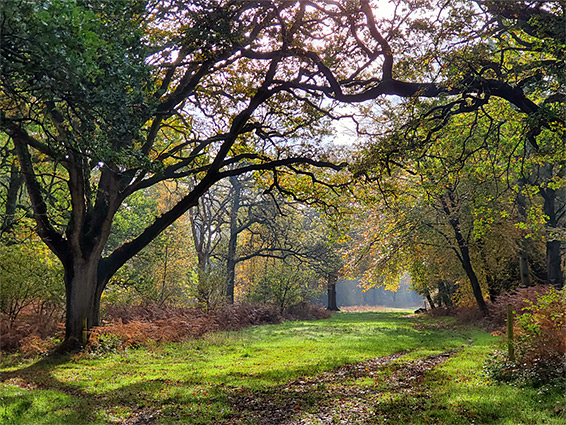 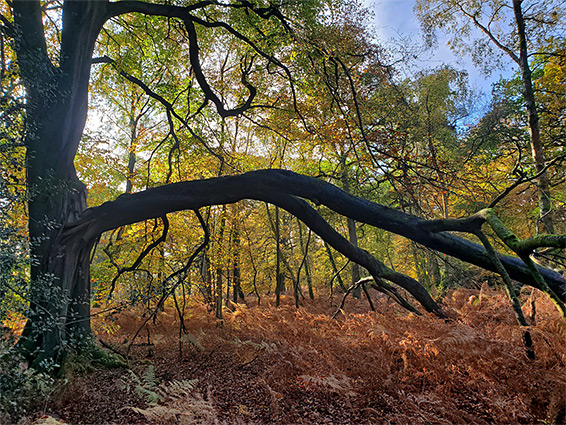 Atmospheric block of oak and beech woodland, formerly wood pasture plus some abandoned coppices, with varied flora and fauna. Includes a section of disused canal

In between Hook and Odiham in northeast Hampshire, Butter Wood is an atmospheric place, a large swathe of deciduous woodland, mainly oak, plus beech, holly and hazel, the majority on silty soils from the London Clay Formation; the southern reaches, slightly lower in elevation, are underlain by the Seaford Chalk Formation.

Much of this area was originally wood pasture - sparse woodland, with large, isolated trees separated by grassland, though in the last two centuries the land has become almost entirely tree-covered, albeit crossed by many broad tracks where the grass, and associated wildflowers, remain. Some parts to the west were once coppiced, while the northeast corner used to be open heath, but is now also covered by trees and scrub.

The varying geology - with slightly acidic soils in the north, becoming neutral to the south, together with the different tree types and land use history has resuted in diverse flora and fauna, and the importance of the wood was recognised, in 1981, by its designation as a Site of Special Scientific Interest, 330 acres in area. The wood is particuarly good for fungi, including such rare species as wrinkled peach and fenugreek stalkball. 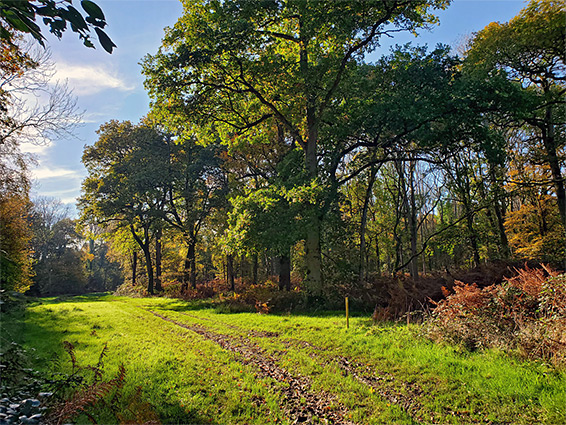 Patch of sunlight, and a group of oak trees
The wood is privately owned, used for pheasant rearing, and shooting, though is crossed by several public footpaths - a loop of nearly 3 miles close to the edge, and a few more across the centre. The southern part of the loop crosses Greywell Hill Park, a grassy hillside dotted with a few veteran oaks, also remnants of the wood pasture, and affording grand views to the south. There are various other tracks off the public routes, marked as private. 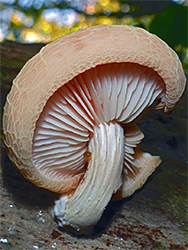 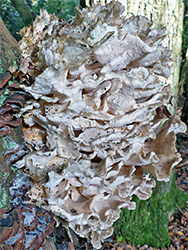 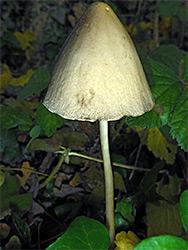 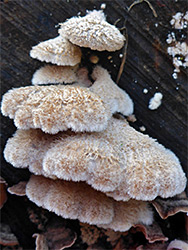 Butter Wood used to be rather larger, until construction of the M3 in the 1970s; this now forms the northern boundary, the wood extending northeastwards up to exit 5 of the motorway, the junction with the A287. Access from the south is via several tracks off Hook Road and Nateley Road, through Greywell, and from the west along a narrow track, Heather Row Lane, which from the north crosses the M3, becomes unpaved (though still open to vehicles) then descends a slope, passes over a disused section of the Basingstone Canal, at Eastrop Bridge, and soon after meets Nately Road. Just south of the motorway bridge is a parking place, near the start of one of the public footpaths; from here, the path parallels the motorway then moves further into the wood and continues along a wider track towards the northeast corner, and to a junction where another route runs close to the south edge of the wood, briefly across Greywell Hill Park, and then into the trees again, and finally back to Heather Row Lane, near where the old canal is reachable by a short diversion. The trees in this western section of the SSSI are part of the former coppices, nine of them, plus another named area (Dark Wood) adjoining the canal. Most paths in the woods are old tracks, wide avenues through the trees, which include a few ancient specimens, mainly oak. The wood is in general quite open, with low undergrowth, and is particularly photogenic in the autumn. 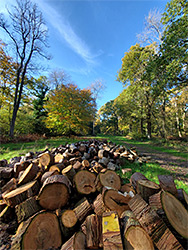 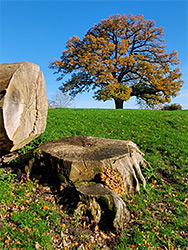 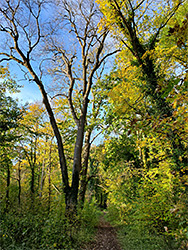 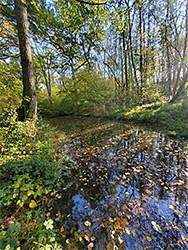 The abandoned stretch of the Basingstoke Canal, near the southwest corner of the woodland, leads to the gated west entrance of the Greywell Tunnel, a 3,690 foot passage through chalk and clays beneath Greywell Hill. The canal was built in the 1790s, linking Basingstoke, 4 miles west, with the River Thames at Weybridge, used amongst other purposes to transport timber and bricks. It remained navigable until around 1914 when the west end became partly silted, followed by a collapse in the tunnel in 1932. The majority of the canal, east of the tunnel, has since been restored, leaving the 6 miles between the tunnel and Basingstoke to be abandoned, and much has since been filled in, however the section in the wood is essentially intact, still containing (shallow) water, and adding to the habitat diversity. The towpath runs beside the canal for 1,000 feet, linking with Eastrop Bridge along Heather Row Lane. The section of the tunnel to the blockage, 460 feet long, is the single most important roosting place for bats in the whole country - they number in excess of 2,000, with five species recorded; Brandt's bat, brown long-eared bat, Daubenton's bat, Natterer's bat and whiskered bat. For this reason the tunnel is also an SSSI, notified in 1985. 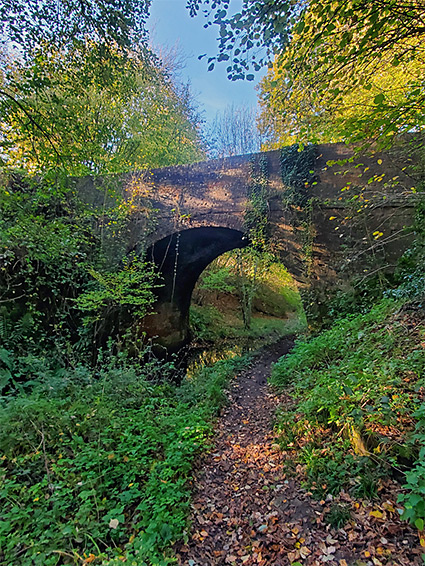