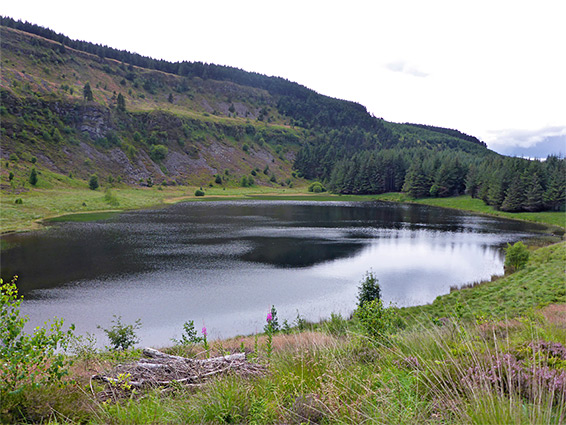 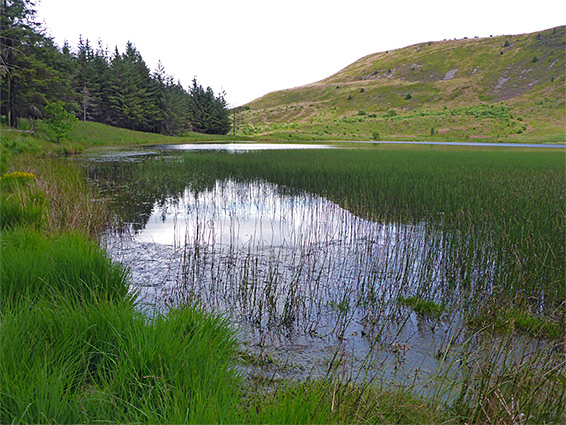 Llyn Fach ('small lake') in Neath Port Talbot is considered to be the southernmost montane lake in the UK, set in a sheltered basin at the foot of steep, north-facing cliffs of Pennant sandstone, at an elevation of 1,473 feet. The lake lies just east of the boundary with Rhondda Cynon Taf, close to the village of Rhigos, towards the upper end of the Vale of Neath, and is protected as a nature reserve, on account of two unusual habitats - the lake itself, glacial in origin and poor in nutrients, and the surrounding land, a mix of acid bogs and rocky heath. The lake is part of the larger Craig y Llyn SSSI, which includes more of the cliffs at either side, and the nearby reservoir of Llyn Fawr, originally a lake.

Llyn Fach Nature Reserve is home to several unusual plant species, most notably water lobelia, in its southernmost British location; this was also once found in Llyn Fawr, prior to enlargement and conversion to a reservoir, around 1913. Other species of interest, generally non-floral, include water horsetail, floating-leaved bur-reed, fir clubmoss and wilson's filmy fern. Several decades after construction of the reservoir, the surrounding treeless heath and moorland was planted with extensive conifer forests, leaving Llyn Fach and its enclosing cliffs as almost the only significant unaltered landscape in this area of the southern Welsh hills. 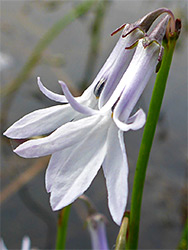 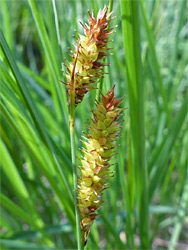 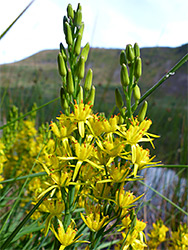 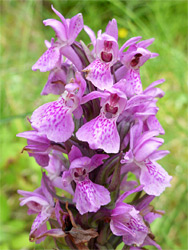 Llyn Fach is comparatively remote, not signposted from nearby roads, and needs a walk of 2 miles to reach - although forest tracks run close to the lake, they are not open to the public. The nearest approach is via Rhigos Road (A4061), 3 miles south of the junction with the A465 (Heads of the Valleys Road), a location at the foot of the steep slopes of Craig y Llyn, just before the broad switchbacks that take the road to the top of the plateau to the south. There is a small layby on the south side of the road just opposite the start of the track into the plantation. The track enters the trees, soon curves westwards then descends gently towards Llyn Fawr Reservoir, while a connecting route on the right links with a wider track that heads further west, over Nant Llyn-fawr, the stream draining the reservoir, then round a subsidiary ridge projecting from Craig y Llyn, near where the trees briefly open out allowing northwards views of the Vale of Neath and the Brecon Beacons. The track rounds a lesser bend to the start of a short path which leads alongside another stream (Nant Llyn-fach), past a few little cascades and into the nature reserve, ending at a grassy area on the north shore of the lake. In summer the verges of the track, in places containing tiny streams, have a good range of wildflowers including southern marsh orchids. 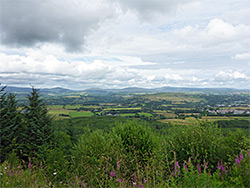 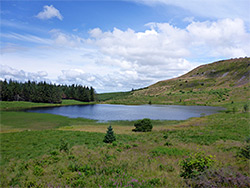 West side of the lake 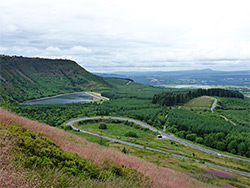 The north shore of the lake is bordered by closely-spaced conifer trees, while to the northeast is a former plantation, cleared in 2001, where wildflowers are slowly re-establishing. The western edge of the lake is marshy, and to the south the land rises steadily up the heather-, rowan- and bilberry-covered slopes of Craig y Llyn. A narrow path runs west along the north edge of the lake then turns away through the forest, meeting another route that eventually climbs the cliffs and runs back east, along or close to the plateau rim. A cross-country walk all around the lake is possible though not particularly easy due to tufty and marshy ground near the water, and bushy, irregular slopes above. The water lobelia is found mostly along the north and east edges of the lake, and is quite abundant. One other showy plant found here is the yellow bog asphodel, and both are in bloom from mid to late summer. 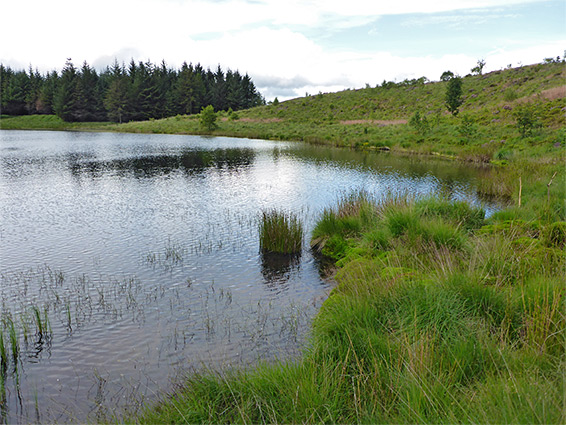 A loop hike of 5 miles can be made by following the path that climbs the cliffs west of the lake then returning eastwards to Rhigos Road along the plateau. This can be shortened to 4 miles by walking directly up the slope just southeast of the lake, though again the terrain is rather difficult; steep, slippery in places and thickly covered by bushes. Once on the plateau via this route, a faint trail, not always obvious, runs along the rim, as it bends northwards then back southeast, now above Llyn Fawr, then intersects the official path/track over this part of the cliffs. Another path continues east, round a little ravine and on towards Rhigos Road, running right beside it for a little way, to the parking area for Rhigos Viewpoint, from where a lesser path heads diagonally down the slope back to the parking area at the start of the walk. 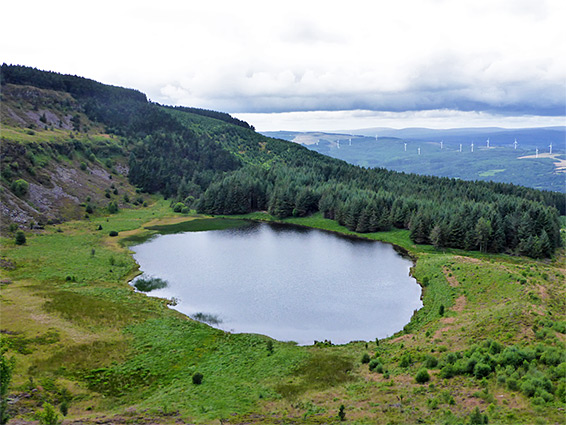