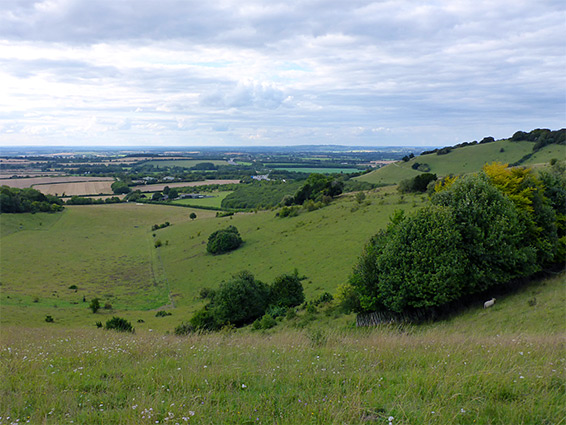 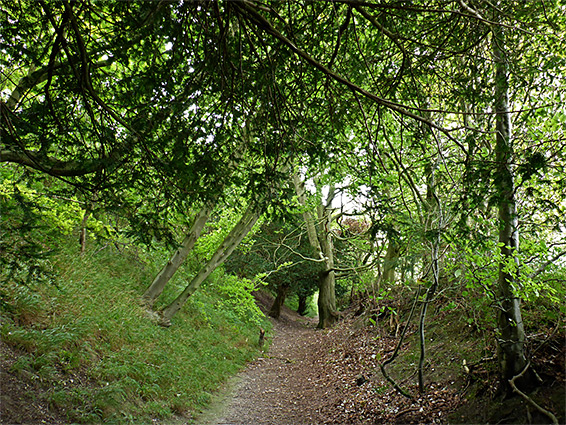 Extensive chalk grassland, and a small area of beech woodland, on sloping ground along the west edge of the Chilterns

Management
Natural England
Location
Lewknor, either side of the M40. Two parking areas, along an unnamed lane; OX49 5HX and HP14 3YJ
Selected Wildflowers
Most of Aston Rowant National Nature Reserve is in Oxfordshire, one of four such reserves in the county, with a small section in Buckinghamshire to the east. The reserve contains part of the western edge of the Chiltern Hills, towards their southwest side; mostly chalk grassland plus smaller patches of mature beech woodland and juniper scrub. The protected area extends for over 1.5 miles, incorporating four valleys and three ridges, the most prominent being Beacon Hill at the north edge.

The valley just to the south of Beacon Hill provides a course for the M40, constructed in 1973, and this divides the reserve into two sections, approximately equal in size and served by separate parking areas. The section to the north includes all sides of Beacon Hill, and the beech woods (Little London Wood and Grant's Plantation), while the southern half incorporates the smaller Bald Hill, plus another ridge and the valleys at either side.

Beacon Hill is quite popular, the other areas rather less so. Some people visit for views or for dog walking, others because of the plant and animal life - many species of wildflowers and fungi grow in the reserve, which is also noted for butterflies and birds. Paths and bridleways cross the ridges and valleys, and all land is open to off-trail walking. Most areas are seasonally grazed, by goats, sheep and cattle. 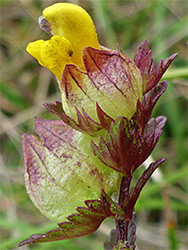 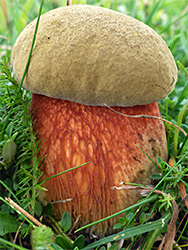 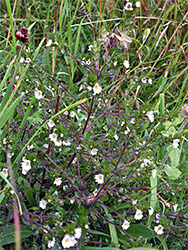 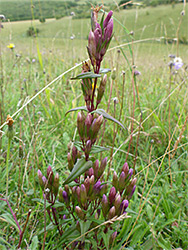 The NNR is reached by an undesignated road linking Christmas Common to the A40, just east of Lewknor. The southern carpark (Cowleaze Wood, managed by the Forestry Commission, primarily for an adjacent plantation) is along the road one mile south of the M40 crossing, while the more used northern access is along a dead-end spur road, the original alignment, prior to the motorway construction. There are actually two parking places, either side of a field, and from these a path loops around the field and a grassy area beyond, to the summit of Beacon Hill, while other trails cross the rough grassland of the lower slopes, one following an ancient sunken lane. A similar lane descends the north side of Bald Hill, in the southern section of the reserve, parallel to a vehicle track (Hill Road), and three further paths lead to Bald Hill itself, down the valley to the south, and along the next ridge to the north, all linking with one another at the foot of the main escarpment. From here are two short connections to the ancient Icknield Way just beyond, this thought to be one of the earliest cross-country roads in England, in use many centuries before the Roman invasion. 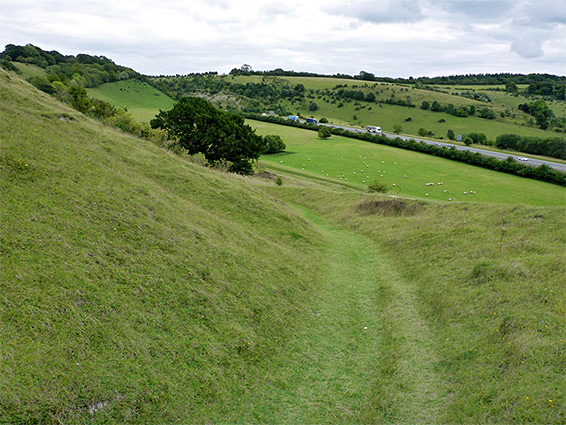 Wildflowers are fairly evenly distributed all over the site, with the best locations across the sloping ground where the grass is the shortest and the soil thinnest. Chiltern gentian is perhaps the rarest species, and there are least eight types of orchid, including bee, frog and greater butterfly. 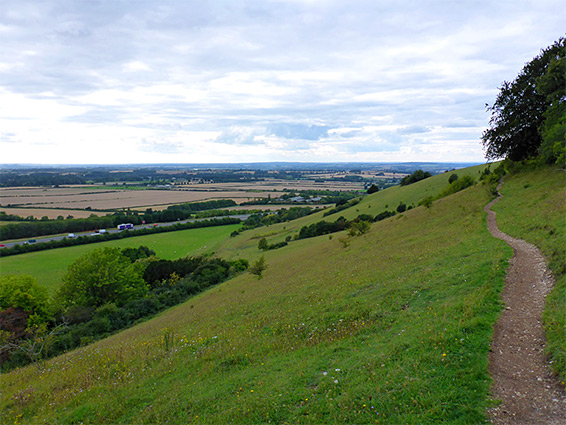