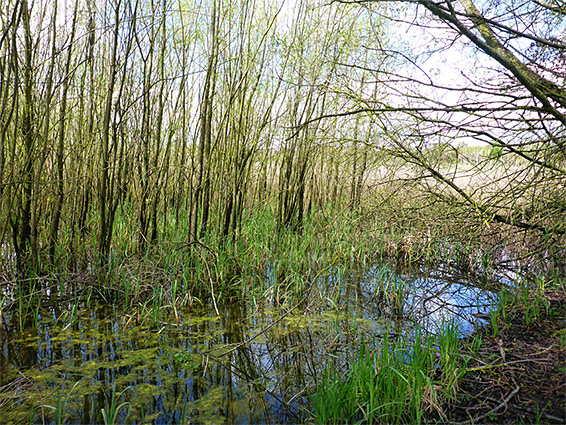 Marsh, pools, wet woodland and damp meadows beside the River Thames; range of insect and plant life, with one rare wildflower species, the summer snowflake

Cholsey Marsh Nature Reserve extends for 1.1 miles along the west bank of the River Thames between Wallingford and Goring, near Cholsey village, and contains a mixture of habitats, principally river frontage, marsh, pools, wet woodland and damp meadows. Wildlife, including insects, snails and dragonflies, is concentrated around the marshy areas, which occur in a narrow band close to the river, across the northern half of the site.

Wildflowers in the reserve are all common with just one exception, the summer snowflake (leucojum aestivum), also known as the Loddon lily on account of its abundance along the nearby River Loddon. Elsewhere in the country this plant is mostly found as a garden escape, but is believed to be native here and at other marshy locations in and around the Thames Valley.

Marsh used to be common beside slow-moving rivers such as the Thames but most has been drained over the past centuries so the land can be used for agriculture; Cholsey is a rare surviving section. The reserve is quite scenic, of interest because of landscapes as well as plant and animal life - the wide river is typically calm and tranquil, while the marshes, pools and aged riverside trees are also characterful. 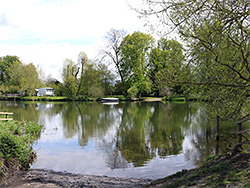 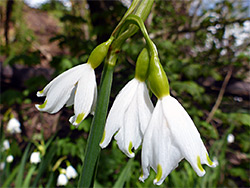 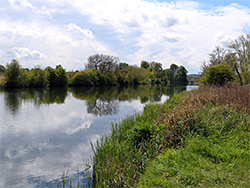 The nature reserve is reached by a dead-end road from Cholsey - Ferry Lane, previously Papist Way, ending right beside the river at a former ferry site, and intersecting the Thames Path. The road passes the edge of Cholsey Meadows, a recent housing development partially occupying a large, multi-winged brick building, originally a lunatic asylum. There are plenty of parking places close to the river. The road enters the middle of the reserve; to the south is one of the pools, lined by marsh and willow thickets, then beyond, the protected area narrows to a thin belt of trees right next to the river, for another quarter of a mile, as far as a railway line. To the north are more marshes, with a drier meadow to the west, close to the housing development, and then a mix of trees and grassland continuing to the edge of the reserve. 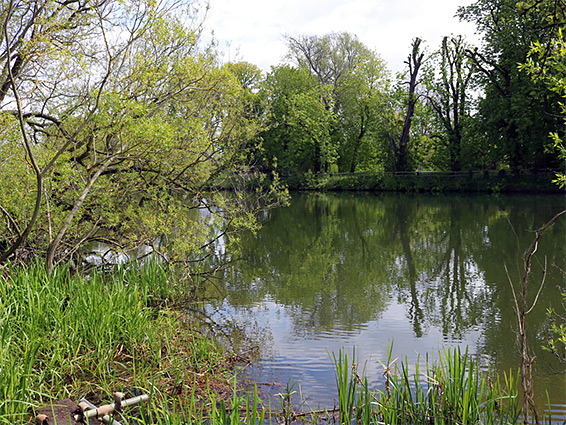