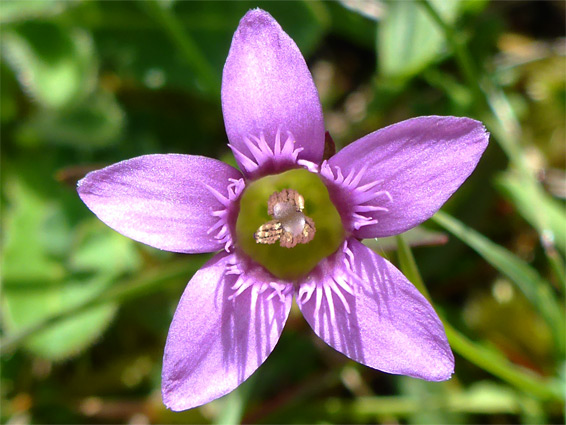 Gentianella anglica (early gentian), High Clear Down, Wiltshire
Common name:
Early gentian
Family:
Gentian (Gentianaceae)
Scientific name:
Gentianella anglica
Main flower color:
Purple
Range:
Isle of Wight and other scattered locations across southern England
Height:
Up to 15 cm
Habitat:
Short, calcareous grassland and dunes
Flowers:
The pinkish-purple corolla is tubular, opening to four or five ovate lobes, with rounded tips and a pinkish fringe near the base. The sepals, which are approximately equal in size, are as long as the corolla tube, narrow and pointed, and not spreading or recurved
Leaves:
Narrowly ovate to lanceolate, crossed by a few nearly parallel, lengthwise veins; in a basal rosette and between one and three pairs along the stem. The two uppermost pairs (if present) are relatively well separated, by about 40% of the total height
Season:
April to June
Rarity:
★★★★★ 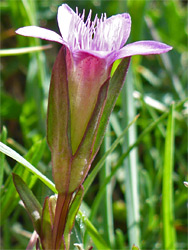 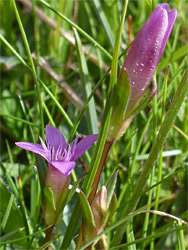 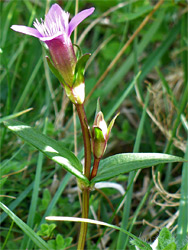 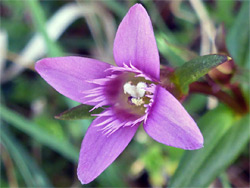 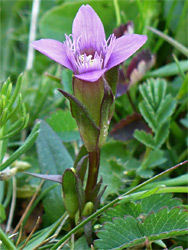 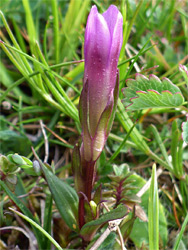 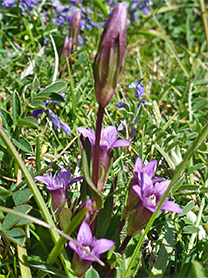 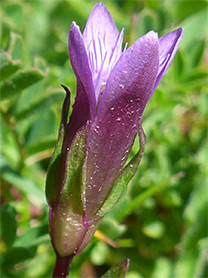 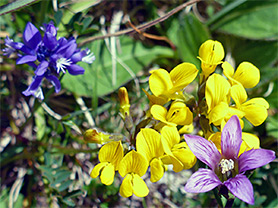 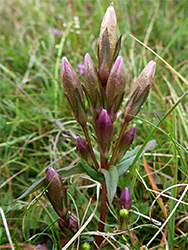 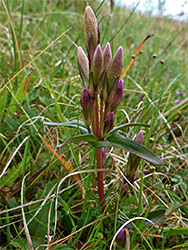 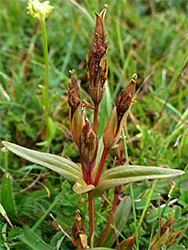