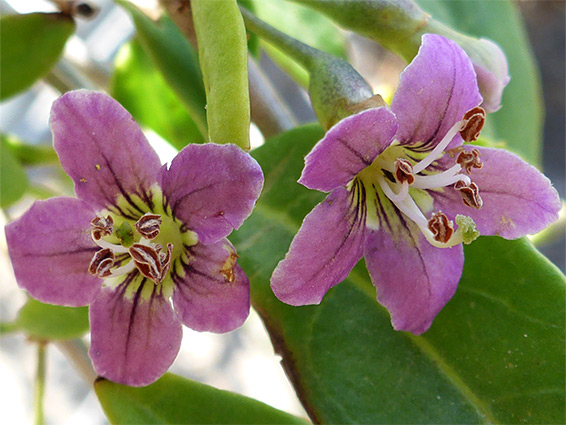 Lycium barbarum (Duke of Argyll's-teaplant), beside the coast path at Severn Beach, Gloucestershire
The common name of lycium barbarum, a woody shrub, refers to the 3rd Duke of Argyll, a plant collector, who first brought this species to the UK (in the 1730s, from China), under the impression it was a species of tea. 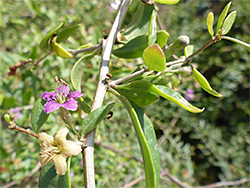 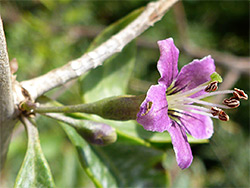 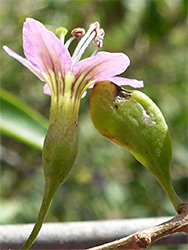 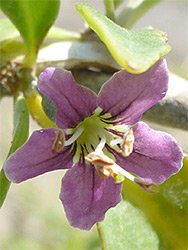 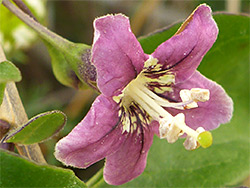 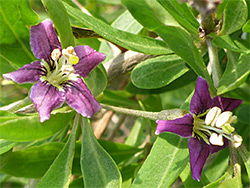