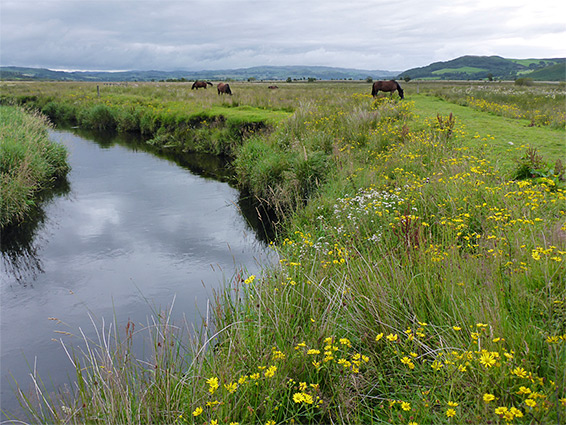 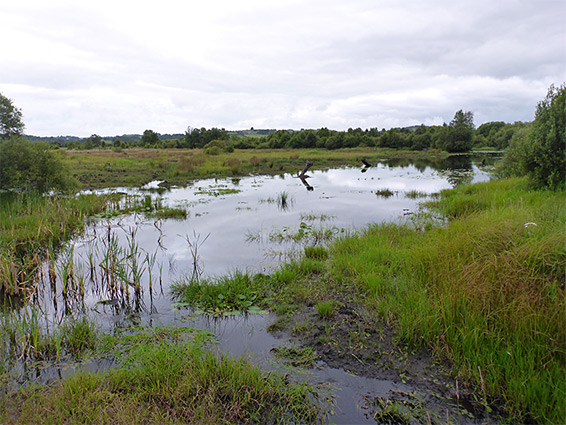 The largest surviving area of raised bog in the UK, either side of the River Teifi on the west side of the Cambrian Mountains; also woodland, pools, streams and wet pasture

Most of the 2,000 acres of Cors Caron National Nature Reserve is occupied by raised peat bogs either side of the River Teifi (which originates a few miles upstream at the Teifi Pools), in a broad, shallow valley on the west side of the Cambrian Mountains in west central Wales, just north of Tregaron. The valley also contains deciduous woodland, grassland, pasture, fens, streams and ponds, and is an internationally recognised wetland preserve, established in 1955, notable for being the largest and least disturbed expanse of this kind of boggy habitat in the UK, in existence for around twelve thousand years.

Raised bogs form by gradual silting of a lake, by sediment and peat, until eventually there is no standing water remaining and the centre is no longer fed by surface water, instead only moistened by rainfall, which when combined with salts from the atmosphere, continue the (slower) deposition of peat, resulting in the surface level continuing to rise. Most similar bogs have been largely or completely destroyed by irrigation and peat harvesting over the centuries, and although Cors Caron has been relatively lightly affected, there are still many flooded trenches around the edges of the bog, where peat has been extracted.

The reserve contains three separate raised bogs, the largest on the west side of the river, the other two to the east, between the river and the road. Two border the river directly while the northeast bog is a separated by a strip of fields, part of the river floodplain. The wetlands provide important habitats for birds and insects, especially dragonflies and damselflies, mammals including otters and waterfalls, and of course the plants, with notable species as bog asphodel, bogbean, heath spotted orchid, marsh cinquefoil and round-leaved sundew. 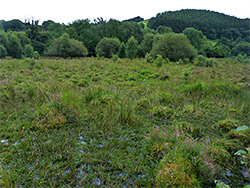 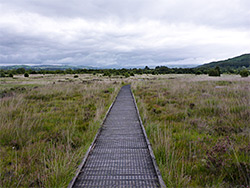 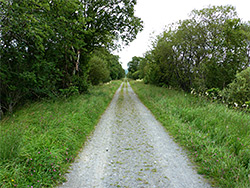 The reserve stretches for five miles on the west side of the B4343 between Tregaron and Pontrhydfendigaid and is served by three (free) parking areas, from where three paths lead to locations of interest, the longest following the bed of the disused Aberystwyth to Carmarthen railway, though inevitably the great majority is inaccessible due to boggy ground, which is 1.5 miles across at its widest point. The northernmost and least used of the three parking places is along a different road, the B4340 near Ystrad Meurig, and is used to access the northern end of the old railway path; most people though use one of the other two, a third of a mile apart along the B4343, of which the southern is the largest, provided with toilets and information boards. There is no access to reserve from the west. 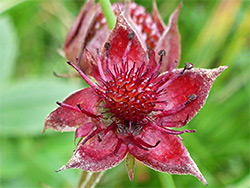 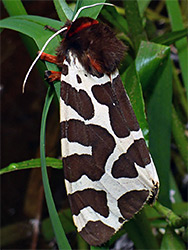 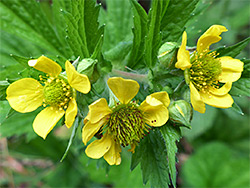 The longest of the three paths is the 3.2 mile, wheelchair accessible Old Railway Walk, along the disused line (closed in 1960), part of the route from Manchester to Milford. This dead straight, tree-lined track is bordered by fields, reedbeds and part of the northeast bog, and several viewpoints allow inspection of some of the wetland plants that grow here. The verges are also good for wildflowers, with a different selection to that found in riparian areas, including great burnet, large-flowered avens and small toadflax. The most popular route is the 1.5 mile (loop) Cors Caron Walk, which crosses part of the southeast bog via boardwalks, and includes a spur to a bird hide, close to the River Teifi. Along here the least used path branches off northwards - the Riverside Walk, which first crosses some fields and a small patch of woodland then follows right beside the river for 1.5 miles, through more fields, grazed by cattle, containing some marshes and little streams, good for plants. The northern section heads east towards the old railway, through more reedbeds and part of the northwest bog. This walk is often very muddy and may be closed for weeks at a time in winter due to flooding. Including a section of the railway, this trail is a 4.5 miles. round trip. 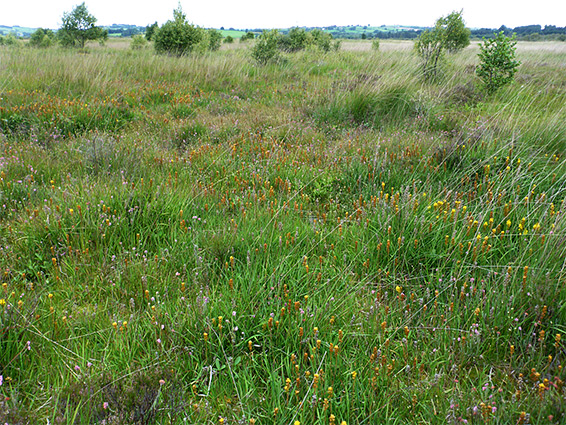