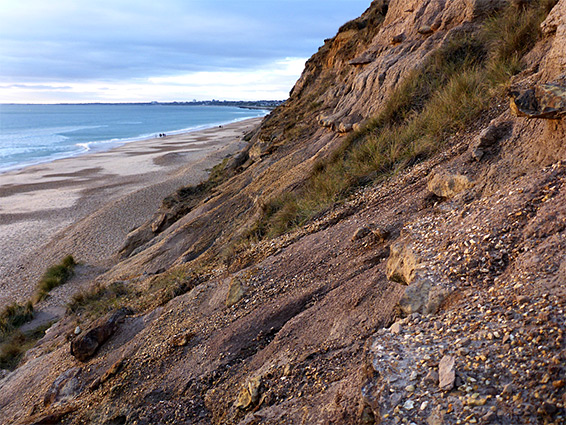 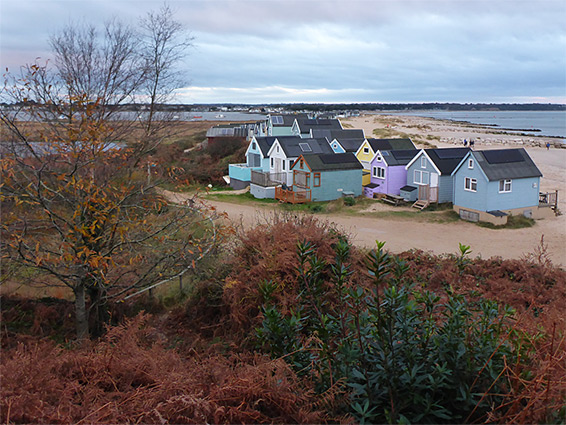 Location
At the end of Broadway, east of Southbourne; BH6 4EL
Walk
2.5 miles, loop, along the beach to the tip of the headland, and back across the hill
Photo Tour (24 images)

Hengistbury Head is the thin strip of land that forms the south side of Christchurch Harbour, at the mouth of the rivers Stour and Avon, just east of Bournemouth - a mostly low, sandy promontory but rising at the centre to a narrow ridge, Warren Hill, 123 feet above sea level at its highest point. Although the majority is grass-covered, to the south the hill forms a cliff or steep slope, revealing a colourful array of differently textured strata, mostly soft rocks though embedded within are large nodules of red (sideritic) ironstone, greatly contrasting with the surrounding pastel layers; these, and the cliffs, are the most unusual and photogenic feature of the area.

Warren Hill was quarried in Victorian times, for the ironstone, and the main excavation site is now partially filled with water to create a pond, in and around which are found a varied selection of plants and animals, enhancing the already diverse habitats of the headland, which also include heath, woodland, saltmarsh and dunes, plus the broad sand and pebble beach below the south and east sides of the hill. The beach curves round to the north and extends almost to the mainland, at Mudeford; along this section is a row of colourful beach huts, over 300 of them, reputedly the most expensive such buildings in the country. 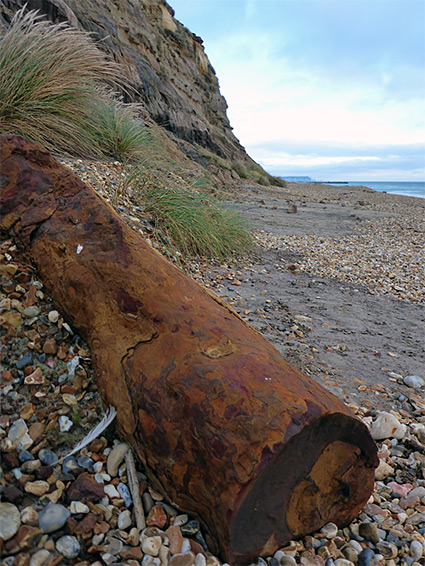 Tree-like ironstone nodule
Besides the geology, the plants and wildlife, the views and the beach, the headland is also notable for several archaeological sites, the oldest from the Late Stone Age, around 14,000 years ago, this is a hilltop settlement, excavations of which have produced thousands of rock artefacts. Later relics are a group of 11 Bronze Age burial mounds and a large Iron Age village, protected by a double line of dykes on the approach to the hill from the west - a community that persisted into Roman times. The whole peninsula is a Scheduled Ancient Monument. 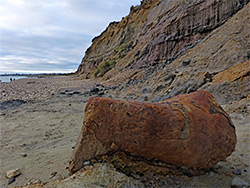 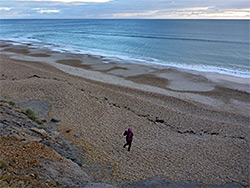 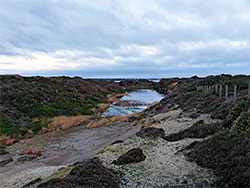 Hengistbury Head is dominated by the 0.8 mile-long Warren Hill, the level strata of which are perfectly exposed across its south facing slopes; the site is one of the most famous geological sections of the southern coast. The lowest layer, and the oldest, is the Boscombe Sand Formation, a soft, fine-grained sandstone, often stained black, grey or purplish due to its high organic content, the result of decayed plants. Above are light-coloured, greenish clays of the Lower Hengistbury Beds and then, approximately across the middle of the cliffs, are the Upper Hengistbury Beds, also known as the Lower Barton Clays, and here are found the ironstone nodules. These occur in four main bands and can be several feet long, generally cylindrical or narrowly ovoid in shape, very hard, and dark in colour. Many have eroded from the bedrock and are spread across the base of the cliffs, and on the beach, while numerous more are still in situ. The upper portion of the cliffs is formed of gravels from the Pleistocene era, topped by more recent windblown soil and sand. 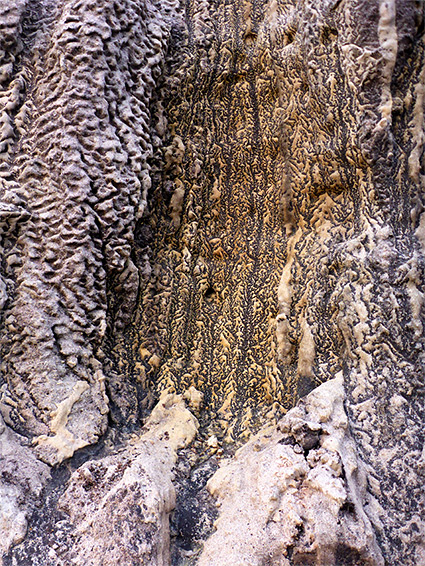 The road to Hengistbury Head (Broadway) leads through the Southbourne suburbs ending at a gate, from where a track continues below the north side of Warren Hill, to the beach huts. There are two large (paid) car parks nearby, though free parking is available in some places alongside the road. To the north is a golf course, and to the south an area of sandy grassland, which continues eastwards, across the double dykes of the Iron Age settlement, to the base of the hill. Also at road's end is a cafe, visitor centre, education centre and an old thatched-roof barn, here since the 17th Century. The northern slopes of the hill are partly wooded, angling down to saltmarsh at the edge of the estuary, on top is mostly grassy, crossed by various paths (some wheelchair-accessible), and the south side is lined by the cliffs, below which is the beach, up to 200 feet wide. The far end of the beach is protected by a breakwater, then beyond the sands curve around to the spit, overlooked by the beach huts and extending nearly a mile, further at low tide. 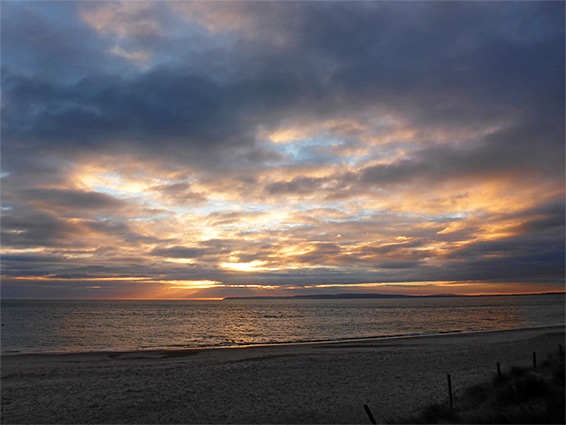