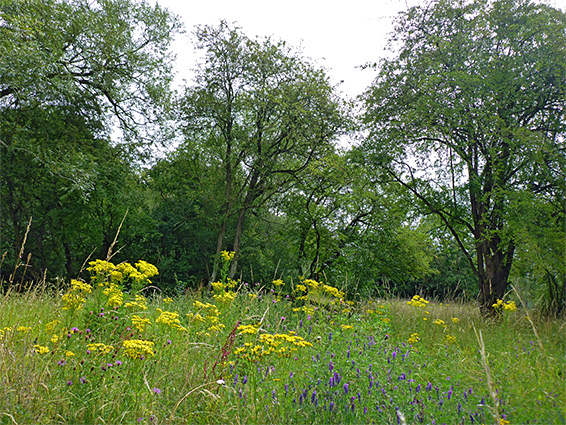 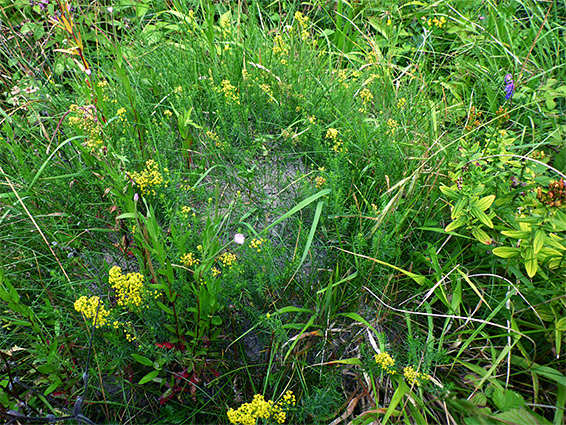 Small area of undisturbed grassland and woodland beside the Bristol-Birmingham railway line, supporting a wide range of plant species

Charfield Meadow is a small, secluded nature reserve with an unusually large variety of wildflowers, flourishing here since the ground has never been cultivated or subject to fertilsers and pesticides, left undisturbed since 1840 when the land was partly excavated to provide material for the adjacent Bristol to Birmingham railway; the meadow extends for 900 feet along the east side of the line, on partly sloping ground, and remained in ownership of the railway companies until 1988 when it was sold to Avon Wildlife Trust.

About half the site is grassland, closest to the railway, while to the east, the upwards-sloping ground is partly wooded. The soils are neutral, derived from the Mercia Mudstone bedrock, though flowers include a number of calcareous species including bee orchid, dyer's greenweed, saw-wort and yellow-wort.

Access is from an unnamed road branching off Swinhay Lane, one mile north of Charfield: there is space for a couple of vehicles beside the gate at the entrance, near the north end. 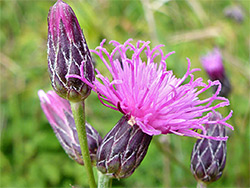 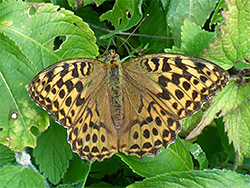 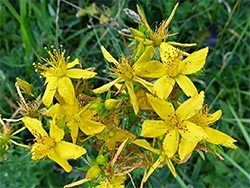 The access road is little used, though the seclusion of this otherwise peaceful location is frequently interrupted by the noisy trains, the line being the main route north of Bristol. From the AWT sign at the entrance, a path develops during summer through the grassland, parallel to a ditch, sometimes wet, which leads to a marshy area towards the far end of the reserve, complete with a seasonal pond where dragonflies, newts and frogs can be found. Dotted across the grassland are many large anthills, supporting a different set of plants. A belt of trees runs along the eastern edge, and the ground here is covered with many bluebells and cowslips in April and May. Towards the north edge are the remains of two signal boxes once used to control access to sidings a short distance south, serving Huntingford Mill, now a hotel. 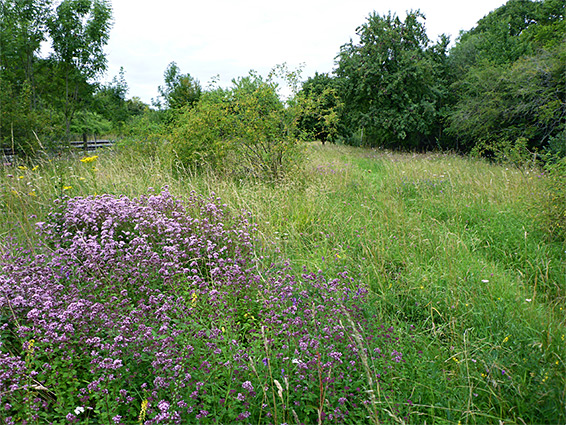