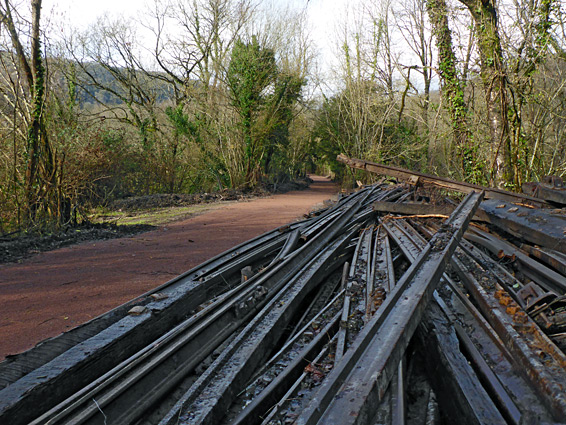 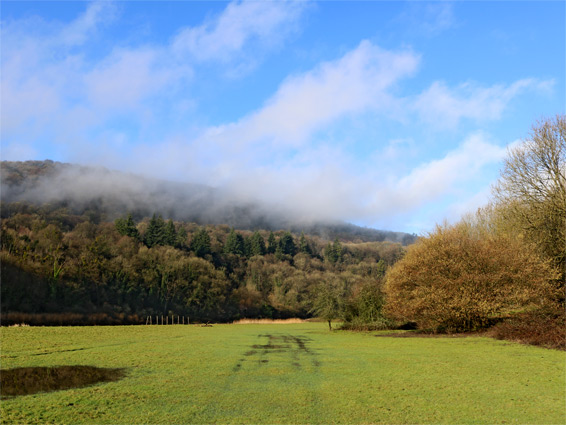 Varied scenery along a loop walk in the Wye Valley, near Tidenham Chase, including a stream, a riverside meadow, a disused quarry, an old railway, a cave and an abandoned ferry

Many paths and tracks cross the dense woodland of the Wye Valley, traversing often steep terrain with frequent views of the river and its gorge, and encountering both natural and historic features. Described here is one of the many possible walks, a loop of about 3 miles starting at Tidenham Chase on the English side of the river, four miles north of Chepstow. Features en route are a stream, a riverside meadow, a disused quarry, an old railway line recently reopened as a cycleway (Wye Valley Greenway), a limestone cave with formations, and an abandoned ferry, which, together with the woodland itself, good for wildflowers and fungi, makes for a varied and enjoyable walk of around two hours.

The route begins along a short road on the west side of the B4228 opposite a works facility, parking by the verge opposite a house. The road enters woodland and reaches a locked gate after 600 feet, beyond which it continues to Tintern Quarry, closed since the 1980s. A path parallels the quarry road, through a little valley (The Slade), while another track (Offa's Dyke Trail) leads up and down the main gorge. The loop starts by heading north along this trail. 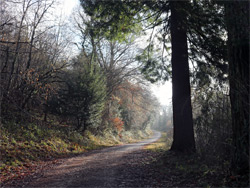 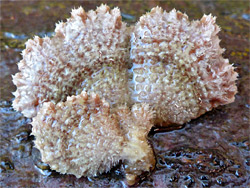 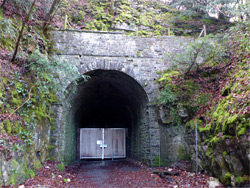 The track curves through the woods, crosses a small, seasonal stream that forms a few little cascades a short distance down the slope, then runs right alongside Offa's Dyke for 1000 feet, following this round a tighter bend, before moving away, descending further down the hillside, through a patch of woodland known as James's Thorns. It reaches a junction, 0.9 miles from the start; the track on the left head south, round a tight bend then back northwest a short distance to an intersection with the old Wye Valley Railway, closed in 1964. Just beyond is another junction, with a track down to a private inholding beside the river. 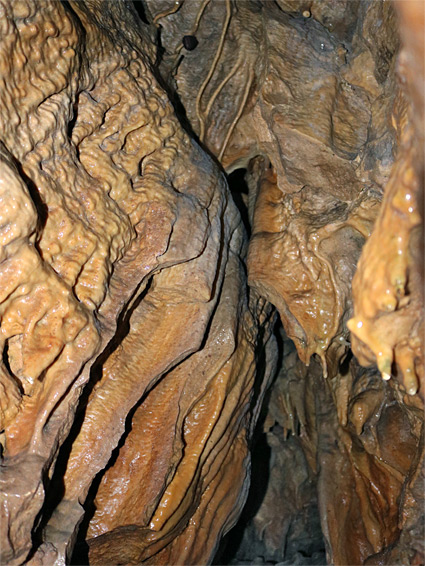 Wye Valley Railway, and a Cave

The route continues by following the railway line southeast, along a section that was until 2019 overgrown and not used as a path, leading to the closed Tidenham (or Dennel) Tunnel, but has now been cleared and surfaced, forming part of the five mile Wye Valley Greenway, from Chepstow to Tintern. Relics from the railway era can still be seen, including piles of uprooted rails, several small brick structures and, most visibly, walls of the platform from where trains would load stone from Tintern Quarry, located a little way uphill. The railway enters the 1,080 metre-long tunnel a quarter of a mile further, now open for cycling during daylight hours but closed in the night to safeguard the bats who live here. One other point of interest along the railway between quarry and tunnel is a short but very pretty cave, with a pool of water at the base and colourful formations on the roof, including a few tiny stalactites. 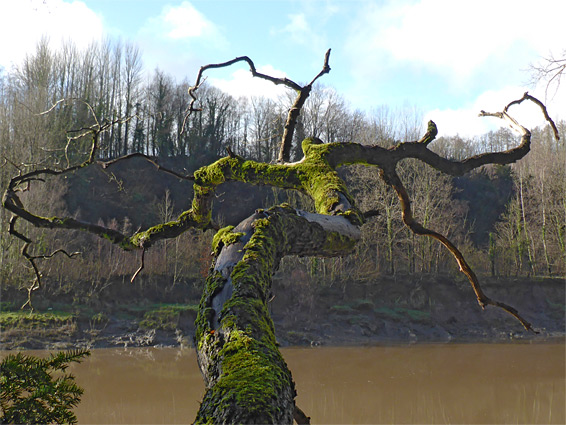 Two short trails descend from the old railway to the bank of the River Wye, one following close to a stream which just before meeting the river flows through a small riparian area shielded by trees. 1000 feet upriver, reached by walking through the open woodland, is a little muddy inlet where two boats have been abandoned, the small Wye Heron Express and the larger Wye Heron, this one of seven in the 12/60 Trimaran Class, built in 2001. The boats are associated with a seasonal residence just beyond, overlooking a riverside meadow (Wallweir Mead), all private land. The meadow is named after an ancient weir, in existence in the 12th century, which once spanned the river opposite the south end of the meadow, used to maintain deep water for the purposes of raising fish. 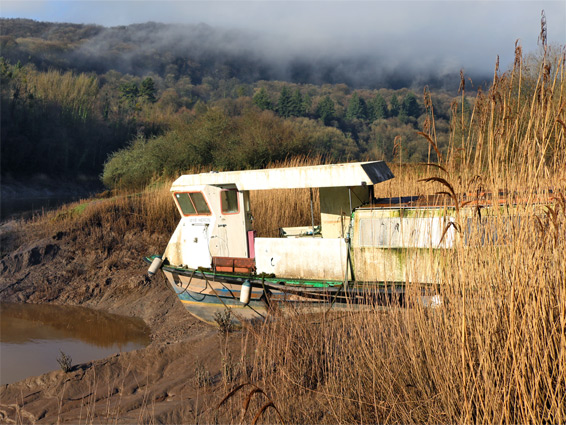 The railway line is overlooked by an intact, furnished though seemingly abandoned building, from Tintern Quarry, the smaller, lower portion of which is adjacent, and fenced off. The road to the quarry climbs the hillside past the entrance to the main excavation site then leads up the east side of The Slade to the initial junction at the start of the walking route, while an alternative way back is via a parallel path to the west, running close to the stream. The quarry has in the past been used for (unofficial) rockclimbing, but this is no longer permitted. A track branches off the main road and descends the various levels of the quarry, which is large and impressive, flanked by dark walls of limestone, and containing a few other small caves. 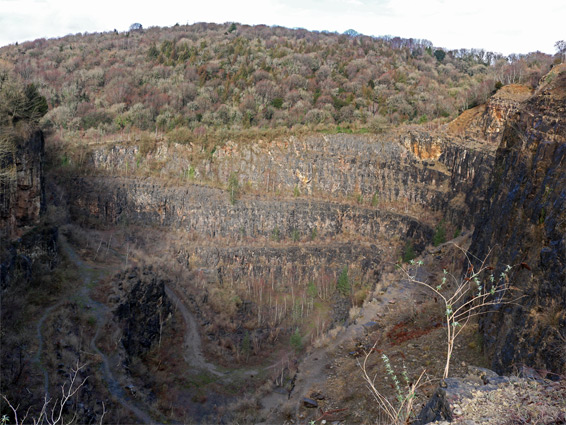