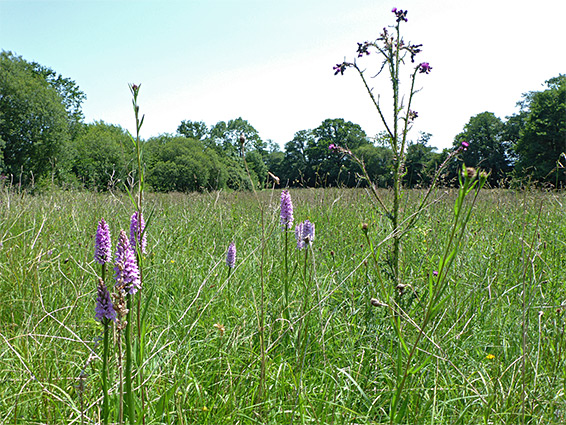 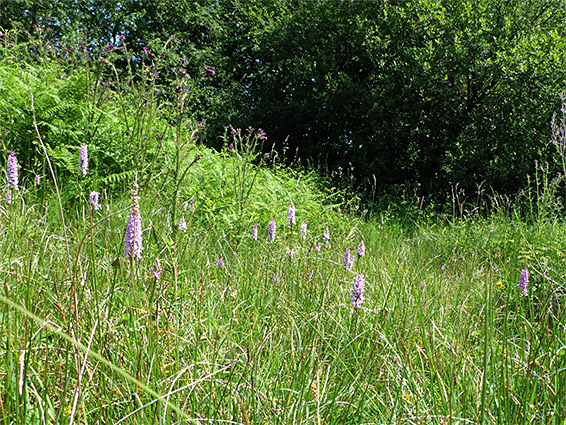 Small, tree-lined field of neutral grassland, with a marshy area at one corner; supports varied plant life, though without any particularly rare species

The majority of the field is generally dry, the exception being towards the northern edge where the ground is boggy, crossed by a tiny, spring-fed stream, which sustains a different set of plants including several species of rush. Other streams flow along the edges of the meadow. The field is also a Site of Special Scientific Interest ('Quebb Meadow'), for being a fine example of herb-rich natural grassland, and is named after Great Quebb, a nearby farmhouse established here since the 15th century.

The nature reserve, which is not signposted and seems very little visited, is reached by a short side road off the A4111, between Kington and Eardisley, a few miles north of the River Wye. Parking is on a verge just in front of the entrance at the southeast corner of the field, from where the land slopes gently upwards to the northwest. The road continues across farmland, narrows to a track and then a path, and is used to access another, more interesting, Herefordshire Wildlife Trust reserve, Upper Welson Marsh. 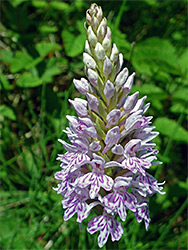 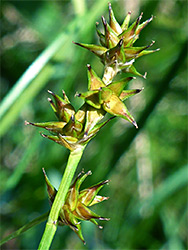 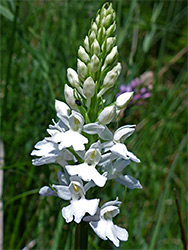