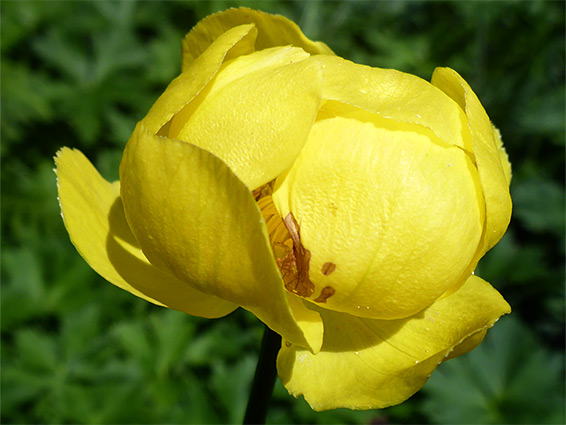 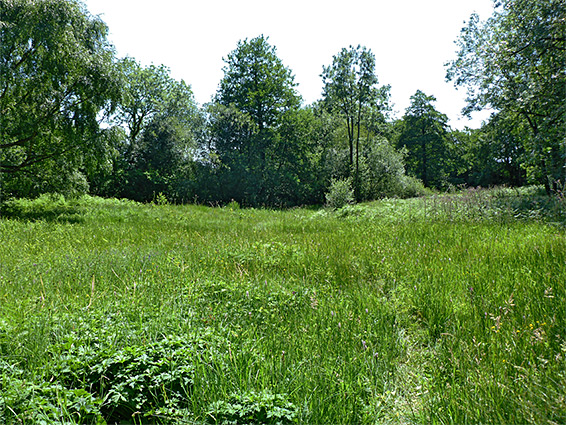 Small, hidden area of marsh and fen, ringed by trees, at the foot of a ridge near the Wye Valley, supporting several rare plant species

The marsh, established here for least two centuries and probably much longer, contains an unusually rich assortment of wildflowers, including several rare species, in particular globeflower, occurring here near the southern limit of its range. Other notable plants are greater butterfly orchid, marsh fragrant orchid, marsh helleborine, marsh valerian, butterwort and petty whin, and also wild columbine, this in the drier areas around the margins.

The nature reserve is not near any paved road, and reached by a walk of up to one mile along tracks and paths across the adjacent famrland. A (free) permit must be obtained before visiting, according to the Herefordshire Wildlife Trust website, though this requirement is not mentioned on the faded sign at the reserve entrance. Plants are in bloom from April to August; there seems to be no reason to visit at other times since the place is not intrinsically scenic and has no long-distance views. 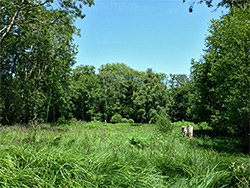 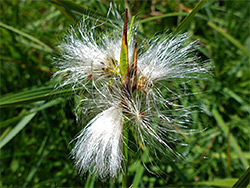 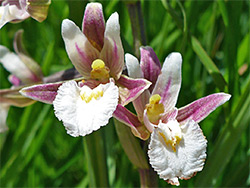 The reserve is approached by two tracks, from the south and east, leading to and past farms, with little or no public parking places. The best place to start seems to be along the road from the east, parking on the verge opposite another small nature reserve (Quebb Corner Meadow), 400 feet from the A4111. From here the marsh is one mile away, along the road which soon becomes unpaved, bearing left near a large farm building, right soon after and continuing to the end of the track, then following a faint path, southwards across a field, through a small patch of woods bordering Upper Welson Farm and finally along the south and west edges of another field up to the reserve entrance, at its northeast corner. The alternative access, from the south, is by walking along the approach road to the farm.

The marshy area, 250 feet across, is surrounded by damp woodland of alder, plus some ash and sessile oak. A path follows close to the west edge of the marsh, mostly through the trees, and visitors are encouraged to stay here however all the interesting plants are within the marshy area, and not visible from the path. Globeflower is widespread across the northern portion, while marsh helleborine, butterwort and others are concentrated in the wetter part right at the centre. The water originates from springs a short distance uphill to the west, and seeps through heavy soils of peat and clay. The nature reserve occupies about half of the SSSI, which extends south to include more woodland and a patch of damp grassland. 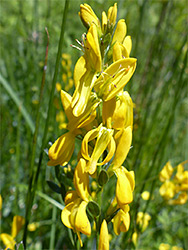 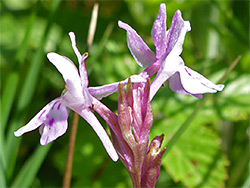 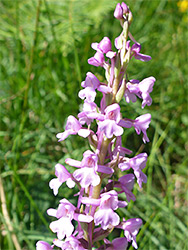