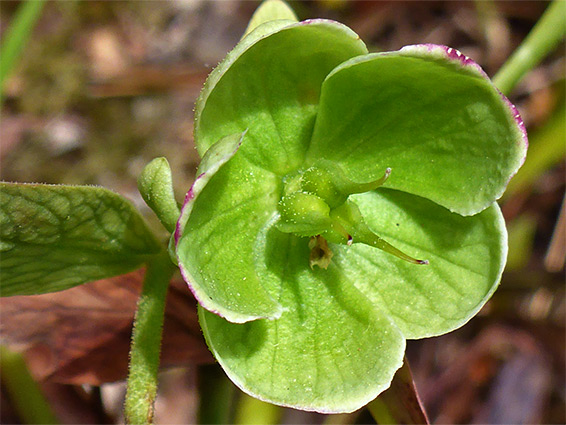 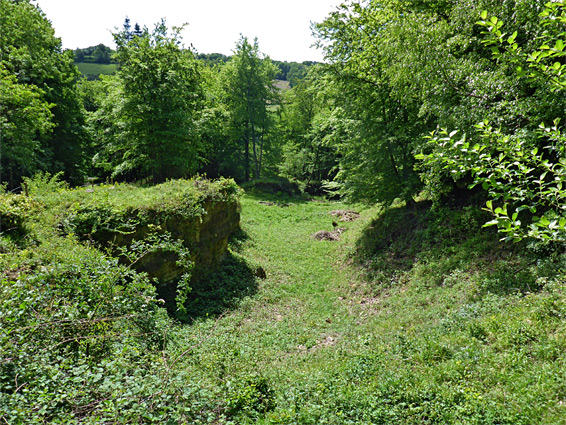 Small, long-abandoned quarry, enclosed by trees, on the south side of a limestone hill (Woolhope Dome); several uncommon plant species

Management
Herefordshire Wildlife Trust
Location
Along a track off Woolhope Road, 7 miles southeast of Hereford; HR1 4QH
Selected Wildflowers
Bitter vetch, carline thistle, heath speedwell, pignut, stinking hellebore, yellow-wort
Rudge End Quarry is a only small excavation, disused for over a century, in limestone strata along the south edge of Woolhope Dome, an oval-shaped area of uplifted sedimentary rocks 4 miles across, next to the River Wye in south Herefordshire, 7 miles southeast of Hereford. This site is not particularly interesting to look at, with irregular, lichen-covered cliffs at most ten feet high, and no long distance views, but notable for the calcareous plants which grow here, in particular the nationally rare stinking hellebore, a short, green-flowered species that blooms at the start of the year, between January and April. Other limestone favouring plants here include carline thistle and yellow-wort.

The quarry is protected as a nature reserve, and is also a Site of Special Scientific Interest, because of the plants and also the geology; the exposed strata, nodular, clay rich-limestone, contain a range of marine fossils, and are split at one point by a strike-slip fault. Fossils can sometimes be unearthed in the scree the base of the cliffs, though for most of the year the place is overgrown and most of the rocks are hidden by vegetation. 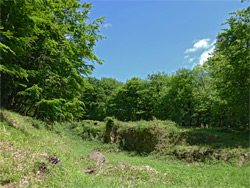 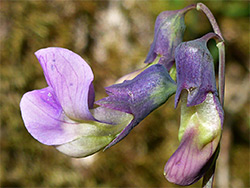 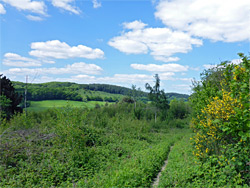 The quarry is identified only by an information board at its northern end, along a path, and seems to be entirely enclosed by a low fence, though this is easy to climb over. The path starts 350 feet south along a byway, which in turn meets a road 500 feet southeast - a quiet lane running between Fownhope and Woolhope. There is space for at most two vehicles at the road junction, right opposite a white house.

The beech, ash and oak woodland surrounding the quarry is part of Haugh Wood, a large error covering most of the northern part of the dome and incorporating one other nature reserve (Pentaloe Glen). The path rises gently alongside the eastern edge of the quarry soon entering a wider open corridor, while the west edge of the excavation is more shady, lined by tall trees. The stinking hellebore plants are scattered along the western edge and around the north end. The main cliff face in the quarry is about 110 metres long and slightly taller only towards the south, where the floor has been dug out to a lower level. 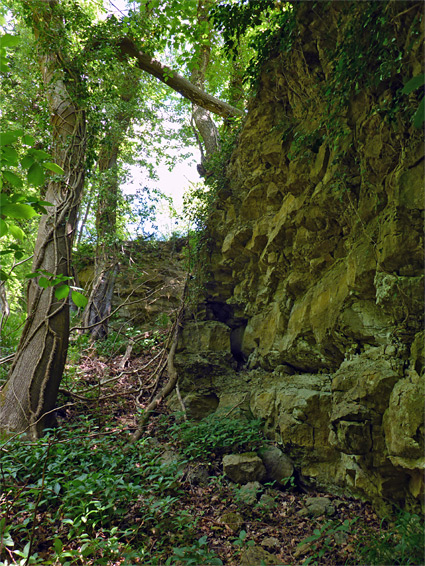