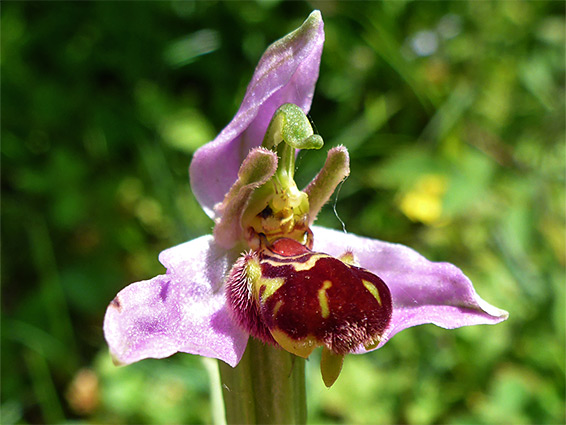 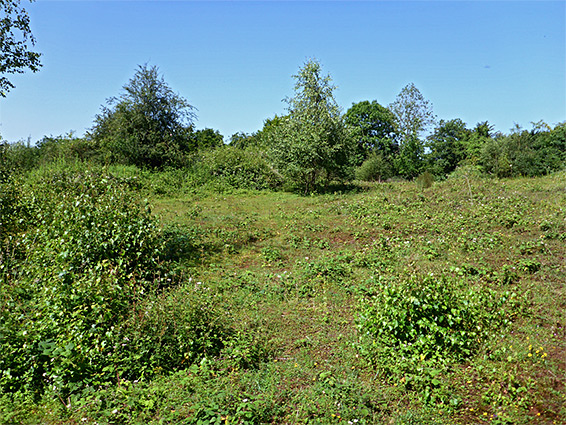 Twelve acres of ancient woodland, scrub, and wet and dry grassland, on high ground above the valley of the River Wye

White Rocks Nature Reserve is one of several protected areas in The Doward, a hilly area rising above a wide bend on the River Wye, in far south Herefordshire near the Welsh border. The reserve is named after some nearby limestone exposures, though doesn't seem to contain any visible rocks itself; instead there is a mix of woodland, scrub and grassland, quite moist in some places due to seeps and boggy patches. Trees enclose the reserve on all sides so there are no long distance views, and also no single feature of particular interest; instead the attractions are the wildflowers in spring and summer, the ancient trees, and the peaceful atmosphere, since the place is not much visited, not signposted apart from at the entrance, and reached only by narrow, lightly travelled roads.

The White Rocks reserve is just a few hundred feet from the entrance to King Arthur's Cave, another Herefordshire Wildlife Trust location, and also right next to the side road to Biblins Camp, a youth activity centre right beside the River Wye. The camp, which is open to the public, includes a suspension footbridge to the far side of the river, leading to more extensive ancient woodland, so although the nature reserve does not have too much to offer and can be explored in just half an hour or so, there is plenty more to see in the vicinity, including a network of trails through the surrounding forest. 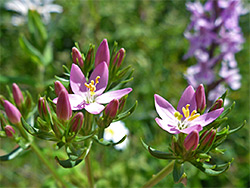 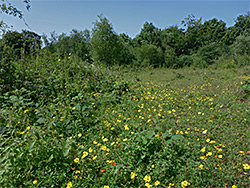 The nature reserve is a few hundred feet northeast of the Biblins turn off, one mile from the A40 and four miles from Monmouth; at the gate is parking space for several vehicles. Besides the ancient trees, the reserve includes an area formerly used for quarrying, subsequently covered by landfill, and now transitioned to grassland, and also a couple of ruined stone buildings, towards the north edge. One path loops all around the perimeter, through the grassland and trees, while another cuts across the middle. The trees are a mix of oak, ash and beach, most of which have been managed by coppicing over the last few centuries. Bluebells are numerous in spring, while in summer the most notable wildflower is the bee orchid.