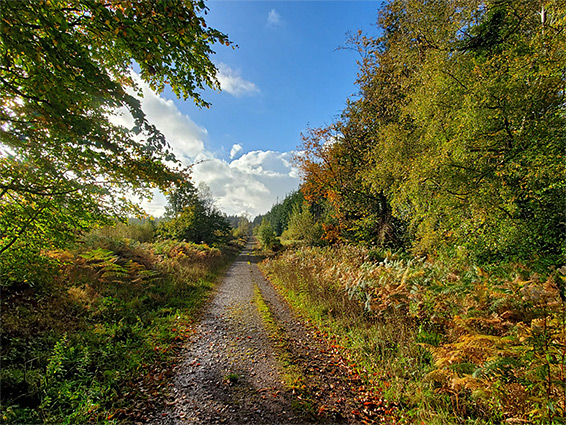 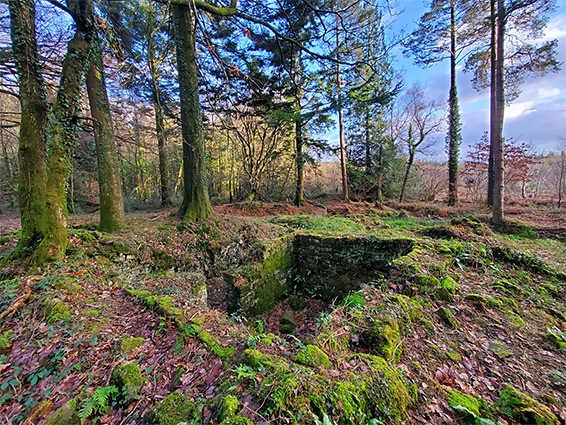 Conifer plantation on elevated ground above the Wye valley; an ancient woodland site, once a royal hunting ground. Retains some pockets of native deciduous trees

Three miles northwest of Chepstow above the Wye valley, Chepstow Park Wood is a conifer plantation with patches of native deciduous trees, on an ancient woodland site, once a Royal hunting park; part of the former estate of Chepstow Castle. The wood occupies a triangle of land 1.5 miles across, centred on a 932 foot hill and extending across the slopes below, to the south and east. The hill is crossed by various tracks and paths, some straight, created when the plantation was established around the end of the 19th century, others narrow and winding, probably here since medieval times.

The conifers, mostly Scots pine, cover the vast majority of the land, and approximately two thirds are mature, the reminder recently-planted, while the deciduous trees - beech, ash and oak, are found in pockets, especially around the perimeter and along some of the tracks. The place is managed by the Forestry Commission and is open to the public without restrictions, yet seems to be very little visited. Verges and open areas have a few patches of heath vegetation, reflecting the acidic soils of the underlying rocks, the Tintern Sandstone Formation, but wildflowers are limited.

The wood has a definite feeling of solitude, and isolation, and some locations have good long distance views, east across the Severn Vale and west towards the Black Mountains. Two features of note are the earthworks from an ancient structure, probably a hunting lodge, and a disused, Victorian-era, spring-fed reservoir, now a picturesque reflective pond surrounded by oak trees. 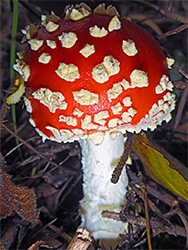 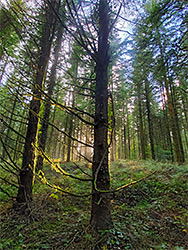 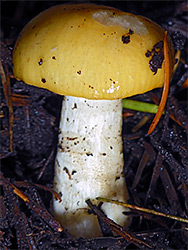 Chepstow Park was established in the late 13th century by Roger Bigod, 5th Earl of Norfolk, shortly after he inherited Chepstow Castle from the Marshal family. The partly wooded land was enclosed by a timber fence and used to raise deer and oxen, and possibly for falconry. The wood reverted to the Crown on the heirless Roger's death in 1306, and there were no major changes until the park came into the possession of Henry Somerset, 5th Earl of Worcester, in the 1630s; it was he who erected the stone wall that still encloses much of the woodland today, up to six feet tall. The park is thought to have been used for deer coursing, a relatively rare activity. The wall incorporates six original entrance points, probably established in the 13th century, one from the southeast at Pen-y-park Farm, thought to be the original gateway, being closest to Chepstow Castle. Another is from Devauden in the northwest, notable for the sunken lane leading from it, a sign of antiquity. Use as a deer park ceased sometime around 1800, and the Scots pine plantation was established in late Victorian times. 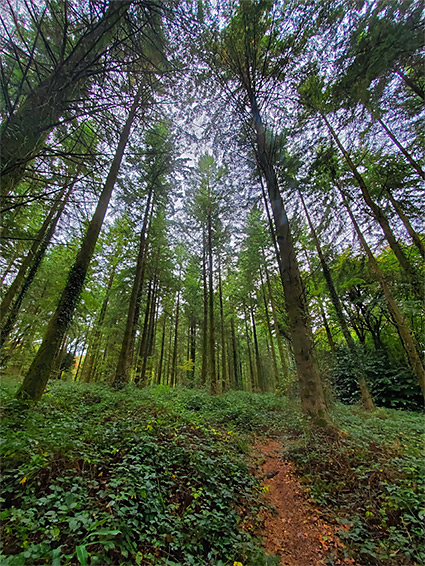 The one designated car park for Chepstow Park Wood is along the north edge, on Devauden Road, adjacent to other forested areas (New Wood and Fedw Wood) this towards the south end of an near-continuous wooded belt that stretches many miles northwards along the Wye Valley. Other access points, with limited parking, are along the B4297 that parallels the west edge, and at the end of a short road at the southernmost tip; this passes an entrance used by the Forestry Commission (no parking here), and terminates near several houses. Wide tracks connect the various entrances, climbing the slopes and linking with a straight, east-west route across the centre. The old reservoir is near here, accessed from a path on the south side, with two overgrown, spring-fed ponds a short distance northeast. A seasonal stream flows southwards from the reservoir down a shallow ravine, and there are two more springs towards the lower end of a similar ravine close by to the west. The earthworks are right beside the east-west route, opposite a junction - a circular embankment enclosing a ditch that contains a vaulted spring, while in the middle is a mound centered on the low stone walls of three rooms, thought to be the remains of a hunting lodge associated with the deer coursing, and constructed around 1630. 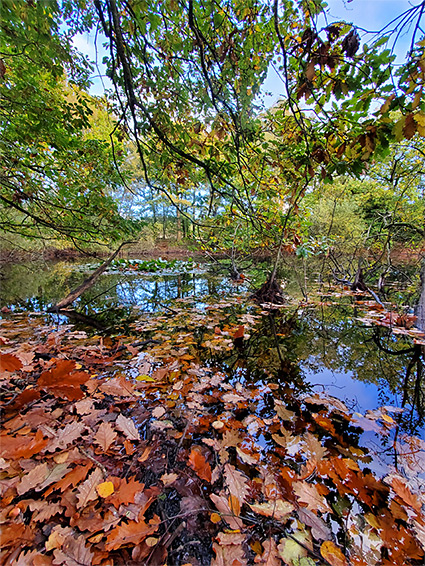