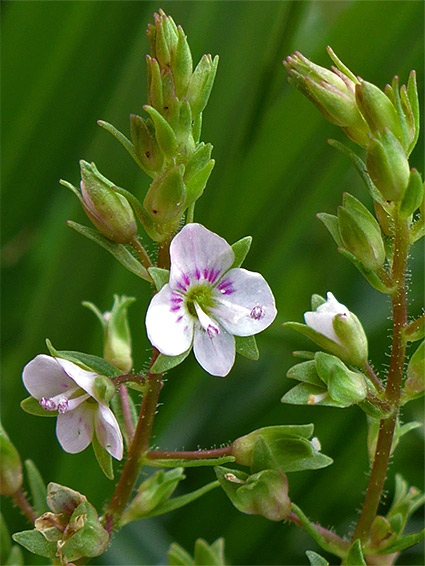 Pink water speedwell (veronica catenata), Pilning, South Gloucestershire
Common name:
Pink water speedwell
Family:
Plantain (Plantaginaceae)
Scientific name:
Veronica catenata
Main flower color:
Pink
Range:
England and Wales
Height:
Up to 20 cm
Habitat:
Damp grassland, seeps, pond margins
Flowers:
The corolla is whitish to pale pink, crossed by darker pink veins which do not extend to the margin; it has four lobes, the lower about half the width of the other three. Sepals are oblong, and about half the length of the corolla lobes. Flowers are subtended by a green bract, longer than the flower stalk, and they form in pairs from the upper leaf nodes
Fruit:
Green, flattened capsules with a small notch at the tip, attached by stalks held at around 90 degrees to the stem
Leaves:
Hairless, narrowly ovate, with pointed tips
Season:
June to August
Rarity:
★★★★★ 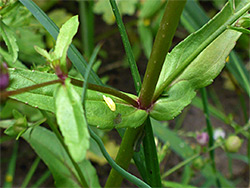 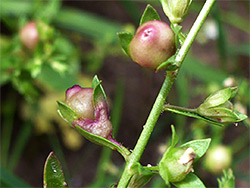 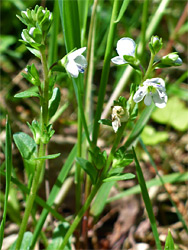 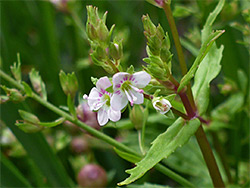 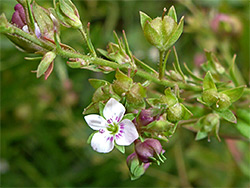 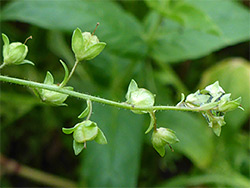 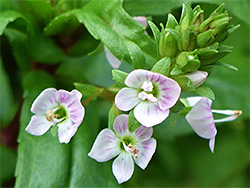 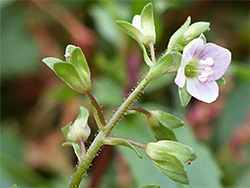