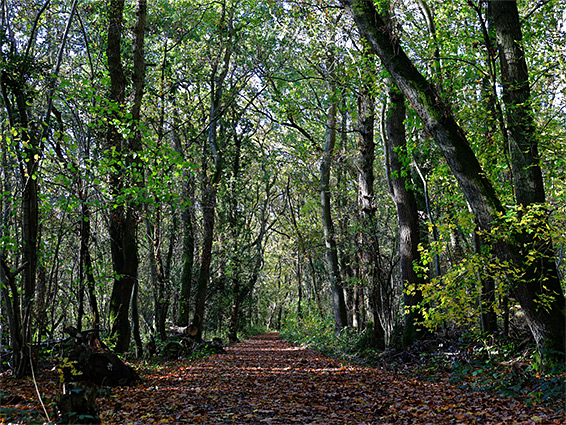 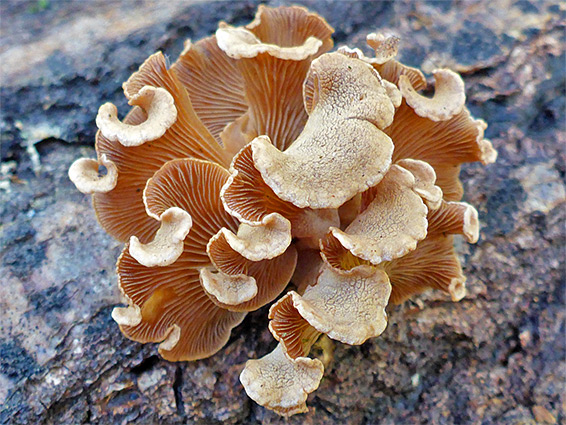 A nature park, a wildflower meadow and two sizeable woodland areas, one containing ancient oak trees; crossed by a network of paths and tracks

Management
Wiltshire Wildlife Trust
Location
Along the A350 on the east side of Trowbridge; BA14 6DU
Photo Tour (24 images)

Just east of Trowbridge in west Wiltshire, the Green Lane Woodland Complex is a 224 acre nature reserve that contains a wildflower meadow and a larger grassland area that will be developed as a nature park, though the main components are two woods, Green Lane and Biss, separated by a small field. Both are ancient woodland sites, and both occupy less than half their original area; Biss Wood was completely felled in the 1950s, with the eastern section (about 40%) replanted with a mix of deciduous trees and a few conifers, the remainder being left as farmland, while the western half of Green Lane Wood was also cut down around the same time, and also subsequently farmed, but the majority is now occupied by a recently developed housing estate. This wood is the larger of the two and contains mainly oak trees, some quite large and impressive, though other areas have been regularly coppiced so many of the trees are quite small.

The two woods are similar in character in that the land is completely flat, and generally damp, crossed by a few drainage ditches that may contain shallow water, and also by a network of tracks and paths. The undergrowth is relatively light, allowing for off-trail walking, while both woods are good for birds, bats, wildflowers (including greater butterfly orchid, stinking iris and common Solomon's seal), fungi, and autumnal leaf colours. The complex is named after an ancient lane to the north, once crossing open farmland and lined with stately trees; it is now a path through a residential area. 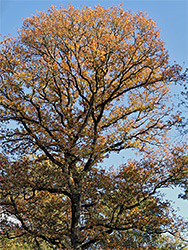 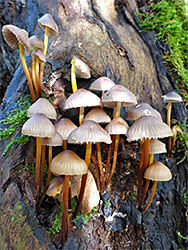 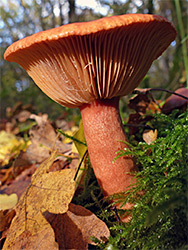 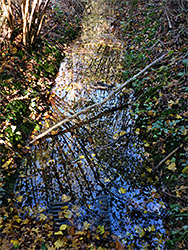 The main, and closest access to the nature reserve is from a layby along the A350 which runs past the east edge of Green Lane Wood, but this may be closed in which case approach is from the far side along a short road (Huntingfield) off Leap Gate, at the edge of the housing estate that occupies part of the original woodland. Opposite the main entrance, on the east side of the A350, is a smaller wooded area (Smith's Well Wood), also part of the reserve. From this roadside entrance, a track heads west all the way through the wood then meeting with a path through the nature park, another heads south, and narrower paths branch off, one following a broad open corridor that divides Green Lane Wood into two sections, created during installation of some powerlines, which continue south along the western edge of Biss Wood, also bisected by several tracks. The north edge of this wood is bordered by Jubilee Wood Scout Camp, a grassy enclosure in which many trees will soon be planted in conjunction with Wiltshire Wildlife Trust, effectively increasing the size of the adjacent woodland. Each wood also contains a small pond; that in Green Lane Wood has formed within a WW2 bomb crater. 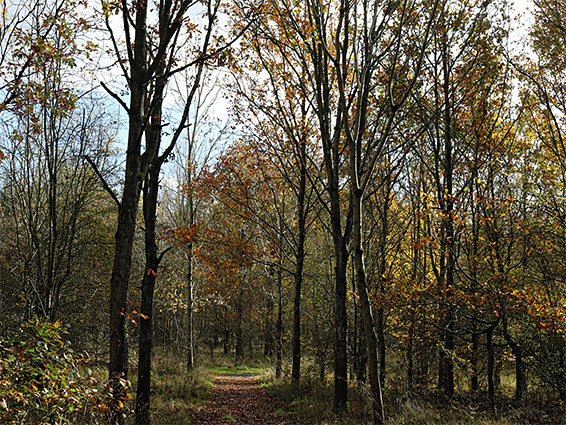