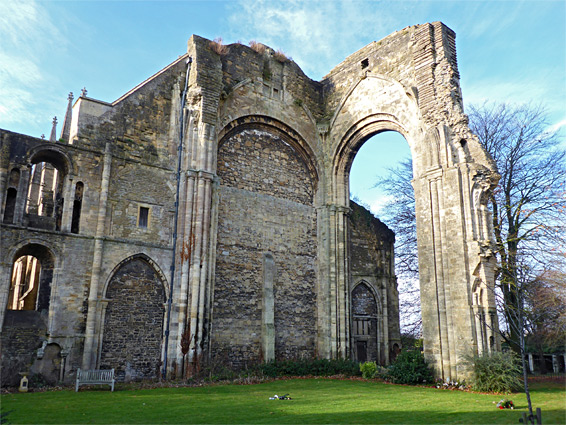 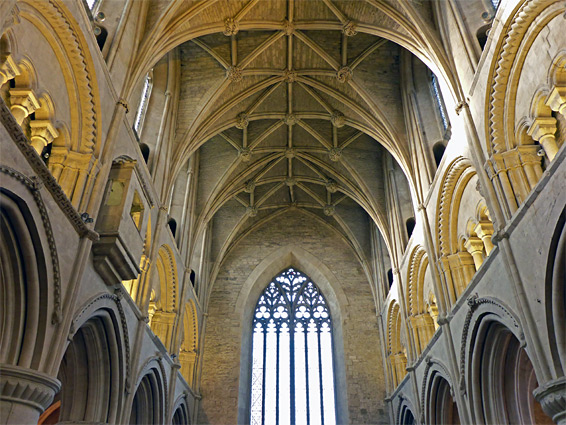 Parish church occupying part of an older, much larger Norman abbey, partly destroyed in the 1500s; once amongst the largest in England

In common with hundreds of other Catholic religious centres, the grand church of Malmesbury Abbey was partly destroyed in the 16th century, though not, as was generally the case, as a consequence of Henry VIII's Dissolution of the Monasteries; instead, two separate collapses, one following a great storm, resulted in less than half the original structure surviving. The second occurred around 1550, by which time the abbey, having still been affected by the dissolution, had been re-designated as a parish church, a role it continues to fulfil today.

There are many other examples of churches currently in use which incorporate sections of older abbeys, but Malmesbury is unusual in that significant elements of the original structure are still evident. The church occupies about two thirds of the abbey nave, plus an additional part of the south aisle; relics from the larger building include walled-up arches at various points around the west end, three open arches above (once framing the missing section of the nave), and most spectacularly, to the east, where a large part of the south transept wall and a huge arch separating the choir from the north transept can be seen. These contain several windows, doorways, elevated walkways, and other architectural features.

The church is enclosed by a sizeable lawn, with a graveyard on the south side and the cloisters to the north, now just a grassy square; the original abbey extended another 200 feet east, on land that is now partly beneath a private residence, but mostly within the Abbey House Gardens, a separately-managed attraction. The building here, which dates from about 1260, was originally lodging for the abbot, and is complete and undamaged, while the gardens are also authentic, and include yew hedges planted along the position of some of the missing walls of the abbey, parts of the lady chapel and presbytery. 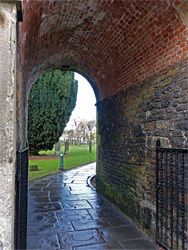 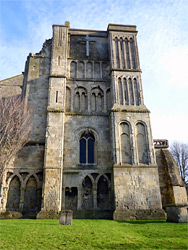 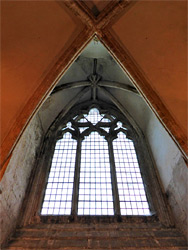 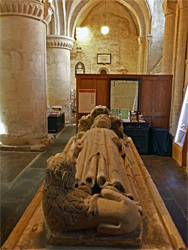 The abbey church is built on a slight hill in the centre of Malmesbury overlooking the Tetbury Branch of the River Avon, which flows through a deep, wooded, steep-sided valley. The nearest parking is a short distance south along Market Lane, and the approach from here is past Malmesbury Market Cross, a decorative, octagonal structure built at the end of the 15th century, probably using blocks that were once part of the abbey. To the west, a path through a short, arched passageway leads to the graveyard and then on to the church, for which entry is free though donations are appreciated. The only entrance is through the south porch, the interior of which dates from the mid 12th century, in common with the majority of the original structure, and is decorated by two opposite panels of fine carvings, depicting the twelve apostles, six on either side. Outside, the front of the south porch is formed of an arch with eight concentric sections, or orders, all embellished by even more elaborate sculptures. The arch is unusual for being cast in a continuous moulding, without separate components for the verticals and the semicirculars. Yet more twelfth century carvings are found on the tympanum, or majesty, a panel above the inner door, which leads into the church. 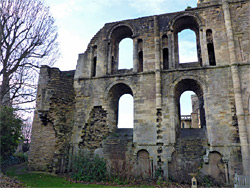 Wall of the south transept 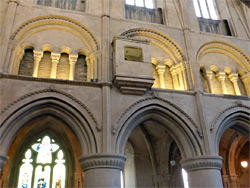 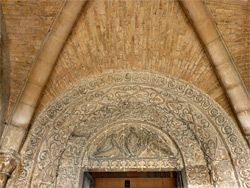 Originally, the south porch opened to the south aisle of the abbey nave about a third of the way from west to east, however the western third of the nave was destroyed when the west tower collapsed around 1550; the current church occupies the remaining two thirds. The full length of the south aisle remains, and the westernmost section forms a narrow corridor. The east wall, beyond the altar, contains a huge arch that once framed the entrance to the choir. The wide supporting columns are all original, separating the nave from the north and south aisles. The north aisle contains a cafe, gift shop, some historic exhibits and, most famously, an effigy of King Athelstan (grandson of Alfred the Great), who was buried in the abbey in 939. The bones were re-interred a short distance away about two centuries later, under what is now the Abbey House Gardens though precise the location is unknown; the effigy, and the empty tomb beneath, was made in the 15th century. Apart from the various walls that filled in gaps left by the two collapses, and therefore added in the 1500s, nearly all of the building is 12th century, the main exceptions being additional walls enclosing the south porch, and the parvise above, which were added in the early 1300s. The parvise is an enclosed chamber, originally housing a library of fine manuscripts, now used as a museum. One other notable feature is the watching loft, or musician's gallery, a small enclosure above the south aisle, projecting slightly over the nave; its purpose is uncertain. 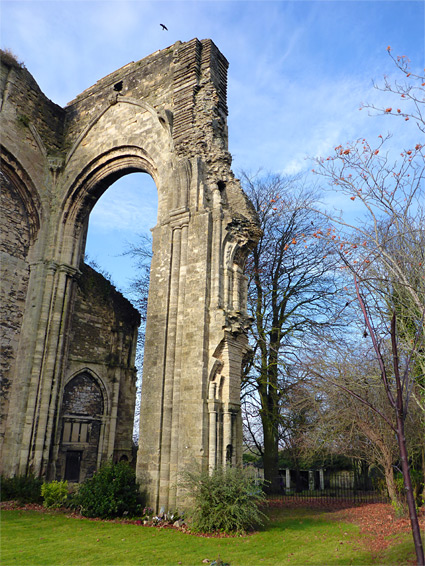 The Benedictine monastery at Malmesbury was one of the longest established in England, founded in the late seventh century, and remaining in continuous use until the suppression in 1539. The earliest church was built around 700 by Aldhelm, the second abbot (and later a saint), though this was soon replaced by a series of stone buildings, on a site now occupied by the graveyard, and this endured for several centuries until construction of the much larger abbey in the mid 1100s. At its peak the abbey was the third most important religious institution in the country, behind Winchester and Canterbury, and the church boasted the third tallest spire in England (431 feet), behind only Lincoln Cathedral and Old St Paul's Cathedral. The spire and its supporting tower fell shortly before 1500, also destroying the east end of the abbey, however following the transfer to the Church of England in 1541, and the other collapse around 1550, the building has remained largely unchanged, the most eventful subsequent period being during the English Civil War, when it was captured and recaptured several times by the opposing factions. 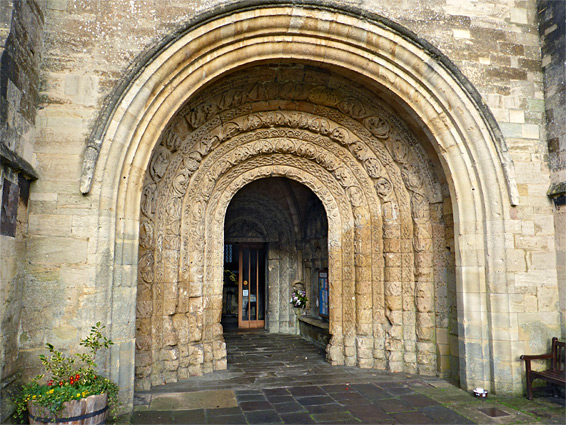