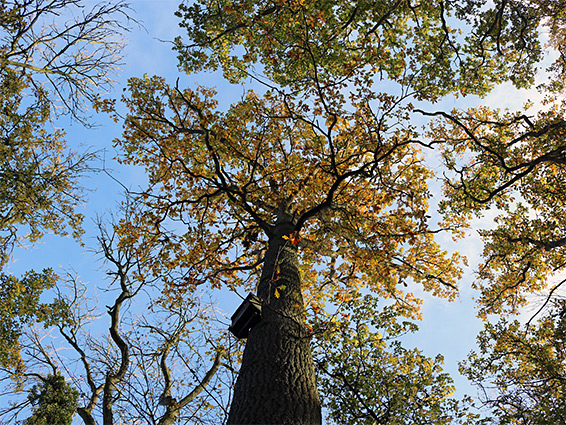 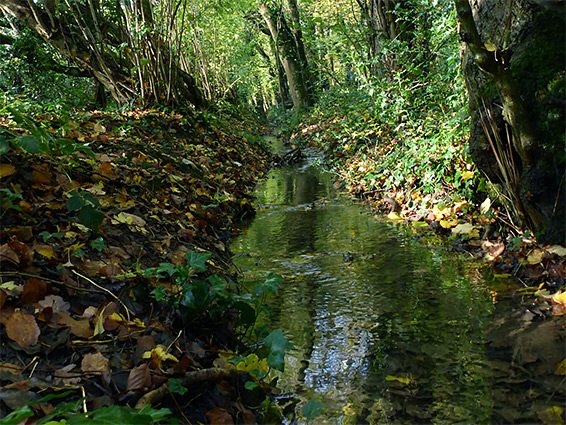 Rectangular block of semi-ancient oak, ash and maple woodland at the west edge of Chippenham, enclosed by houses on three sides

Vincients Wood, along the western edge of Chippenham, is a rectangular block of semi-natural, partly ancient, broad-leaved woodland, mostly oak, ash and maple, large enough to be quiet and atmospheric in the middle, despite being bordered by houses on three sides and by the busy, and noisy, A350 on the other. The majority of the wood is a nature reserve, 14 acres in size, managed by Wiltshire Wildlife Trust.

The reserve is home to a small selection of ancient woodland indicator species such as bluebell and wood anemone, and is also good for fungi, being generally shady and moist, with two small streams running along its north and south edges. Birds living here include great spotted woodpecker, blackcap and nuthatch.

Though now within the suburbs, until relatively recently the wood was part of the countryside, surrounded by fields and not near any roads. It is divided into two sections by a medieval woodbank, running approximately east to west; trees in the smaller southern section (one third), are generally older as those to the north were routinely felled for timber, prior to World War II. The boundaries of the nature reserve exclude a triangle of land to the southwest as this contains the more recent growth. 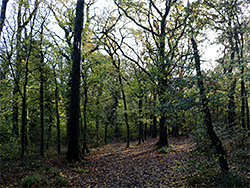 Path through the woods 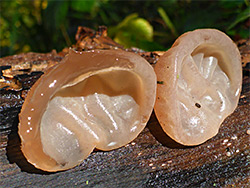 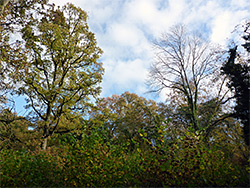 Vincients Wood Nature Reserve has three entrances, the main one to the north, along Moss Mead, a residential street. From here one path bridges a stream and crosses the nature reserve to the southeast entrance, along Brittain Close, while a circular route follows close to the perimeter of the wood, and several other paths connect the two. The woodbank, and parallel ditch, is still quite evident and is crossed by paths in four locations. A few parts of the wood are more open, kept clear by coppicing, but most is enclosed and rather dark. The wettest section is near the south edge, where a stream flows eastwards through the trees, forming a few pools and boggy patches. 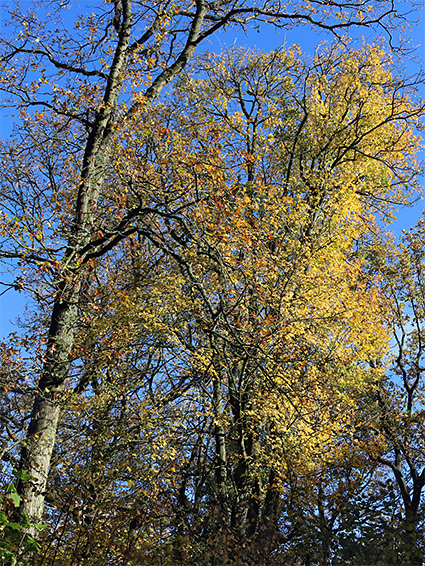