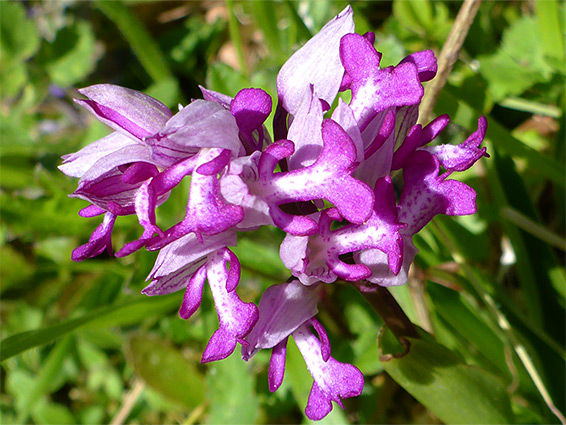 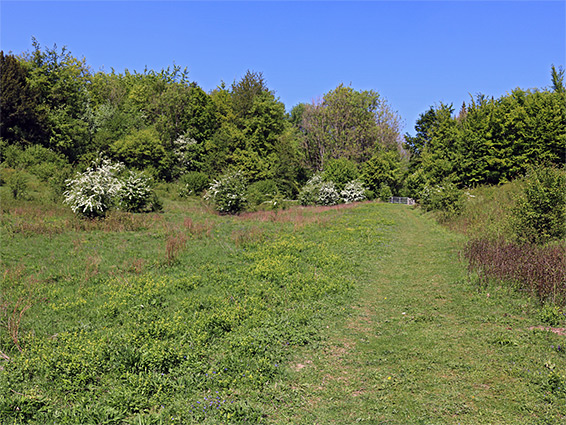 Small area of beech/spruce woodland and chalk grassland in the Chilterns, supporting rare plant species including the military orchid

In southwest Buckinghamshire within the Chilterns, Homefield Wood contains a mix of beech and spruce plantations plus fragments of natural woodland, with other trees including whitebeam, sycamore, yew, laurel and ash, extending over gently-sloping land either side of a shallow valley. The wood has been modified by forestry operations for at least the last 200 years, though a few more ancient trees survive, and the chalky soils support an unusually wide range of wildflowers, in particular orchids, some such as fly orchid and white helleborine in the deep shade beneath the trees, and others in the small patches of open grassland, and of these, by far the most uncommon is the military orchid, orchis militaris, which although quite widespread in western Europe is in the UK found (naturally) at only two other sites, both in Suffolk.

The orchids at Homefield Wood are protected both as a nature reserve and a Site of Special Scientific Interest, occupying just one small section of the woodland along its eastern edge, accessed by a minor road 5 miles northeast of Henley-on-Thames. One other particularly rare and beautiful wildflower found here is the Chiltern gentian, while six other orchids are bee, common spotted, fragrant, greater butterfly, broad-leaved helleborine and common twayblade. 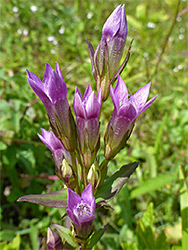 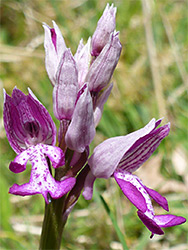 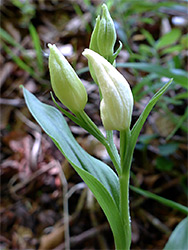 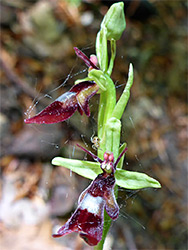 The nature reserve is not signposted from the road (Bockmer End), only by a notice a little way down the access track into the Forestry Commission plantation, which is guarded by a locked gate, and open for cycling and pedestrians only. There is parking space for several vehicles in front of the gate; a secluded location, along a little-used road. The reserve extends for a quarter of a mile along the north side of the track, and contains a grassy meadow at the eastern end, crossed by a tiny seasonal stream, with a couple of smaller open areas at the centre, and trees all around the perimeter. From the notice by the entrance, one path heads north, over a style, across the meadow and into atmospheric beech woods (location of the fly orchids), while another path branches off westwards through more mixed woodland including spruce. Most of the wildflowers, including a few of the military orchids, are in the meadow, though the majority of the military orchids, over 500, and a similar number of the Chiltern gentians, are in the other main open area to the west, which is enclosed by a fence to protect the plants, and it seems that (at least at some times of the year) the public are not meant to enter. This area is kept clear of encroaching scrub by a combination of volunteer work and sheep grazing. The military orchids are in bloom late in May, the Chiltern gentian in August/September and the majority of the other wildflowers in midsummer, so at least three visits would be required to fully appreciate all the different plants. 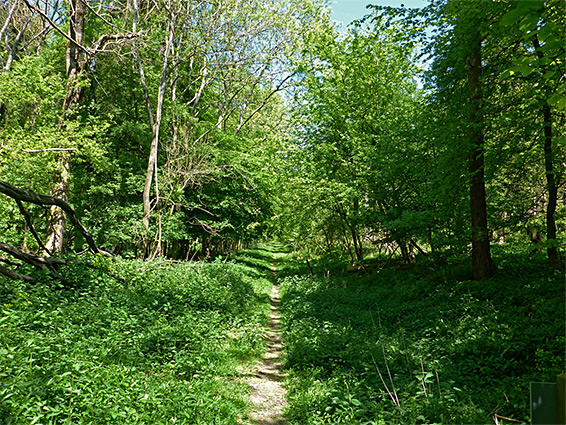