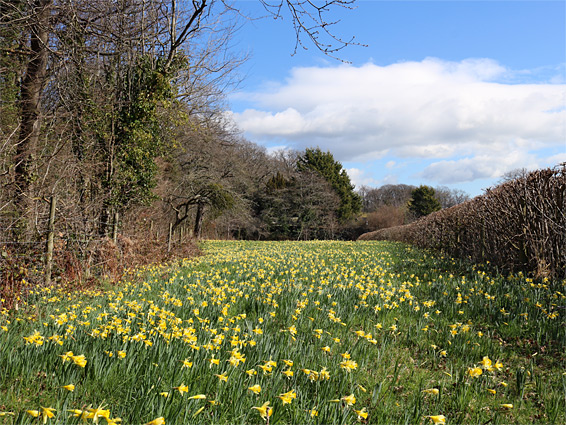 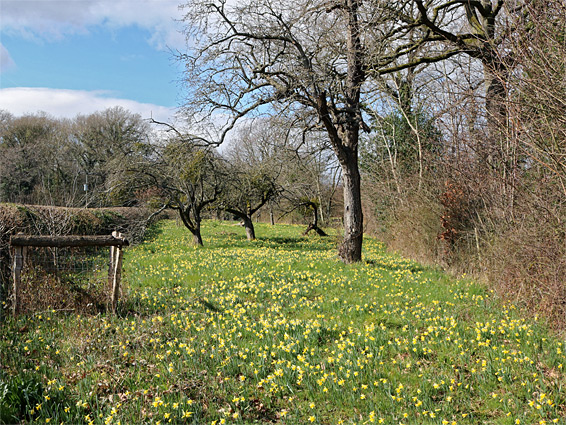 Two small fields filled with wild daffodils in the spring, and a selection of other wildflowers; part of the 'Golden Triangle'. The fields also contain a few fruit trees

The fields, both narrow, extend east-west along a country lane 2.5 miles northwest of Newent in west Gloucestershire - part of the 'Golden Triangle', a mosaic of meadows and woods where wild daffodils are still abundant, unlike in many similar areas where they were once found but have since disappeared, due to loss of habitat and cross-pollination with cultivated varieties.

The fields also contain a few fruit trees (apple, pear and plum) from a former orchard, associated with Wain House, an old farm to the east, while to the north the fields border a patch of ancient woodland, Greenaway's Wood, which also contains many wild daffodils. The fields were transferred to the Forestry Commission early in the 20th century, then purchased by Gloucestershire Wildlife Trust in 1987. The fields, and the woods, are underlain by clayish siltstone from the Raglan Mudstone Formation.

The two fields are separated by a track, leading north into the woods, and there is parking space for a couple of vehicles at the entrance. Both have a gate, allowing easy access. In spring, paths develop around the perimeter, and visitors are requested to stay here, to avoid trampling the flowers. 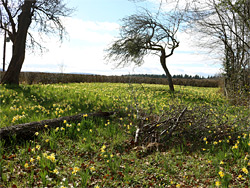 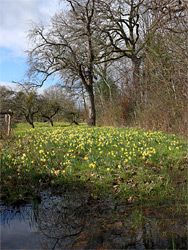 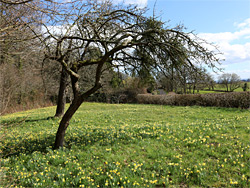 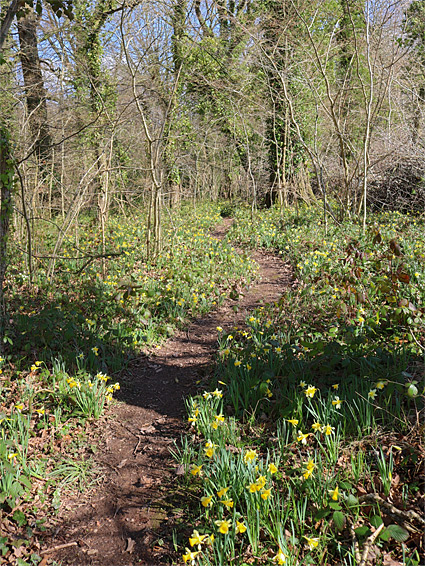