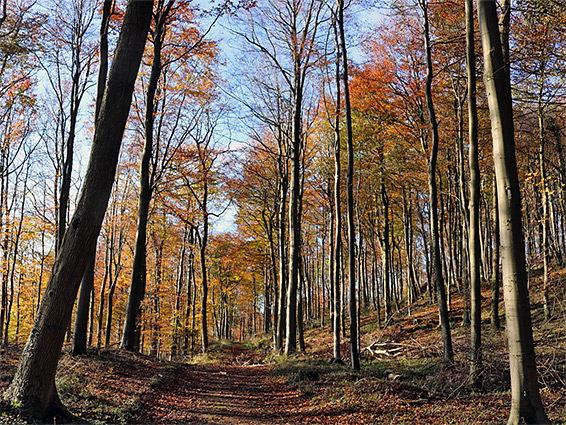 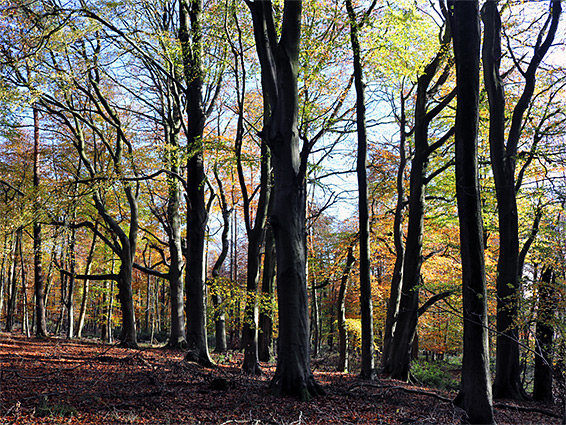 Four miles northeast of Stroud, Saltridge Wood is one of the six named woodlands that, together with six areas of grassland, make up the Cotswold Commons and Beechwoods National Nature Reserve, extending over five miles around the limestone slopes of the Painswick Valley, part of the convoluted west edge of the Cotswold escarpment. Like all the forested regions, trees in Saltridge Wood are mainly beech, together with alder, wych elm, oak and ash, growing on sloping terrain on the east side of the valley, in a wide band around half a mile in length, merging with other woods to the north (Saltridge Common) and south (Lord's and Lady's).

This location is as good as any in the Cotswolds for rich leaf colour in the autumn, especially in the afternoon when the trees catch the low angle sun from the west, and, as with all parts of the NNR it is also noted for fungi and for ancient woodland flora, with such species as bird's nest orchid, herb paris, narrow-lipped helleborine, common wintergreen and stinking hellebore.

The wood is not adjacent to a road so is not so much visited but still quite easily reached, lying along a 2 mile path from Sheepscombe to Cranham, and also accessed from a narrow lane to the west. A signed 1.5 mile walking route loops around the perimeter of the wood while other tracks cross the interior. 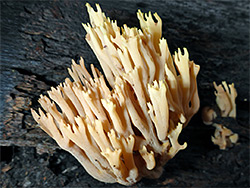 The quickest entry to Saltridge Wood is from a narrow, undesignated lane that runs past to the west, separated by a field - parking for a few vehicles is possible in a muddy layby opposite the start of a short, uphill, tree-lined track that leads to the northwest corner of the wood, where an information board has a map outlining the course of the loop path, for which one section heads southwest close to the lower edge of the trees and the other climbs the hillside to the upper edge. A third track leads northwards into the adjacent Saltridge Common Wood, and on to Cranham village. On top of the hill the path emerges from the trees to a four-way junction, with two other routes north and the loop continuation south, along the upper (east) edge of the wood, to another multiple intersection at the boundary of Lord's and Lady's Wood. 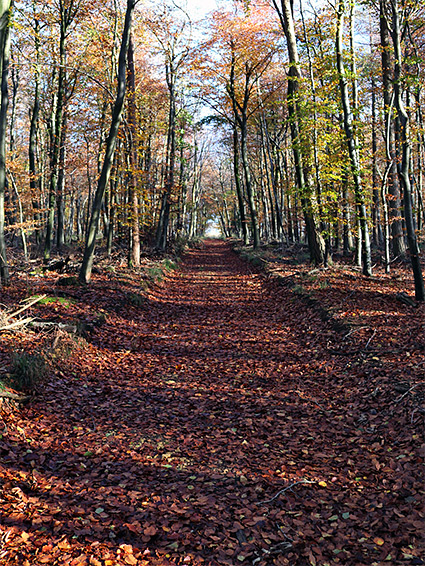 Saltridge Wood has two sections; the original component is all across the sloping ground, while the flat area to the east, incorporating the summit of Saltridge Hill (840 feet), is a more recent plantation, established early in the 20th century, also containing some beech trees, mixed with conifers; the beech here are generally smaller than the older trees lower down. One track follows the rim of the valley, between new and old woods. In the older section, the ground towards the south is generally drier, with less undergrowth, receiving more sun as it is angled to the southwest, while the remainder covers a northwest-facing slope so is always damper and shadier, with more secondary vegetation. 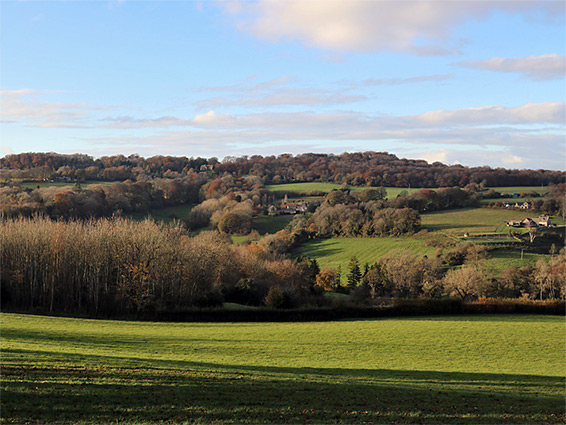