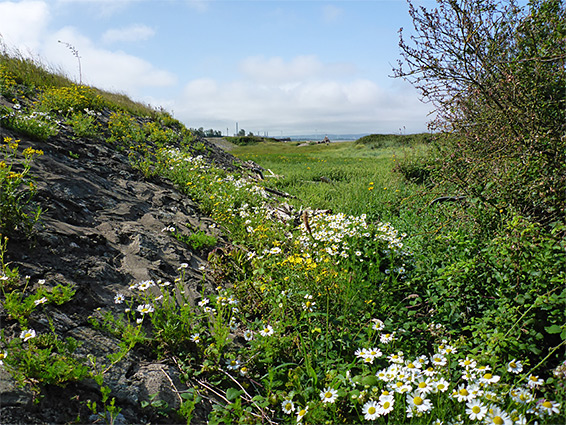 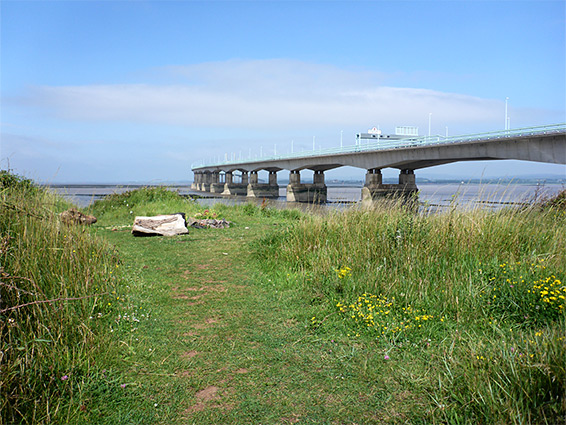 Three miles of flat Severn Estuary coastline, mainly saltmarsh with some sand and shingle; good for wildflowers, and views

South of the original Severn Bridge, the three miles of coastline from Severn Beach to Avonmouth is entirely flat, the Severn Estuary bordered by a band of saltmarsh with mud flats below, and grassland and scrub above, plus stretches of sand and shingle. The immediate scenery may not be so special, but the views across the Bristol Channel towards Wales are always good, and the mixed habitats support many wildflowers, both saltmarsh and other coastal species.

The northernmost part of this section of the coast is the most interesting, and best for walking, since about halfway to Avonmouth the coast path (also the Severn Way) veers inland, after crossing the Severn Beach railway, and further south the surroundings become steadily more industrial.

From Severn Beach, the southwards walking route starts off on the sea wall, initially alongside sand and pebbles, then overgrown grassland, before transitioning to a narrow path running between the saltmarsh and the railway, the crossing point of which marks a natural end to the hike, 1.5 miles from the bridge, since beyond, most views from the path are of the developed neighbourhood to the east. 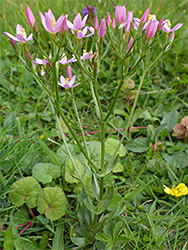 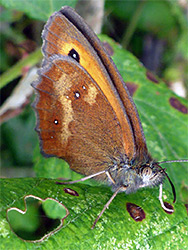 Gatekeeper on a leaf 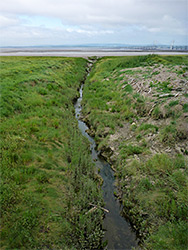 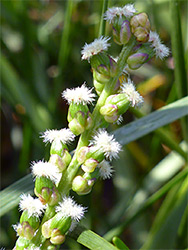 Beach Road in Severn Beach has plenty of parking spaces, next to a lawn - a popular picnic area, below the sea wall. To the north, the wall passes under the Severn Bridge to New Passage and Pilning, and just south of the bridge is a patch of slightly higher ground with a good wildflower selection, lined by pebbles and sand. South of here is a longer section of shingle, the most beach-like area, which gradually narrows, the stones replaced by mud. On the far side of the houses in Severn Beach, the wall moves a little further inland, as the mud gives way to grassy saltmarsh, and the wall ends in another half a mile, at a point reachable by a track off Severn Road, the A403. A path continues south through more overgrown surroundings to a small stream, New Pill, where it crosses the railway and for over a mile runs through similarly bushy land, now out-of-sight of the sea, before ending at an intersection with Smoke Lane in Avonmouth. 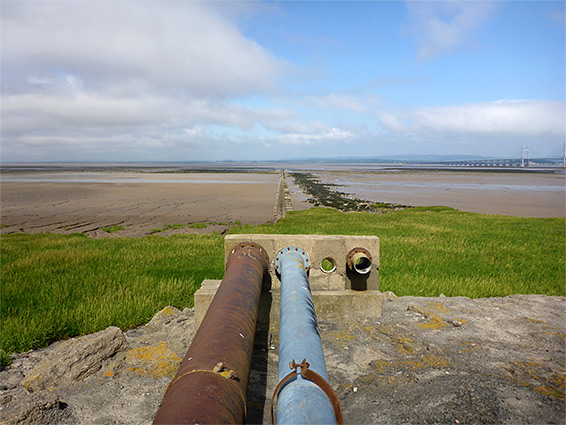