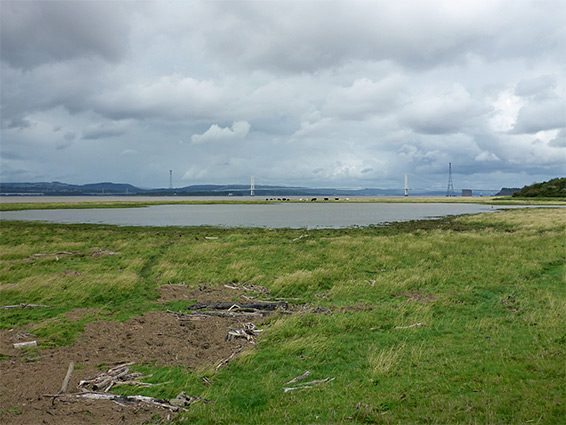 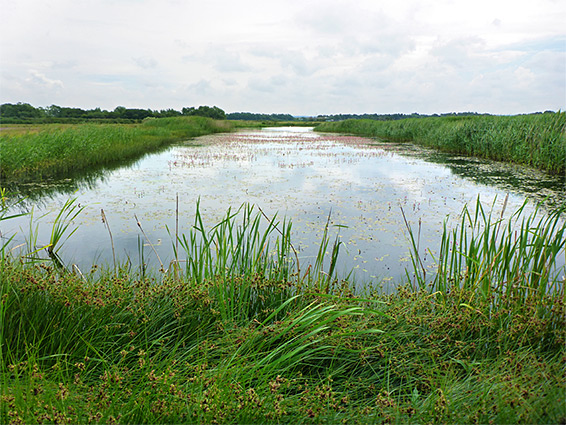 Three miles of the Severn Estuary coastline, lined by saltmarsh and fields, including the Pilning Wetlands, a series of artificially-created pools, good for birds and wildflowers

The Bristol Channel from Redwick near Pilning to Old Passage near Aust, between the two Severn bridges, is bordered by a continuous strip of saltmarsh, transitioning to sandstone cliffs only at the northern end, and is not particularly scenic, though the views across the estuary towards Wales are always impressive.

A path follows most of the shoreline, generally on top of the coastal embankment; in between here and the River Severn the land is rather muddy, more so closer to the sea, and some parts are used for cattle grazing. The lower reaches are home to a range of saltmarsh plants including glasswort, greater sea-spurrey, sea aster, sea-lavender and sea milkwort, while the drier grassland around the embankment has more typical species.

The only specific feature of interest along this three-mile stretch of the coast is the Pilning Wetlands, a group of artificially-created freshwater pools on the inland side of the embankment, lined by riparian wildflowers, and a noted birdwatching location - elsewhere, all of the coast path runs alongside farm fields. 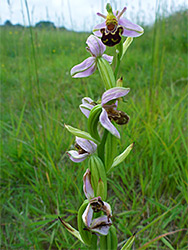 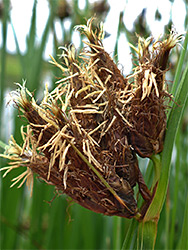 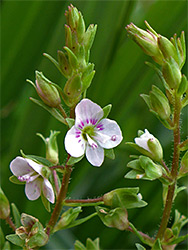 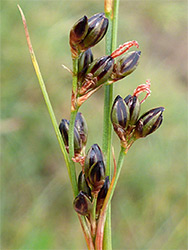 Vehicles may be parked in the north near Aust along New Passage Road, or to the south along a different road with the same name, in Redwick just north of the M4. This latter road ends in front of Chestle Pill, or just The Pill, a short inlet, from where the southwards coast path runs on top of a concrete seawall, under the bridge towards Severn Beach, while to the north it first follows the edge of the pill inland a short distance, crosses on a bridge above a set of sluice skates then follows the grassy embankment between the saltmarsh and the fields. It soon passes the Pilning Wetlands, continuing alongside a hedge as the band of saltmarsh, known as Northwick Warth, becomes gradually narrower. One part of the marsh contains a permanent, shallow pool; beyond here the path curves inland a little more and reaches the northern New Passage Road just before another small stream, Coke Pill. The path then leads through a field on the far side of the road, meeting it again at Old Passage, though most people just walk along the road, which is a popular location for overnight parking for caravanners, since it sees very little traffic and is not near any houses. From Old Passage the official coast path moves inland again, while another route accesses Aust Cliff, below the Second Severn Crossing. 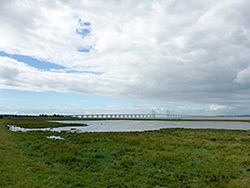 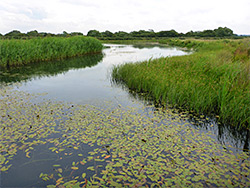 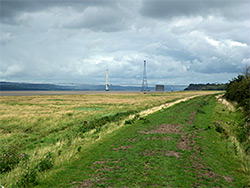 The Pilning Wetlands were recently created (2011) on land previously fields crossed by a rhyne, used for sheep grazing and before that as a military rifle range. A series of scrapes were dug, flooded, and planted with reeds, and have quickly been colonised by other riparian plants, attracting a good range of bird species all through the year. The pools can be viewed from the embankment path and from a hide, and although there is no public entrance here, access does seem to be possible from the north end, where a little path crosses the boundary embankment. The pools have different stages of development, and at least one is still being excavated. 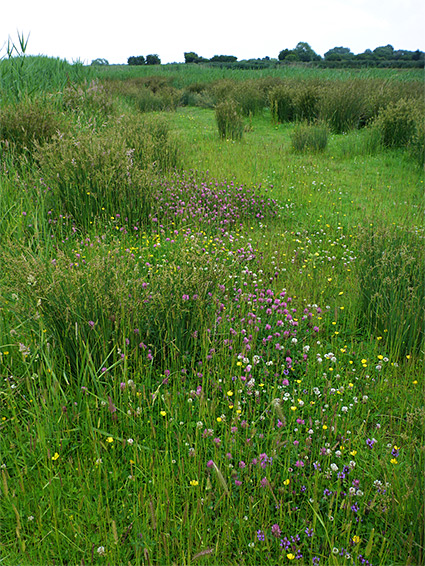