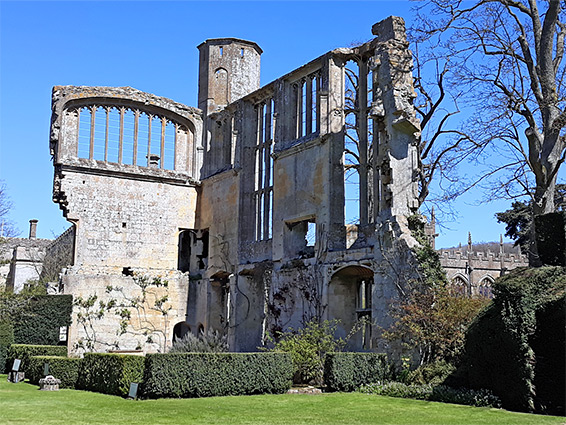 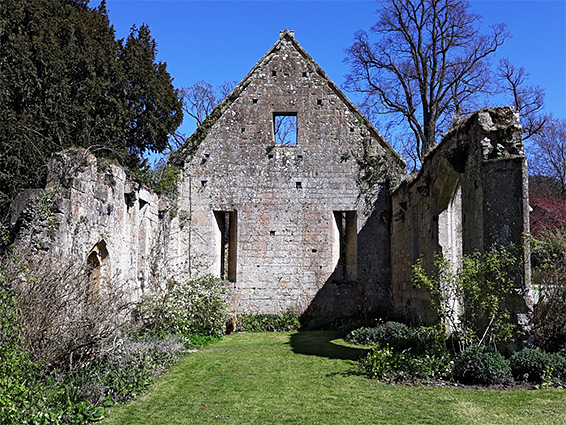 Fortified mansion built in the 1440s, mostly restored but still partially ruined after deliberate destruction following the Civil War. Privately owned, inhabited, and open to visitors between March and October

Sudeley Castle is nestled in undulating countryside towards the north edge of the Cotswolds, eight miles from Cheltenham and just south of the historic village of Winchcombe, capital of the ancient kingdom of Mercia during the 8th century. The site of the castle was probably part of a royal estate from this time, and although no details of early structures are known, a manor house was established here by the 11th century, and this was replaced with a larger, more extravagant fortified mansion in the 1440s.

The mansion was not a true castle, though was later owned by the Crown, and following occupation by royalists during the Civil War, was subsequently deliberately damaged in order to prevent any future use in military conflicts. It lay ruined for nearly 200 years but has since been partially restored and today is still a private residence, complete with extensive gardens which include the historic church of St Mary in which is buried Catherine Parr, the sixth wife of Henry VIII, the only English Queen to be interred on private lands.

The castle and its gardens are open to visitors between May and October, similar to the opening of Gloucestershire's other ancient castle, also still inhabited, at Berkeley. Some parts of the interior may be viewed but the main attractions are probably the gardens, the church and the ruined parts of the buildings, which include a medieval tithe barn. 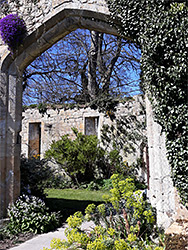 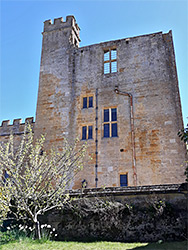 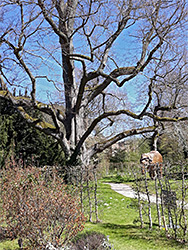 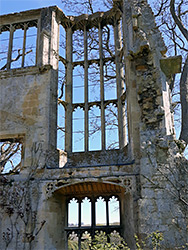 Sudeley Castle is just outside Winchcombe, to the southeast, less than 2 miles from another famous ancient site, Hailes Abbey; both are very close to the River Isbourne. The main castle entrance, used by the family, is along a driveway from the north, while visitors use a separate approach from the west, ending at a large car park in front of the gift shop and ticket office - the site is open every day 10 am to 5 pm, March to October. A leisurely circuit of the grounds involves a walk of about one mile, including the various gardens, the church, two ponds, a pheasantry (a collection of pheasants, of various endangered breeds) and the ruined components of the building, while at least an hour could be spent touring the accessible sections of the castle interior. 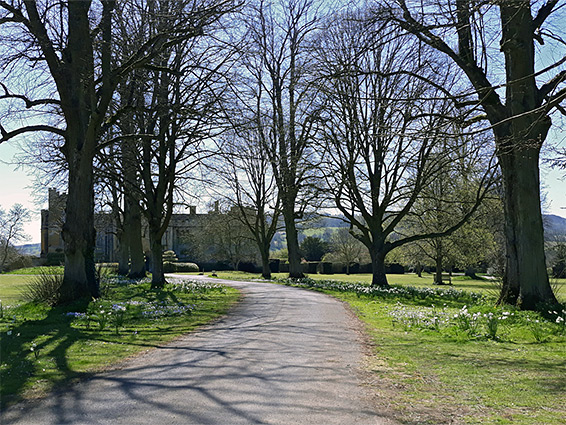 The main driveway to the castle

Like most early manors, the name of the settlement was also the name of the occupiers; the de Sudeley family, who owned the site for at least three centuries until, by marriage of an heiress around 1350, it passed to the de Boteler family. Construction of the current castle commenced around 1447, by Ralph Boteler, Lord High Treasurer of England, though his ownership was brief since in 1478 he was forced to surrender the property to the Crown as a penalty for supporting the Lancastrians during the Wars of the Roses. Edward IV granted the castle to his brother Richard, Duke of Gloucester (later Richard III), who oversaw several additions, most significantly a two story banqueting wing, now the most photogenic of the ruined sections of the castle. Around 70 years later Sudeley was briefly home to Catherine Parr, widow of Henry VIII, by now remarried; she died here soon after childbirth and was buried in the castle church. Several other changes of ownership followed until the castle passed to the Brydges family, Barons Chandos, and it was the 6th Baron, George Brydges, who supported the loyalists during the Civil War. The castle was besieged and captured several times, suffering some damage, followed by deliberate destruction in 1649. Little changed for nearly 200 years, although the site was occupied by various tenants, until the ruins were purchased by the Dent family, who set about partial restoration; their descendants still live here today. 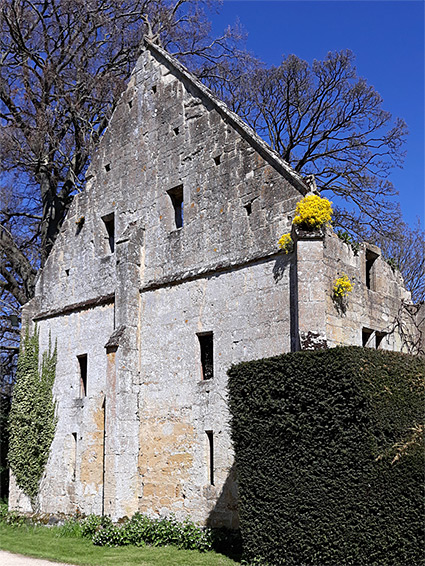 Hedge beside the south wall of the tithe barn

Sudeley Castle still has the same layout as when built by Ralph Boteler in the 1440s - two adjacent square courtyards with ranges around each side. Originally, rooms around the northern (outer) courtyard were used by servants, those of inner (southern) enclosure by the family, though this section was more completely destroyed after the Civil War and, after restoration, it is now the northern courtyard ranges which are inhabited by the owners. The outer courtyard had a gatehouse on the north side and domestic ranges to east and west, while the inner courtyard was partly lined with residential quarters, plus Richard's banqueting hall to the east, and square towers at each corner, largest the dungeon tower to the southwest, this mostly restored; just the uppermost section is missing the roof. The portmare tower in the northwest and the garderobe tower in the northeast also survive to full height, but there is no trace of the southeast tower. 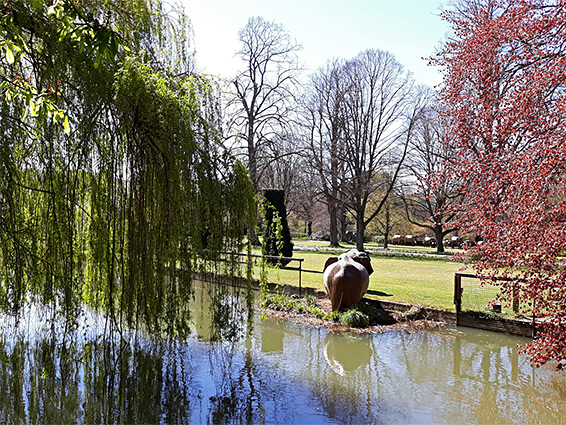