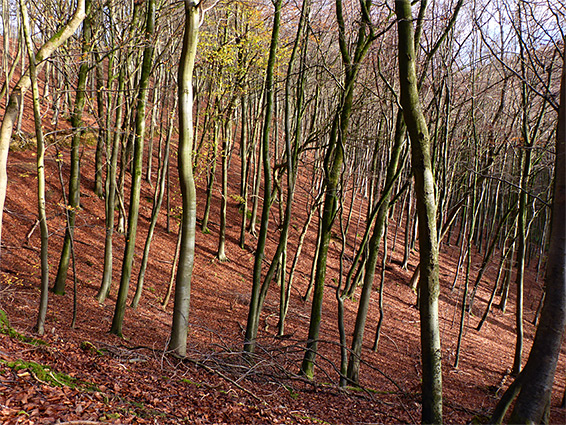 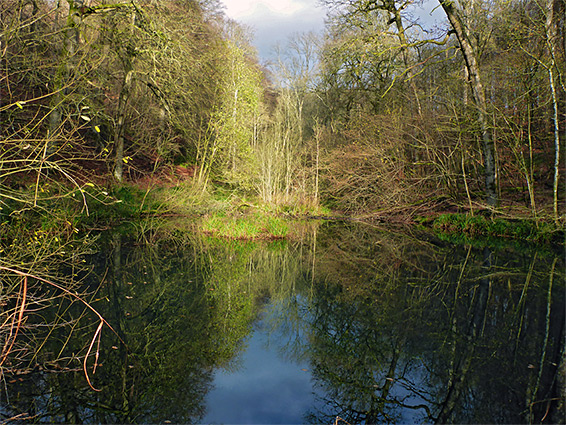 Management
Natural England
Location
Accessed from Sheepscombe in the west, GL6 7RN, or the B4070 to the east, GL6 7ES
Photo Tour (35 images)

Workmans Wood is the largest of the six woodland components of the Cotswolds Commons and Beechwoods National Nature Reserve (NNR), extending 1.5 miles along the upper end of an east-side tributary of the Painswick Valley - a narrow combe containing a small, spring-fed stream, enclosed by steep slopes that are thickly covered by new and old trees, mainly beech.

Workmans is a relatively new designation, named (in 1989) in recognition of National Trust forest advisor John Workman, who was instrumental in the transfer of the adjacent Ebworth Estate to the Trust; the old mansion from the estate is now the Ebworth Centre, used as a base for forestry and conservation operations. The building sits on a little plateau on the north side of the valley close to the edge of the wood, which may be accessed from the lower (west) end in the village of Sheepscombe, or from the upper end via a path off the B4070.

The wood contains a good variety of fungi and a reasonable selection of wildflowers, of which by far the rarest is the red helleborine (cephalanthera rubra), found at only two other sites in the country. The plants here are so important that the single location is enclosed by a barbed wire fence and overlooked by a cabin, sometimes staffed during the blooming season, May to July.

The woodland is as good as any other in the Cotswolds for autumnal leaf colours, and is quiet and peaceful all year round, since it is not near a main road and is access is not obvious, so it doesn't receive many visitors. 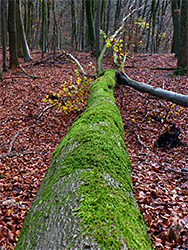 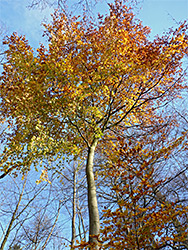 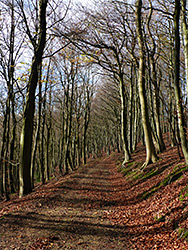 Shadows on a track 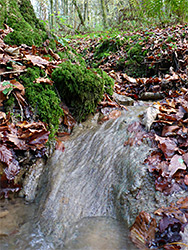 Workmans Wood includes patches of semi-ancient woodland interspersed with more recent trees, some of these growing on land that was previously rough pasture and scrub - original components are Wellmead Wood and Slade Bottom along the north side of the valley, Foston's Ash Grove, Piper's Wood and Beech Wood to the south, plus the large Ebworth Plantation, southwest of Ebworth Centre. Now all these form a continuous band of woodland, merging at its southeast tip with Blackstable Wood, another section of the NNR. 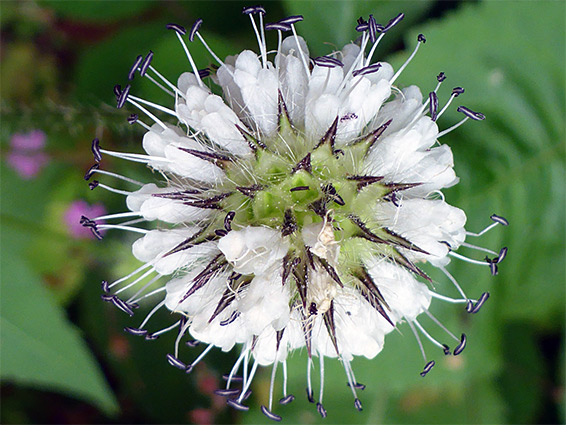 The western access to Workmans Wood is at the far end of the road through Sheepscombe, via a track next to a National Trust cottage, though parking is limited hereabouts and the main part of the wood is nearly a mile away so the eastern access is generally preferred; this path begins 700 feet north of the intersection of the B4070 with Calf Way (at Fostons Ash Inn), parking on nearby verges. The route is along a short driveway between two houses then across a grassy field, descending to the edge of the wood and meeting the track from the village, 1.5 miles away. Two parallel routes traverse the slopes quite high up on either side, and several shorter paths connect to the valley floor track. Workmans is a working wood, and small sections are regularly felled but the majority has the appearance at least of a well-established forest. The stream running along the valley is small but has been impounded towards the lower end to form two ponds, associated with the estate; another pond once existed near the rim of the valley, supplied with water from the stream, lifted 250 feet via a pumping station. 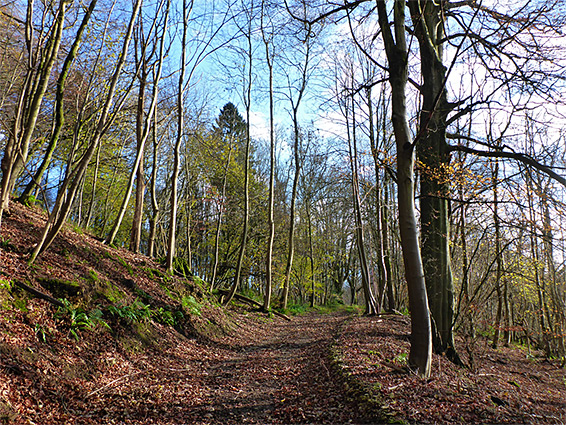