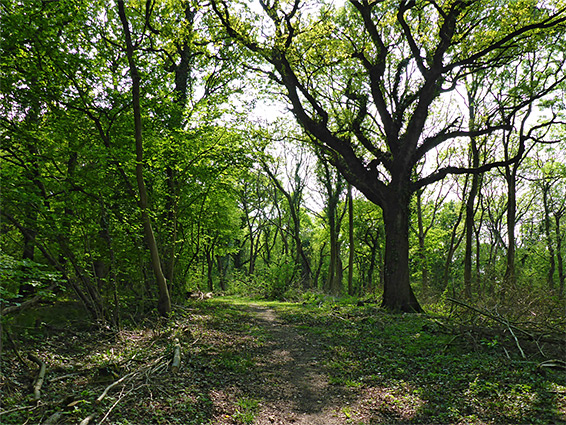 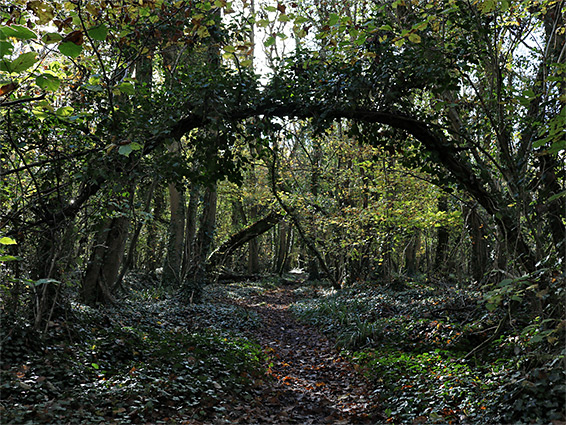 Coppiced ancient woodland extending 2 miles along a steep, west-facing slope, overlooking the Somerset Levels. Crossed by a path along its upper edge

Aller and Beer Woods are the southern and northern halves of a 2 mile strip of semi-natural, ancient, coppiced woodland, along the west-facing slope of a low, limestone hill overlooking the Somerset Levels, a little way north of Langport, and the two are managed as a single nature reserve, not much visited due to its rather remote location and lack of any particular attraction. The woods are good for bluebells in the spring, though they do not seem to have many particularly dense areas like some other places, at least not along the one path through the reserve, which runs all along the high ground on the east side, most of which borders the larger and more recent Breech Wood.

The majority of the reserve, across the steeper slopes below the path, is trailless and rather overgrown so not easily explorable. A few locations have good views westwards across the Levels, but most of the 1.4 mile path is shady and enclosed, surrounded by dense woods on all sides. The path mostly follows an old track, running north-south through the woodland, the southern end of which adjoins the village of Aller, while the north end rises above the smaller settlement of Beer. 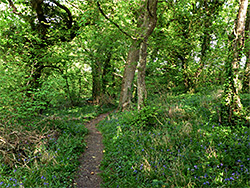 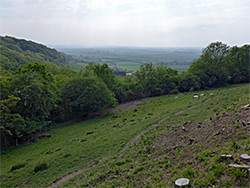 Aller Wood begins just uphill from Aller village, extending north about one mile before merging with Beer Wood; this continues north for another mile, in two sections, divided by a narrow open corridor through which runs Turnhill Road, named after Turn Hill, a protruding section of the elevated ground. The nature reserve track (Wood Lane) links this road with Aller, while the northern section of Beer Wood, on the other side of the road, is reached by a narrower path, even less used. A viewpoint on a small (1.25 acre), treeless part of Turn Hill is owned by the National Trust, and accessed from a layby on Turnhill Road, opposite the start of the track into the nature reserve. The alternative start point is in Aller, at the south end of this track, which meets the A372 in the town centre - from the main road, the lane passes a few houses, becomes unpaved, climbs the hill and enters the woods. 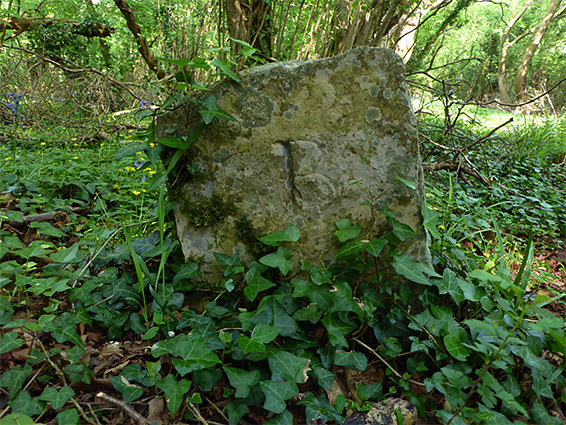 From the northern access point, the southbound path into the main section of the reserve first parallels Wood Lane, up to a group of farm buildings (Nettlebed Cottage), then joins the old track, now closed to vehicles. The scenery is little-changing for the whole distance, passing through typical mixed deciduous forest, of pedunculate oak, ash, wych elm, hazel, wild service tree and small-leaved lime. Most borders Breech Wood to the east, and the majority of this is part of the Langport Firing Range, fenced off and marked with many warning notices. About halfway along, the path curves around a minor valley and across a promontory but otherwise the route is fairly straight. To the south, the track emerges from Aller Wood, runs between two fields then descends to the end of a paved, dead-end lane, which meets Beer Road on the north side of the village. 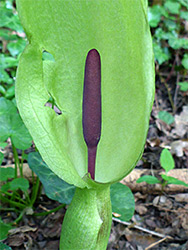 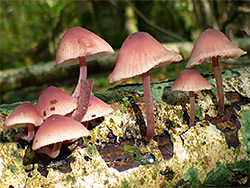 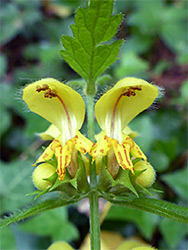