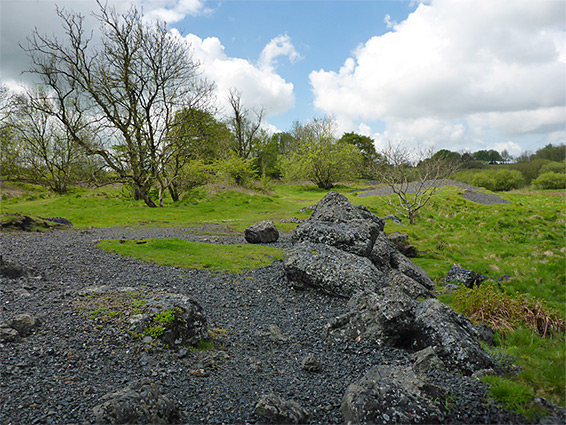 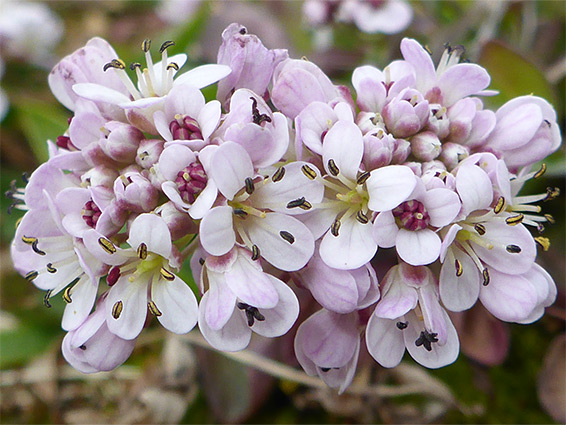 Blackmoor Nature Reserve, managed by Somerset County Council rather than Somerset Wildlife Trust, contains mixed habitats of marsh, open water, limestone heath, rough grassland and old lead mine workings, these latter home to several rare plant species including alpine pennycress, spring sandwort and hoary cinquefoil. Blackmoor forms the east end of a two mile-long corridor of protected lands, all a Site of Special Scientific Interest, also comprising the Ubley Warren and Cheddar Complex nature reserves, both of which also include old mine workings and are similar in character though underlain by different rocks, limestone rather than mudstone (from the Avon Group).

Mining has occurred in this general area since Roman times and, at Blackmoor, persisted until the late 19th century, when the operation (the Mendip Lead Mines) incorporated a varied group of buildings including a smelter and windmill, traces of some of which can still be seen, together with extensive slag heaps. These mounds are lightly vegetated due to the toxicity of the earth, contaminated with lead, zinc and cadmium, though here are found the rarest plant species.

Four out of the seven UK amphibians are found in and around the pond at Blackmoor, while four of the six native reptile species live in the surrounding grassland.

The reserve is reached by a short, unsignposted lane, heading east from the crossroads beside Charterhouse Outdoor Activity Centre, descending to a parking area in a shallow valley, from where Ubley Warren is south and Blackmoor north, this reserve extending for about a quarter of a mile. 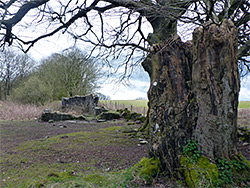 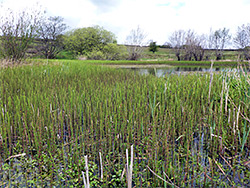 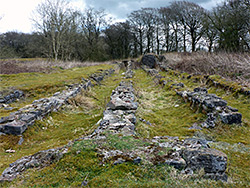 The track to the parking area continues eastwards across the reserve and soon meets the B3134, but the main section is to the north, along a narrow path, at first running through some tussocky ('gruffy') grassland, its unevenness a result of past opencast mining. Below the path are some seasonal ponds, drying to muddy patches in summer, leading to an earthen dam constraining the main pool, 850 feet long when full. The downward slope of the dam is the best location for the alpine pennycress. The lead spoil heaps are mostly along the east side of the pool, and here are found the sea campion and hoary cinquefoil, plus numerous specimens of common whitlowgrass and biting stonecrop. East of here is a partly wooded area containing two stone ruins - the walls of a rectangular building, beside a huge ancient tree trunk, and, the main structure, the lead smelting complex, together with several stone-lined flues, There is however no trace of the majority of the mine buildings, which were situated between the smelter and the pool. 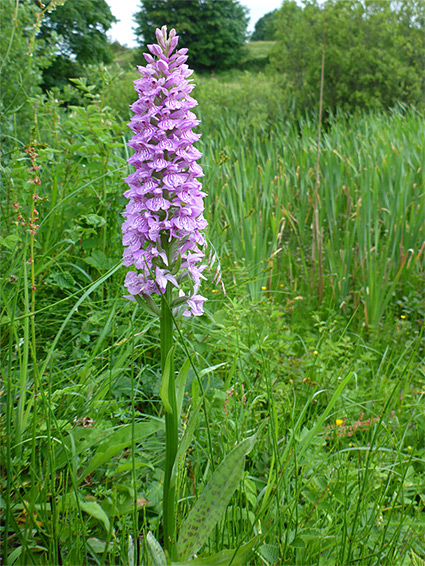