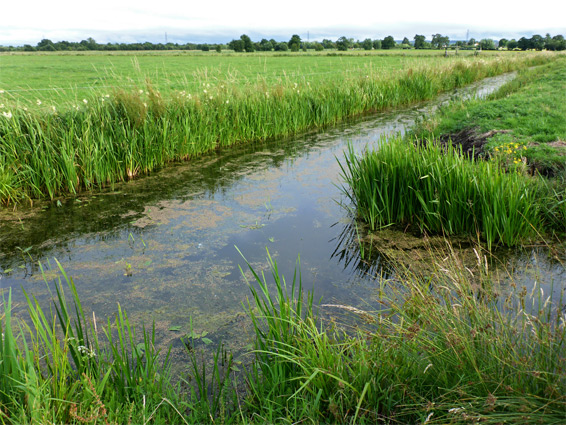 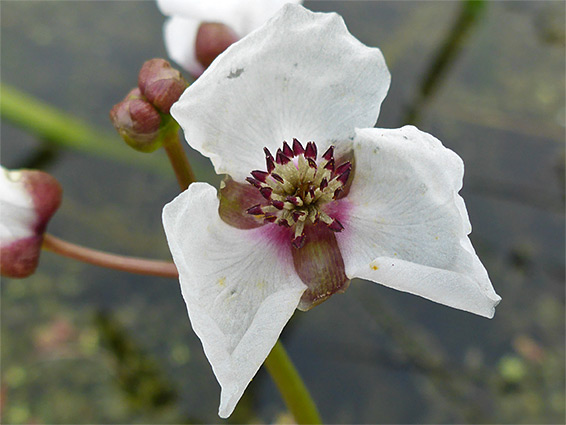 Four fields of wet pasture on the Somerset Levels, lined by ditches and rhynes; good for riparian plants and wading birds

Burtle Moor is a relatively small (37 acre) and little-visited nature reserve, consisting of four rectangular fields of wet grassland separated by water-filled ditches (rhynes), in the middle of the Somerset Levels, elevation around 15 feet above sea level. The site is not scenically interesting, no different to most other parts of the Levels; the reserve was created on account of the good variety of riparian plants that inhabit the rhynes, and because of the wading birds that breed here including snipe and jack snipe, plus such other species as gadwall, skylark and teal. Dragonflies and other invertebrates may also be seen. In order to protect the nesting birds, the reserve is only open without restrictions during the summer months, requiring a permit at other times of the year.

The nature reserve forms a small part of the Catcott, Edington and Chilton Moors Site of Special Scientific Interest (2676 acres), which includes much more of the pastures and rhynes around Burtle village, within the catchment basin of the River Brue. The soils are peat and clay, and all this area is regularly flooded in the winter. In summer the four fields are grazed by cattle, and the site is liable to be muddy all year, so this is not really a place for the casual visitor, of interest mainly to botanists and naturalists. 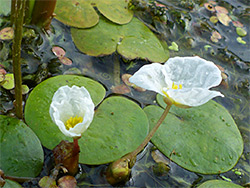 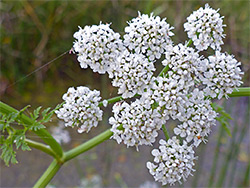 The nature reserve, which is not signposted, as is often the case, is reached by a dead-end road, Green Drove, on the north side of Burtle. The reserve entrance, at the southwest corner of the site, is 100 feet beyond a farm driveway on the left, and although there is just enough space for vehicles on the verge, it is best to park in the village and walk from there. The fields extend a third of a mile eastwards; the inner boundaries are defined by small ditches, with larger rhynes around the perimeter, two of which are named, Burtle Moor Rhyne on the north edge and Manor Rhyne to the east. The plants are fairly well distributed along all the ditches though Manor Rhyne seems have the best selection, and also the deepest water. The rarer plant species are arrowhead, fine-leaved water dropwort, marsh stitchwort and water violet. 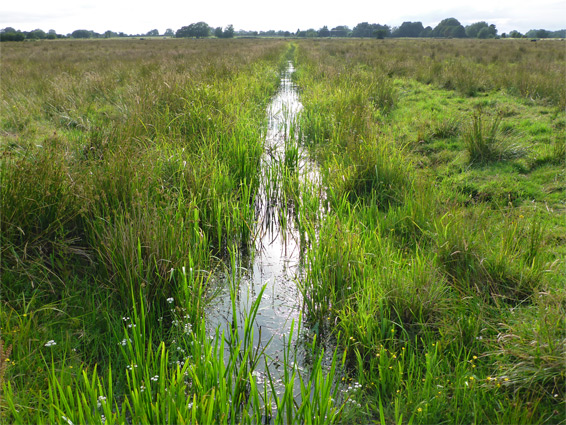