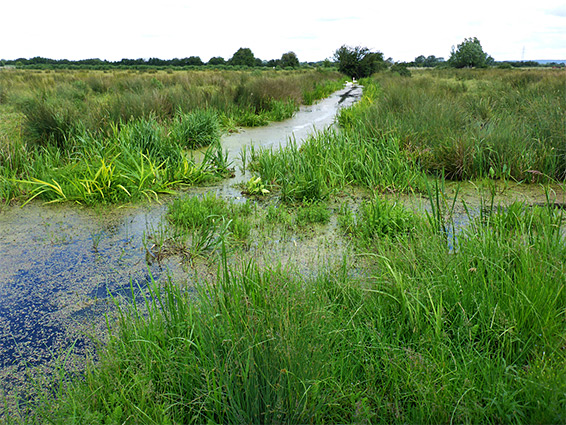 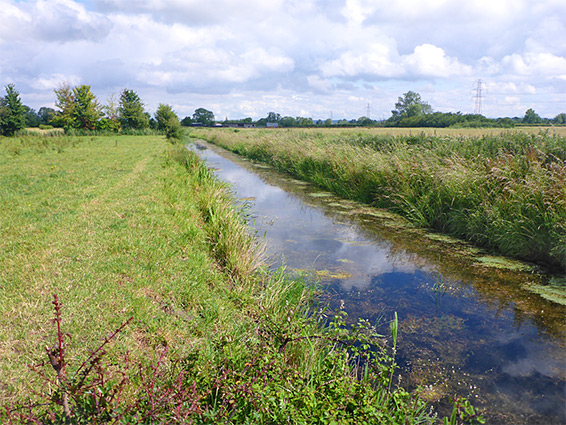 Part of the Avon Levels; around 70 fields of damp pasture lined by water-filled rhynes containing many species of aquatic plants. Crossed by a few paths

Puxton Moor is part of the Avon Levels, an eight mile-long corridor of flat, low-lying land in north Somerset, between Tickenham Ridge and the Mendip Hills, similar to the more extensive Somerset Levels on the south side of the hills. The moor is typical of the region, consisting of rectangular fields of damp grassland, used primarily for cattle grazing, and lined by water-filled ditches (rhynes), which contain a great variety of riparian and aquatic plants.

The majority of the moor is part of Puxton Moor Nature Reserve, an oval-shaped area 1.2 miles north to south and about half a mile west to east, and comprising around 70 fields, all bordered by the ditches, which vary from shallow and mostly dry to deep, river-like channels up to ten feet across.

The flat, mostly treeless landscape allows long-distance views towards the surrounding hills, though the land is not much different to any other part of the Avon Levels, and the moor is of only limited interest to non-botanists. The reserve is not signposted, paths are limited, the ground is often very muddy and the cattle can be overly inquisitive, as a result of which the site is not often visited.

The nature reserve is also a Site of Special Scientific Interest, the boundaries of which include only the ditches, not the fields in between. 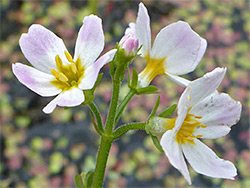 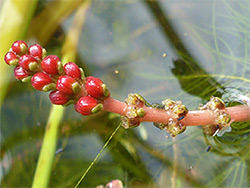 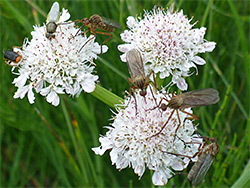 The nature reserve lies to the southeast of Puxton, incorporating all the land between Puxton Lane and the Oldbridge River, effectively a rhyne, channelling water that originates from streams near Churchill and flows slowly northwards into the river Yeo. The most used access point is just south of Puxton, along Puxton Lane, parking at the start of a track that heads east, crossing the river after half a mile and continuing to an alternative entrance along Dolemoor Lane, off the A370. A third entry is little further south of the village, along another track, Puxton Moor Lane. 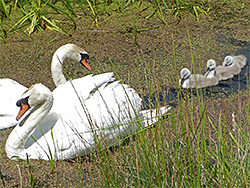 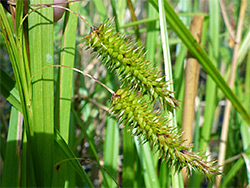 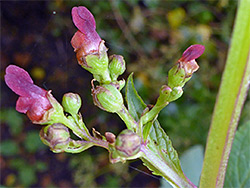 A sparsely-signed walking route links the two western entrance tracks, while little bridges over the rhynes allow access to other fields; otherwise, the ditches are in general too wide to cross. Two other paths traverse the reserve, one near the north edge, from Puxton village to the bridge across the Oldbridge River, the second towards the south edge, following Blackstone's Rhyne. The Oldbridge River along the eastern boundary is the best place for deep water plants, submerged or floating, while the rhynes towards the south seem to have the best collection of emergent species. The more uncommon plants include flowering rush, soft hornwort, rootless duckweed, three species of pondweed (opposite-leaved, small and lesser) and two of waterweed (Nuttall's and Canadian). In addition to the plants, the reserve is also a good place for birds and invertebrates. 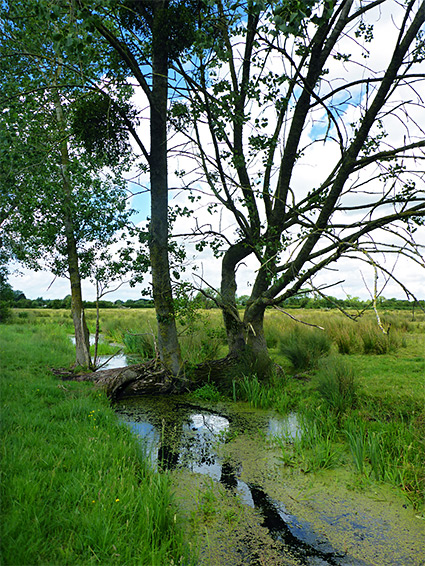