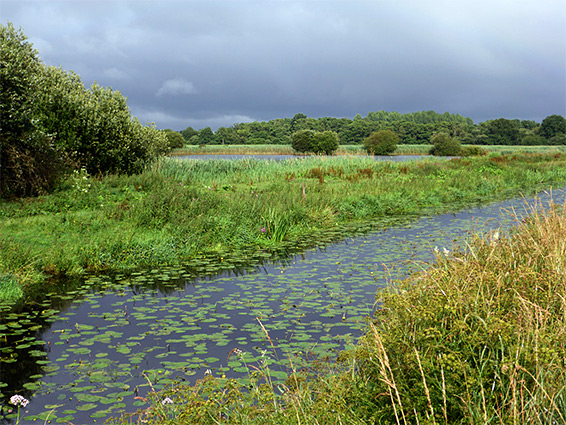 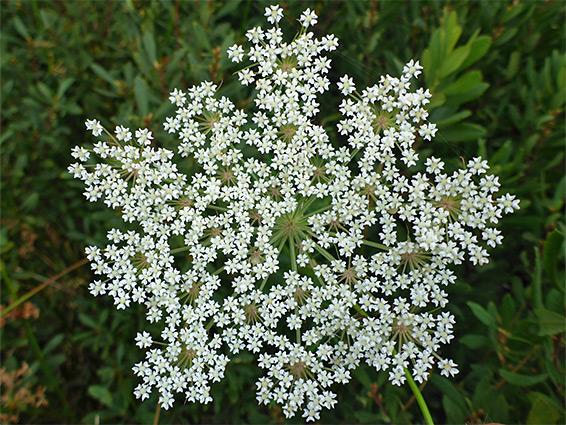 Shapwick Heath National Nature Reserve, also a Site of Special Scientific Interest, is a large preserve, 1,250 acres, of flat, watery land at elevations near sea level, towards the south side of the Somerset Levels, just north of the Polden Hills. All this area was under a shallow sea until around 4,500 years ago, after which the gradually lowering water levels caused a transition to saltmarsh then fen, which steadily filled with peat formed by anaerobic decay of the colonising plants, to create a raised bog.

The peat was harvested for fuel as long ago as the Roman era, a practice that continued in around the future NNR until the early 1990s, since which time much of the old workings been converted to reedbeds and lakes, while elsewhere in the reserve are fens, moist meadows, wet woodland and a surviving fragment of raised bog, together resulting in a great variety of plants, birds (64 species are recorded as nesting here), insects and other wildlife. Although some parts of the landscape are relatively recently created, all has a harmonious, well established appearance, and the site is large enough to have a distinct feeling of remoteness, especially once away from the few major pathways.

The majority of the land in the NNR, over two thirds, is completely inaccessible due to deep water, impenetrable marsh and dense vegetation. The most easily explored area is the western quarter, which is slightly higher in elevation and so drier - here are found a network of fields and meadows, lined by ditches and rhynes, centred on Canada Farm, a working practice. Also nearby is a sizable area of woodland.

East of the meadows, the lakes and reed beds that occupy the majority of the reserve are crossed by a wide track, formerly the Somerset and Dorset Joint Railway (closed in 1966), from where several short trails branch off, to bird hides and viewpoints. The easternmost fringe becomes wooded once more.

Shapwick Meadows is worth visiting all times of the year, as some birds spend the winter here, while different species visit during other seasons. The varied wildflowers bloom from spring to autumn. 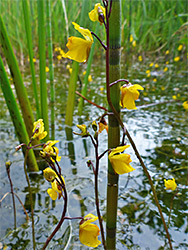 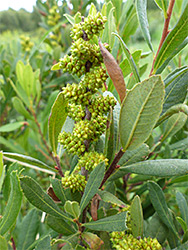 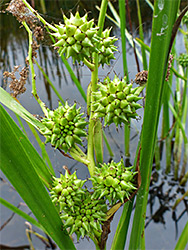 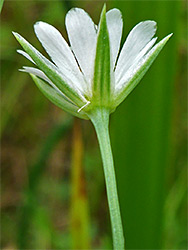 The reserve lies 3 miles west of Glastonbury and is reached by two roads, one between Westhay and Shapwick, the other Meare and Ashcott. The latter runs along the eastern edge while the former crosses towards the west, near Canada Farm. There are two designated parking places, one along each road, and these are linked by the old railway - the distance between is 1.8 miles. Most visitors just walk all or part of the way along the track, and perhaps take some of the short paths along the way, all of which are on south side except one; the track is bordered to the north by a deep, wide watercourse (South Drain) bridged in only one place, apart from the two roads, by a path to the edge of the reedbeds of Meare Heath. A third, less-used access is further south along Westhay-Shapwick road; here starts the track to Canada Farm. 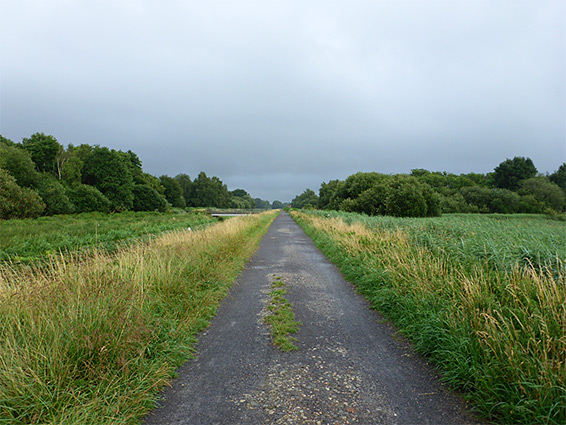 Course of the Somerset and Dorset Joint Railway

The closest path to the east entrance, starting right beside the parking place, is a half mile loop through wet woodland, with some views of reedbeds. Another two paths start 0.6 miles further, one bridging the ditch, through a patch of trees to the hide overlooking Meare Heath, the other heading south to two more hides, one amongst more reedbeds (Seventy Acres) the other beside the open waters of Noah's Lake. Also along the old railway is a tall observation tower, the best vantage point in the whole reserve. The longest trail, close to Westhay-Shapwick road, includes two short loops through woodland, and an extension further south, to the most remote hide, at the west end of Decoy Lake. 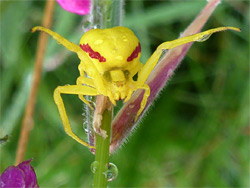 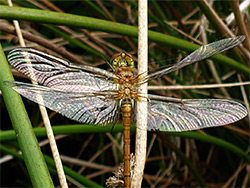 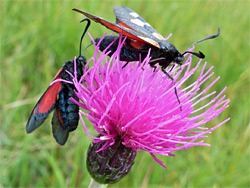 For wildflowers, and general exploring, the best section of the NNR is the area around Canada Farm, mostly west of Westhay-Shapwick road, plus a line of meadows just to the east. This section includes a third stretch of open water, Canada Lake, also furnished with a hide, together with quite extensive woodland, some generally dry, other parts seasonally flooded, but mostly this area consists of fields of rough grassland, split by ditches, usually crossed by little bridges to allow walking between them. Most of the meadows are not obviously managed, or grazed, and have abundant plants, both within the grassland and along the ditches. Of the more unusual species, some like greater bladderwort are relatively widespread, others such as milk parsley, greater water-parsnip and marsh pea are found only in a few locations. One recognised walking route is along the track to Canada Farm, continuing through woodland to a four-way intersection at the southeast corner of Canada Lake, then south alongside fields, eventually exiting the reserve. Gates and lesser paths access other parts. 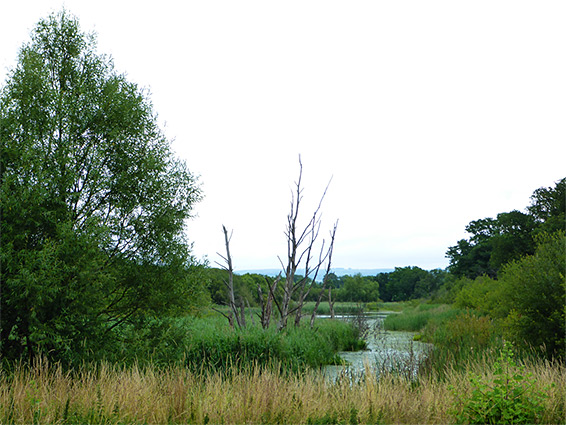