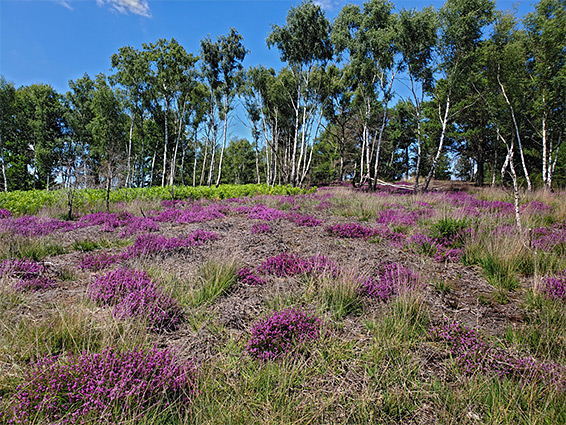 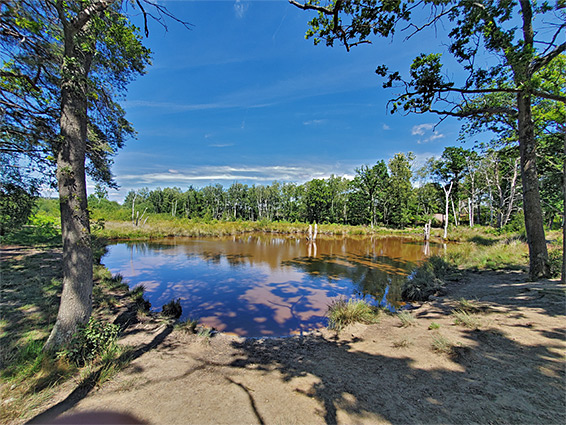 Large area of lowland heath, acid grassland and woodland, plus pools and bogs; many species of wildflowers, birds, insects, reptiles and amphibians

Chobham Common is a very large (1,620 acres) area of lowland heath, acid grassland and woodland, a National Nature Reserve and Site of Special Scientific Interest, part of the Thames Basin Heaths Special Protection Area, and considered one of the best examples of this kind of landscape in Europe. The common was divided into two approximately equal sections by construction of the M3 in 1974, and has in the past suffered frequent wildfires as well as being used by the military at various times, yet restoration and careful management has kept the landscape in a pristine condition, home to a great range of plant and animal life, and plenty large enough to provide solitude and a near wilderness experience, despite the busy surroundings. The atmosphere, and habitats, are similar to the New Forest - mostly open heath with bogs and pools plus scattered woody patches, all crossed by many pathways.

Rare plants include bogbean, Deptford pink and marsh gentian, while animals of note include the sand lizard (nine of the UK's 13 reptile and amphibian species are found here), and the water vole, one of 26 mammalian species. There are several tumuli (ancient burial mounds) across the common, and one larger earthwork, known as the Bee Garden. The past use of common as an army camp in the 1850s is commemorated by the Victoria Monument, a granite cross erected after the death of Queen Victoria in 1901. 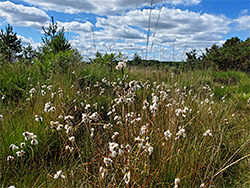 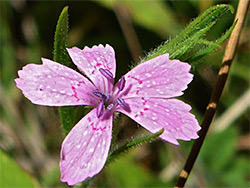 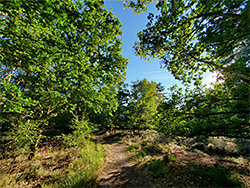 The common is served by six (free) car parks, two north of the M3 and four to the south. The northern section of the nature reserve, either side of Chobham Road, is mostly heath, becoming more wooded to the west, and is crossed by two marshy drainages, Long Arm and Little Arm, this latter dammed to form a small reservoir. Part of the western section is occupied by the greens and fairways of Sunningdale Golf Club. The memorial cross is just east of the road, close to one of the car parks. The uncommon Deptford pink wildflower is found right at the east edge of the common, in a rather incongruous location at the entrance to an industrial site, along Burma Road. 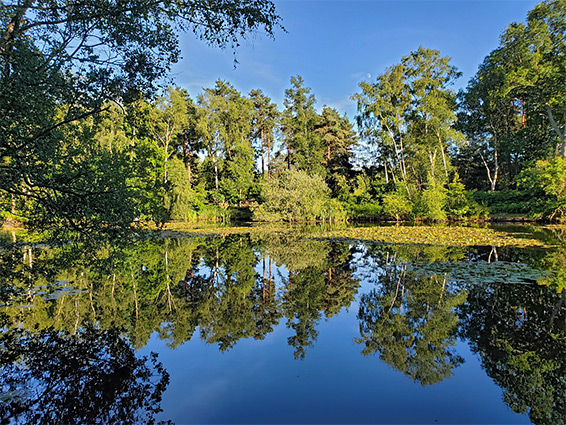 Lily pads on the calm water of Fish Pond

The southern section of the common is centred on a large swathe of heath, with quite extensive woods around the perimeter, especially to the southeast. Contained within this forested area is an inaccessible patch of wet woodland, Gracious Pond, an important habitat for riparian species, and protected as a separate nature reserve. There are several other pools in the heath, and another in the woods, Fish Pond, a pretty site with many lily pads, ringed by large trees, located right in the southeast corner of the reserve, near Foxtail Farm. There is one parking area close by and three along Staple Hill Road, all linked by many paths, two of which cross the motorway, allowing loop walks across the whole site, of up to ten miles. Trees around Gracious Pond and some other areas are native oak, plus some alder and willow, while elsewhere the heath has been partly colonized by invasive silver birch and Scots pine. 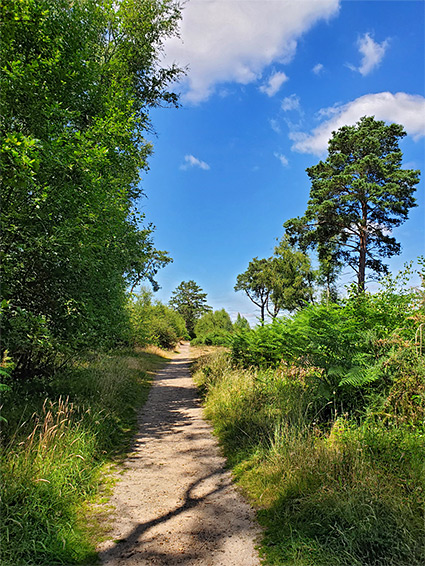