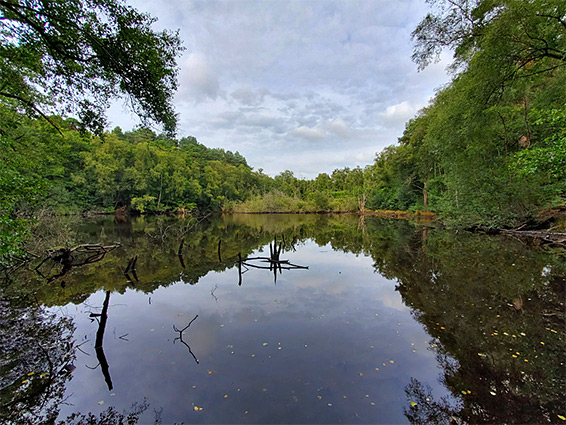 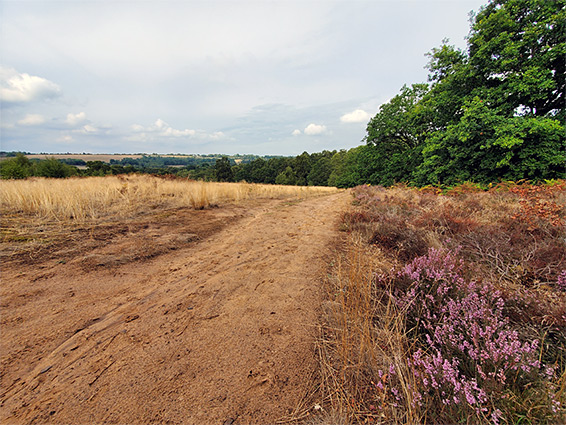 A site of special scientific interest, with ponds, heath, woodland and alder carr; varied plant and animal life, centred around the riparian areas

Puttenham Common comprises a mix of trees and heath, on gently rolling land underlain by acidic soils from the Lower Greensand Group, towards the west edge of the Surrey Hills Area of Outstanding Natural Beauty, and part of a near-continuous wooded area extending over 4 miles, west to the larger Crooksbury Common.

Puttenham is a Site of Special Scientific Interest, primarily for its riparian and water species, of plants and animals, which are centred in and around a series of artificial, spring-fed ponds, along a shallow valley which divides the main section of the common, to the east, from the Lower Common (excluded from the SSSI) in the west. It was for a while also a nature reserve, managed by Surrey Wildlife Trust. The ponds were created in the late 18th century as part of the estate of Hampton Park, a stately home overlooking the upper end of the valley.

The common was mostly open heath until the early 20th century but has become gradually more tree-covered since, though retaining some sizable patches of heathland, where the most abundant plants are bell heather, cross-leaved heather and wavy hair-grass. General woodland flowering plants are rather limited, though fungi are widespread in the autumn; most plant interest is found along the pond margins and in the nearby boggy areas. There are many pathways across the common so various loop walks are possible, of up to 3 miles. 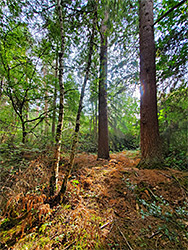 Sun in the woods 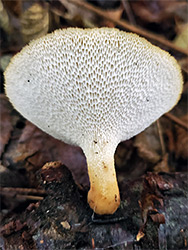 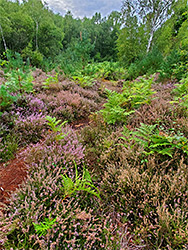 Heather beside a path 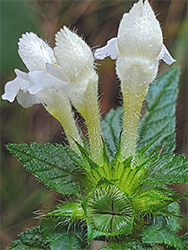 Puttenham Common is bordered by Suffield Lane to the southeast and Littleworth Road to the south, and there are three main entrances, at the Top car park, occupying an open area on the highest part of the common, the Middle car park, and the Tarn car park, this beside the largest of the ponds. Just downstream, on the far side of Suffield Lane, is Cutmill Pond, while upstream (outside the SSSI) are Warren Pond, Long Pond and Trout Pond, these latter two close to Hampton Park House. There is also the small General's Pond, a little way up a side valley. The densest woodland is beside the ponds and along the south side of the common, while above, to the northeast, the land is more open with the surviving heath occupying the highest regions. Towards the north edge of the site are the faint earthworks of Hillbury Hillfort, a scheduled monument, probably dating from the Iron Age. Lower Puttenham Common is also covered mainly by woodland of recent origin, again with some heath, towards the western edge, and this section is served by another carpark, Britty Hill. 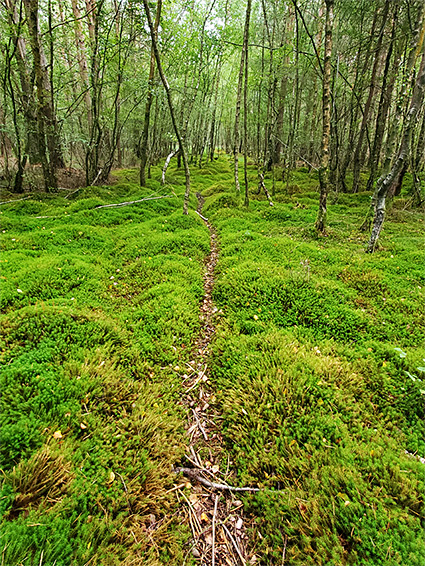