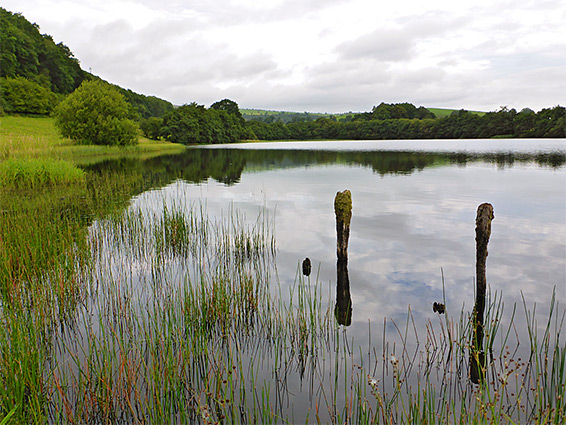 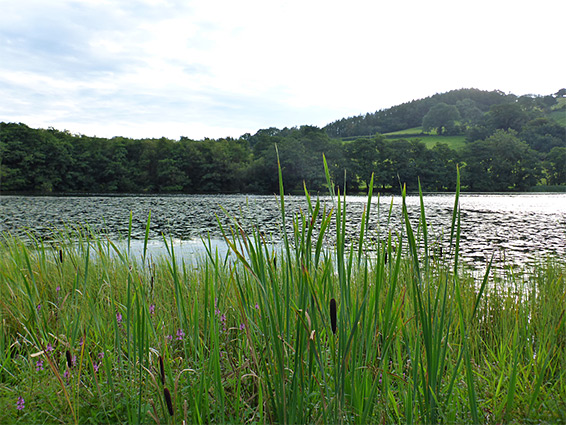 Management
The Wildlife Trust of South and West Wales
Location
Talley, just west of the B4302; SA19 7AX
Selected Wildflowers
Betony, common water-crowfoot, white water-lily, yellow iris, yellow water-lily
The Talley Lakes are a pair of shallow ponds, occupying a glacial hollow just south of the larger valley of the River Cothi, on the north side of the little village of Talley, Carmarthenshire, and are protected as a nature reserve, primarily because of the many bird species that visit, throughout the year. The lakes are quite scenic, with partly wooded slopes at either side, and are also good habitat for riparian plants, plus a few notable types of insect, including water beetles and the emperor dragonfly.

Upper Talley Lake has a mostly open and accessible shoreline, bordered by grassland, while Lower Talley Lake, 600 feet north, is completely enclosed by trees and reed swamp so is much harder to reach, making it better for the birds. Between the two lakes is a patch of wooded land centred on a low mound - the motte from an early Norman castle, about which nothing is known but would appear to have been an entirely wooden structure, and abandoned relatively early. The lakes are overlooked to the south by the much more impressive remains of Talley Abbey, established in 1185, and were used by the monks of the abbey as breeding grounds for fish. 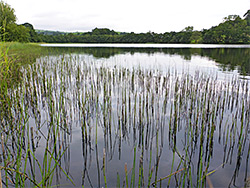 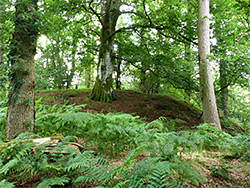 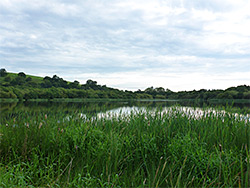 Visitors to the nature reserve, which is not obviously signposted, can leave vehicles along the road through Talley, at the entrance to a track into the Talley Woodlands (a conifer plantation), on the north side of the village; access to the upper lake is via a gate just opposite. This lake is 16 acres in area and a quarter of a mile long, with just a few trees along the edge, and patches of lily pads on some the shallower water areas. A faint path follows close to the shore, though a meadow, then enters the woods at the north end, crossing a ditch, leading through the trees a short distance to the Norman motte, and onto a bird hide overlooking the 15 acre lower lake. The ditch allows water to flow from upper to lower lakes, and is accessible to fish and eels; the upper is fed by a tiny stream, the lower by a rather larger stream, from the west, and drains north into the River Cothi. Apart from the vicinity of the bird hide there do not appear to be any viewpoints of the lower lake due to the marshy woodland, mostly alder and willow, all around the perimeter. This lake used to be much larger, 26 acres, and mostly unwooded, with a boathouse at its north end; it has become steadily more overgrown over the last century. 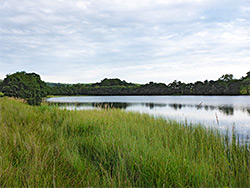 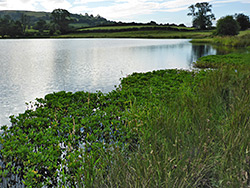 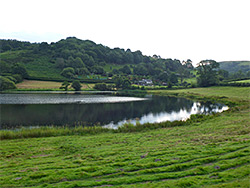