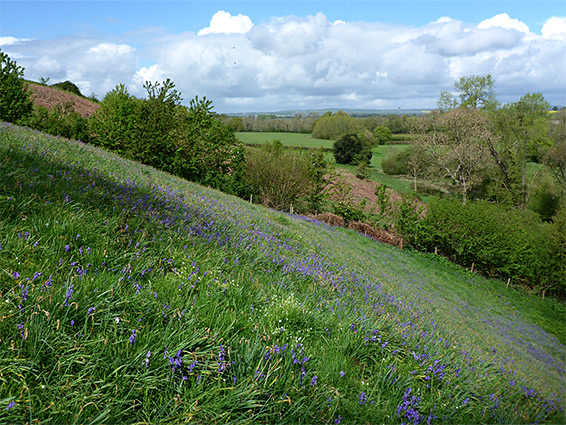 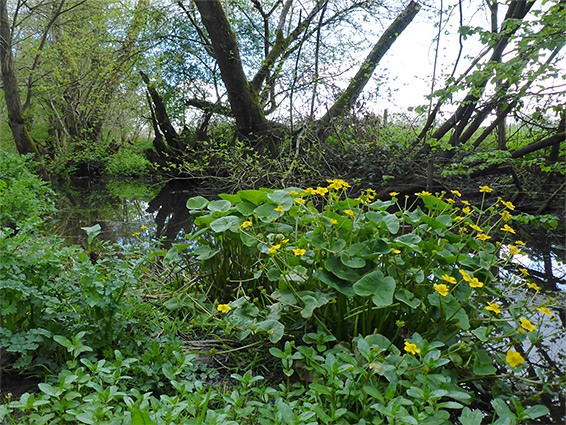 Wild daffodils and bluebells in a field of sloping grassland, on a north-facing hillside above the valley of the River Leadon

Management
Gloucestershire Wildlife Trust
Location
Along a bridleway on the west side of Ketford, off Chapel Pitch Road; GL18 2BL
Selected Wildflowers
Bluebell, foxglove, marsh marigold, water chickweed, water forget-me-not, wavy bittercress, wild daffodil
Ketford Bank Nature Reserve, a small and infrequently visited site, comprises one field of sloping grassland, on a north-facing hillside above the valley of the River Leadon in west Gloucestershire, near the Herefordshire border, and is of interest primarily for its grand displays of wild daffodils in early spring, replaced by equally numerous bluebells in April and May. Wild daffodils, smaller and more noticeably bicoloured than the cultivated variety, are much less common than they once were, restricted to scattered locations, meadows and woodlands, that have not been subject to use of pesticides and fertilisers.

The meadow at Ketford is somewhat elevated, high enough for long-distance views west towards Wales, so is probably the most photogenic of the daffodil locations in the county, which also include Gwen and Vera's Fields, and Vell Mill Daffodil Meadow. All other wildflowers in the reserve are relatively common, though the rare gagea lutea (yellow star-of-Bethlehem) is found just outside, in a patch of woods alongside the approach path. Wildlife in the reserve includes buff-tailed bumblebees, major pollinators of the daffodils, and bank voles.

The meadow is underlain by sandy, well-drained soil, derived from the bedrock which is sandstone and conglomerate from the Helsby Sandstone Formation, deep red coloured rock that can be seen exposed in a low cliff below the path to the east. 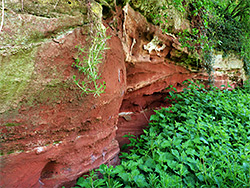 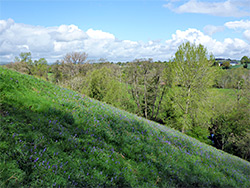 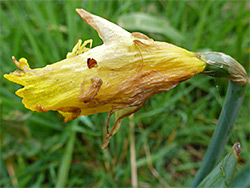 The nature reserve is not signposted from the nearest road, in the tiny settlement of Ketford, and is reached by a 0.4 mile walk along a bridleway. A suitable parking place is just north of the village, on a grassy verge outside a bend along the road - a location 4 miles north of Newent and 3 miles from junction 2 of the M50. The walk is south on the road, across the River Leadon, then west along a short lane, past a house and onto the bridleway, which runs between two fields, rising gradually through the thin corridor of trees, and out to the open again above the daffodil field. The trees and the field cover a north-facing slope, below which is a spring-fed, east-flowing stream, joining the river after a third of a mile. The nature reserve is only 1.7 acres in area so the site is quick to explore, though there is a larger field of rough grassland just beyond, which also has abundant wildflowers. The bridleway path continues westwards, across the M50 towards Dymock. 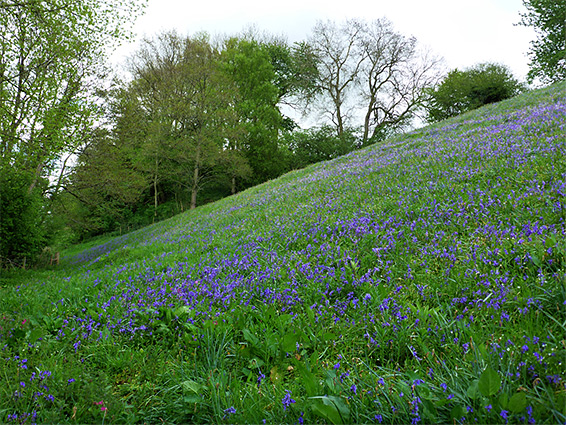