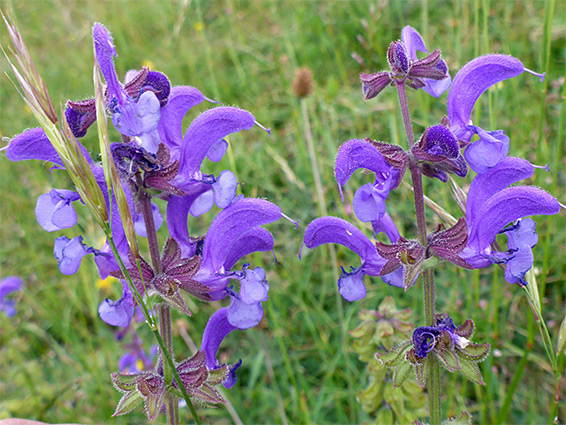 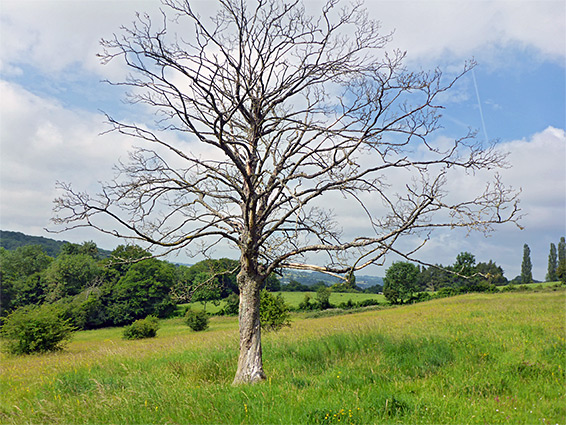 Three fields of gently sloping, south-facing pasture, on calcareous soils, with a selection of common wildflowers and one very rare species, meadow clary

The meadow clary is the main reason for the creation of the nature reserve, which is not so interesting to visit much of the year, only in June and July when ths plant is in bloom. The reserve is named after Frederick Stuart Fawkes (died 1976), one of the founders of Gloucestershire Wildlife Trust, and the land is also known as Box Meadows Site of Special Scientific Interest; it lies on the south side of the village of Box, along the road from Minchinhampton, and was previously referred to as Ball's Green Pasture, Ball's Green being another small village, just to the south.

The calcium-rich soils are derived from mudstone and limestone from the Fullers Earth formation, plus a small area of the Salperton Limestone Formation along the southern edge, location of two disused quarries. Below the field are tunnels from old stone mines, inhabited by greater horseshoe bats. 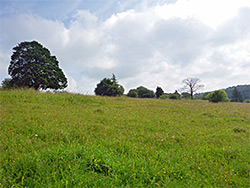 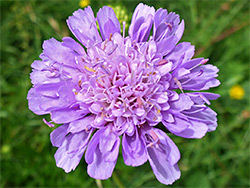 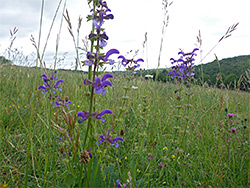 The meadows traditionally consisted of two equally-sized fields, west and east, though the latter is now shallowly divided into two sections, north and south. Entrance is along a short, narrow, wall-lined track on the north side, off Box Lane beside Box Farm; there is just about room for one vehicle to park along the track, and no other suitable spaces along the lane, at least not for a third of a mile or so in either direction. Alternative access is from the south, parking along a wider lane, though this requires climbing over a fence. Although the eastern two fields seem to have a generally better selection of wildflowers, the meadow clary is found primarily in the western field; there are over a hundred plants in total, not all of which boom in any given year. All three fields are regularly grazed by cattle. 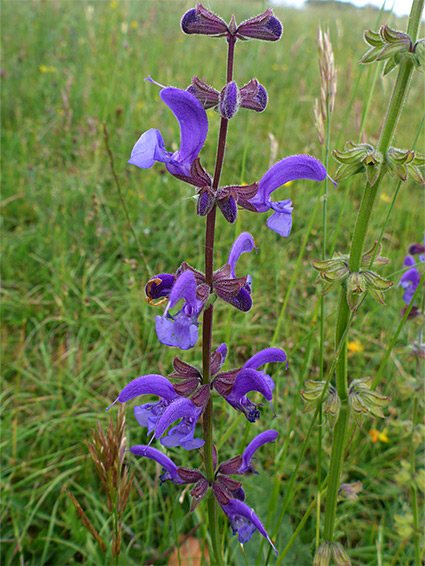