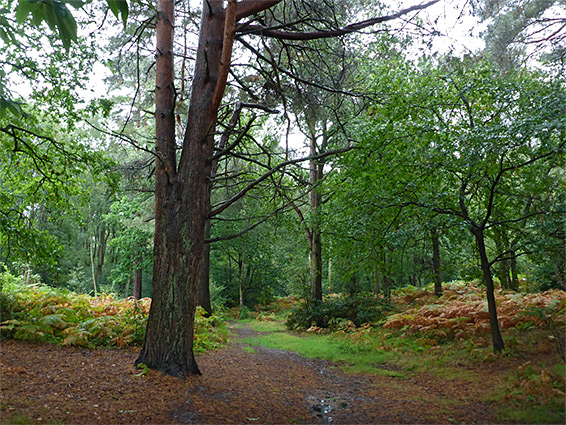 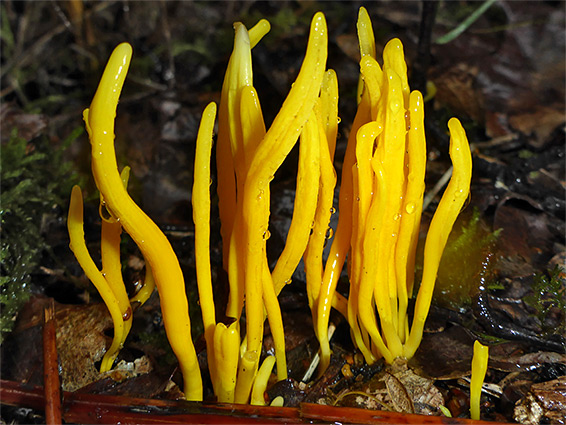 Large block of ancient woodland, 1.5 miles across, of hazel and sessile oak, plus streams, wet meadows and patches of heath

Pamber Forest is a large block of ancient, deciduous woodland, mostly sessile oak and hazel, and it forms the main component of Pamber Forest and Upper Inhams Copse Nature Reserve, and Pamber Forest and Silchester Common Site of Special Scientific Interest. The main portion of the woods extends 1.5 miles north to south, merging with several other woods and copses, and, to the north, with the common, an area of dry heath.

The forest is crossed by two streams, upper branches of Silchester Brook, both flowing through riparian corridors prone to flooding, while within the trees are several wet meadows and other patches of heath, adding to the diversity of habitats. The trees have been managed over the centuries by coppicing; the least disturbed area is towards the south, where the soils are richer and moister, and plant life is most varied, with such ancient woodland indicator species as lily of the valley, orpine and wild daffodil.

The oldest oak trees are around 300 years, though the forest itself has been here for at least 800 years. The woods are especially good for butterflies and moths, with over 700 species, and there also many types of birds, especially woodpeckers, plus deer and squirrels. Various tracks and trails and allow loop walks of up to 4 miles; most popular is the marked Pamber Forest Trail, 2 miles. 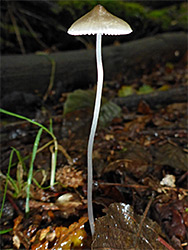 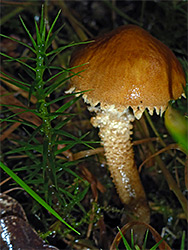 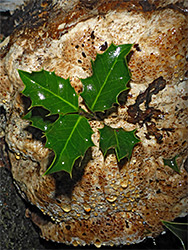 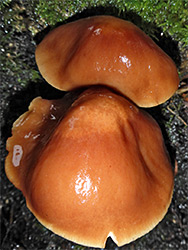 The most popular access to the nature reserve is at the north edge, starting from a free parking place along Impstone Road in Tadley; other entry points are from the west along Aldermaston Road and in the east on Silchester Road. From the main entrance a track heads south to the first of many junctions, shortly before the northernmost brook; one of the paths heads northeast into Upper Inhams Copse, added to the nature reserve in 2001 after a bequeath from a local resident. Further south, the track crosses a minor ridge and descends towards the other stream, en route crossing the course of the Portway, a Roman road between Silchester and Old Sarum. The west side of the forest adjoins several unimproved wet meadows of neutral to acidic soils, home to such wildflowers as the southern marsh orchid, green-winged orchid and bog pimpernel. 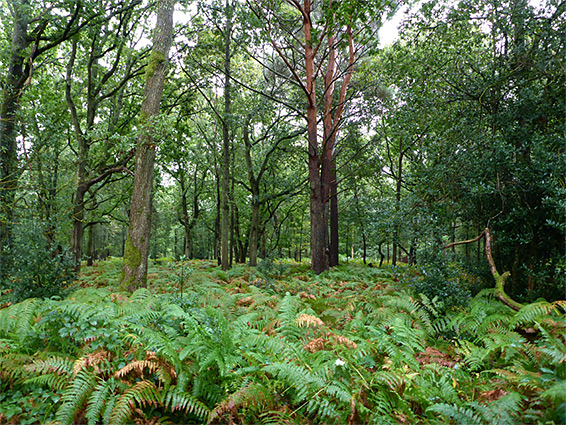