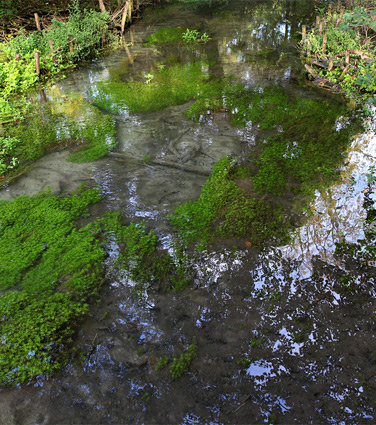 Chalk stream, ancient woodland and calcareous grassland, at the foot of the Lambourn Downs

Letcombe Valley Nature Reserve contains a third of a mile-long corridor of grassland and woodland alongside Letcombe Brook, a rare and beautiful example of a chalk stream, originating from several springs at the foot of the Lambourn Downs (part of North Wessex Downs Area of Outstanding Natural Beauty), which rise up a short distance south. There is only one other chalk stream in Oxfordshire, out of 161 in the whole country. Like all such streams the alkaline water is crystal-clear, and the brook relatively wide and shallow, flowing over the white chalk gravel and flanked by contrasting lush green vegetation, including such plants as blue-flowered water forget-me-not and yellow monkeyflower. The water temperature is constant all year, around 11 degrees, another characteristic of chalk streams. The full length of the brook is 7.5 miles; the reserve contains a section near the upper end, where the water is at its cleanest. Wildlife in the reserve includes brook lamprey, water vole, otter, Daubenton's bats and brown trout.

The 18 acre nature reserve is relatively recent, established in 2010, on land which was formally part of a local estate, and it lies on the south side of the village of Letcombe Regis. At its north end, the stream within the reserve is bordered by several gardens from local houses but most of the surroundings are undeveloped, and the site is quiet and peaceful. Some of the woodland is ancient, established here for at least three centuries, and harbours typical indicator species such as bluebell and would anemone. At one point the brook is impounded by a stone dam to form a small lake, created in Victorian times to supply water to Letcombe Basset Fulling Mill, of which little other trace remains. The stream has also been used to cultivate watercress. 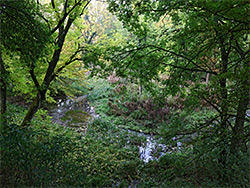 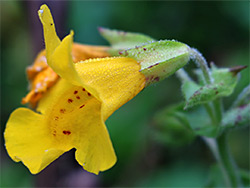 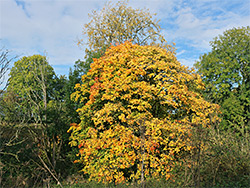 The nature reserve is 2 miles southwest of Wantage, and accessed via Bassett Road, a little way south of Letcombe Regis village hall. The nearest parking place is in front of the local cemetery, from where the entrance is 350 feet south, on the east side of the road, down a short lane and over the brook on a footbridge. Two paths head south, one right beside the brook, the other through a field of chalk grassland, which is separated from the stream by a line of trees. The two trails join just before the lake and one route continues through thicker woodland, climbing a little further up the valley sides but staying within sight of the stream, and later exiting the reserve to another entry point along the road. The banks of the stream are rather overgrown and boggy, though the water's edge can be approached at various locations. 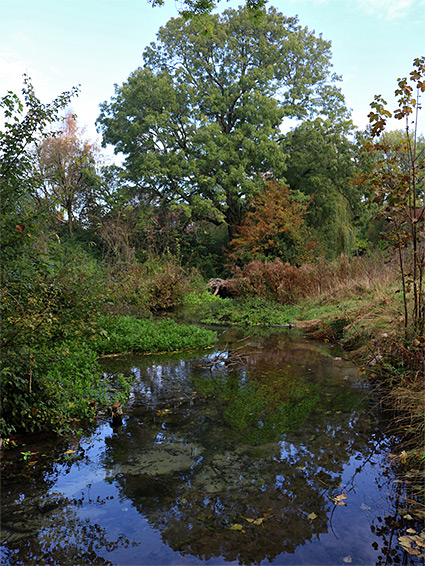