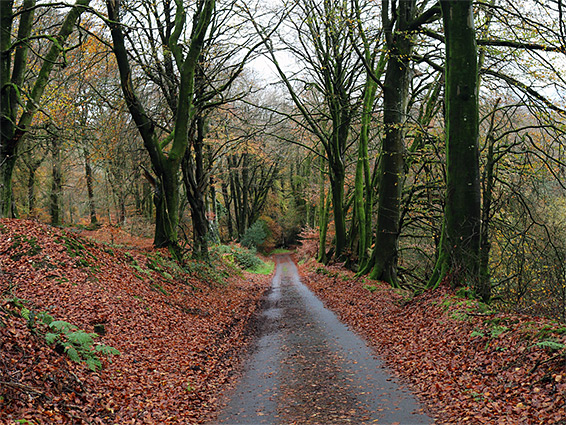 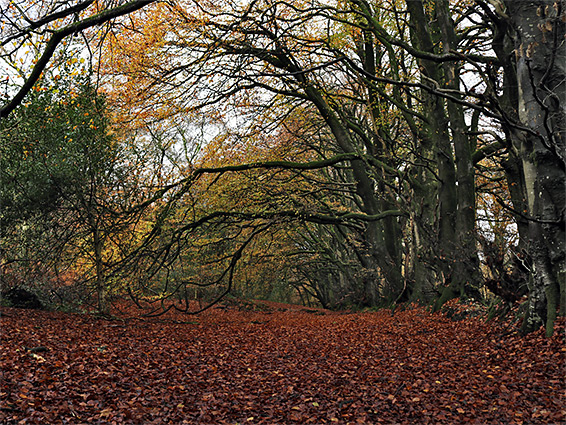 Mature oak/beech woodland on steeply-sloping ground at the east edge of the Blackdown Hills. Includes a spring and small areas of heath

Dommett Wood Nature Reserve contains a strip of mature beech and oak woodland on steeply-sloping ground along the eastern edge of the Blackdown Hills, five miles from Ilminster, together with a patch of heathland and also a spring-fed boggy area, source of one of the tributaries of the River Ding. The main attraction of the reserve is the beech trees, some of which are large and imposing, especially photogenic when the leaves change colour in the autumn, while the wood is also noted for fungi, being generally moist and shady all year, for birds, and for the long-distance views from some places, northeastwards across the Somerset Levels towards Glastonbury Tor.

The wood covers part of the eastern slopes of Buckland Hill, near the village of Buckland St Mary, and the majority is relatively recent, established in the last century, before which the area was heath and rough grassland, known as Dommett Moor; only the beech trees were here at this time, planted along ancient field boundaries and a drove road. Also in this period a grove of conifers was established, but this has recently been felled, the trees replaced with a range of native species including rowan, ash and wild cherry.

The largest of the beech may be seen along a path that follows the former drove road, continuing into more woodland to the north (Dommett Moor Plantation) which also has some good old trees. Other parts of the reserve can be explored by walking across the slopes or following a lesser path below. 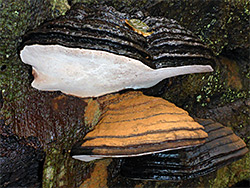 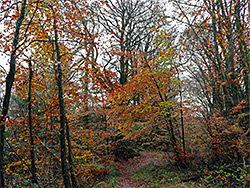 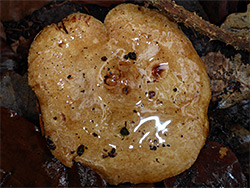 The nature reserve is provided with a decent-sized parking area along Folly Lane, which branches off an unnamed road half a mile north of the A303. The old drove track parallels the road northwards, running alongside a row of beech trees, and continues into the adjacent plantation, while another line of trees winds downhill close to the lane, past some old gravel pits where chert was extracted, and a third row, dead straight, angles northwards at the foot of the steep part of the slope. Below here the ground is generally less tree-covered, more open, and the northern portion includes the more recent plantings, formerly site of the conifer grove. The woodland includes many fallen trees and piles of deadwood, left to decay naturally to provide habitat for insects and fungi. The heathland is south of Folly Lane, extending back nearly to the A303 - it also contains scattered trees including a few old specimens along the lower edge, mixed with extensive clumps of bracken and long grass. 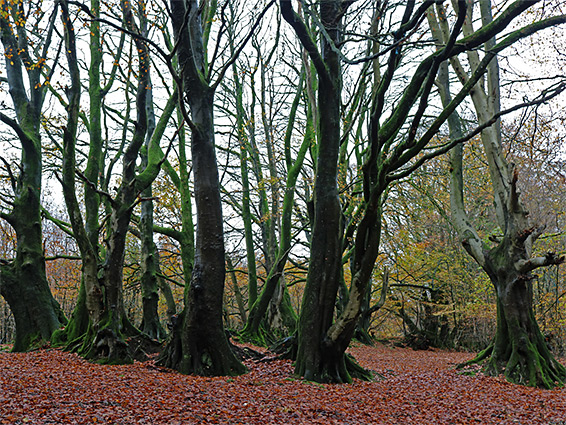