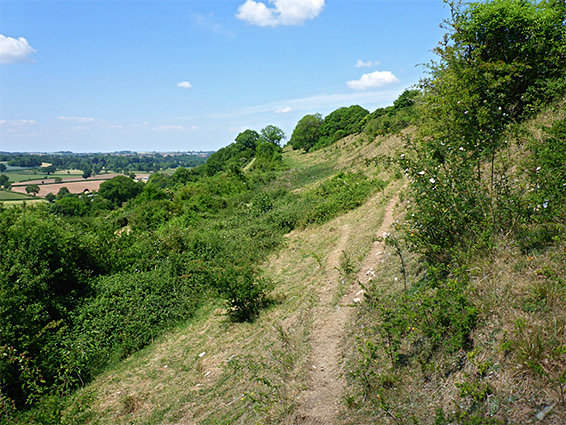 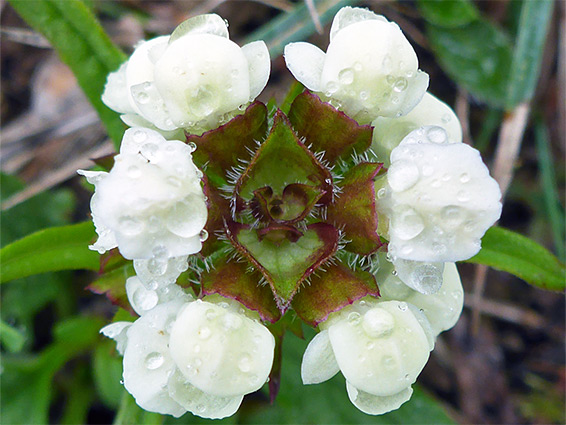 Limestone downland across a south-facing slope above the valley of the River Cary; supports varied wildflowers and butterflies including the large blue

Green Down Nature Reserve contains 15 acres of limestone downland, a relatively unusual habitat in this part of Somerset, extending nearly half a mile across a south-facing slope at the edge of Windmill Hill, near the village of Charlton Mackrell, and bordered along the southern edge by a railway line, the Langport to Castle Cary section of the main London to Penzance route, opened in 1906.

The land has never been used for agriculture because of its steepness and rocky soils, so supports a wide variety of calcareous wildflowers, rarest being the cut-leaved selfheal (prunella laciniata) found on the uppermost slopes; other notable species are autumn gentian, bee orchid, knotted hedgeparsley, lesser centaury and small-flowered buttercup.

The wildflowers result in a good range of insects, especially butterflies, and the reserve is one of the best sites in the country for the large blue butterfly, which was considered extinct in 1979 but has since been reintroduced here and in around 30 other locations, including Daneway Banks. Wild thyme, favoured food of the butterfly larvae, was planted here to help support the colony. Another feature of interest, near the east edge of the reserve, is the Powder House, a brick and stone structure built to store gunpowder during the railway construction.

The underlying rocks are from the Westbury Formation and the Cotham Member of the Lilstock Formation, a mix of limestone and shales from the Triassic period. 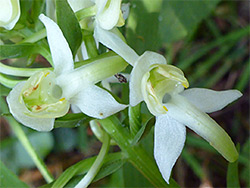 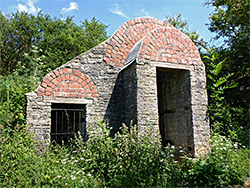 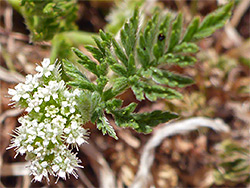 Like many nature reserves, Green Down is not obviously signposted, but easily reached, from a minor road (West Charlton), southwest of Charlton Mackrell; parking for a few vehicles is possible on verges or at the entrance to a gravel track, Sug Hill, which leads north, up a slope, over the railway and past the reserve entrance. The track continues a short distance to another unpaved road, Somerton Lane, from the village, and this provides an alternative access route. 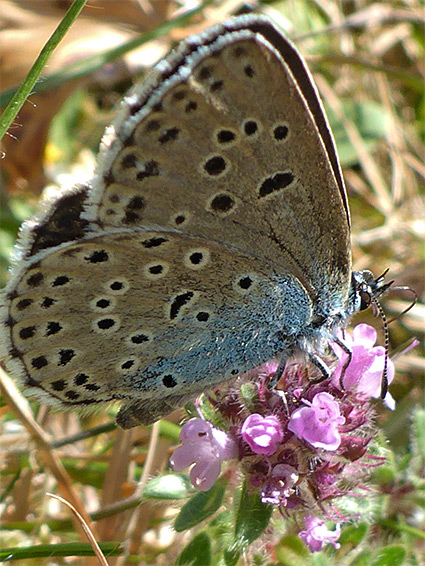 The nature reserve is divided into two sections, north and south, by a horse gallop, recently constructed by the landowner. The lower, southern portion is larger but the northern part has a better plant variety, due to the sunnier aspect and thinner soils; the bedrock is exposed in a few locations. Although the grassland predominates, the downs also have patches of scrub and woodland, one small section of which, towards the west edge, is well established, here for at least 150 years. A path runs all along the north edge of the reserve, and all areas are easily explored. Growth of scrub and the more vigorous grasses is controlled by sheep and cattle, grazing between autumn and spring. 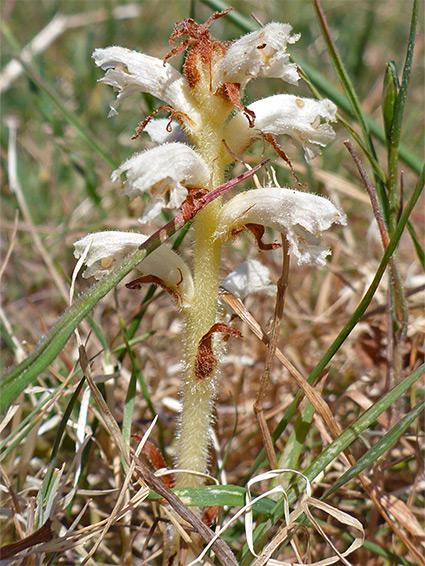