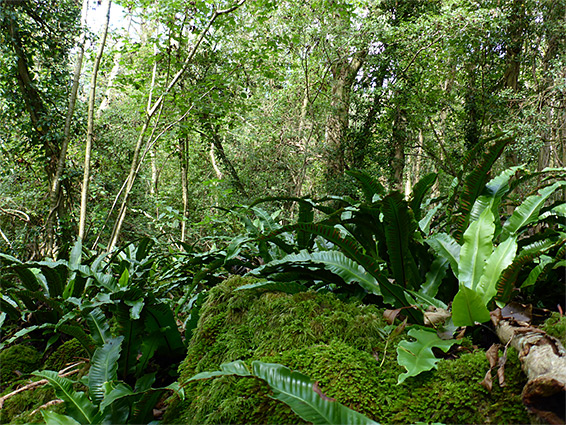 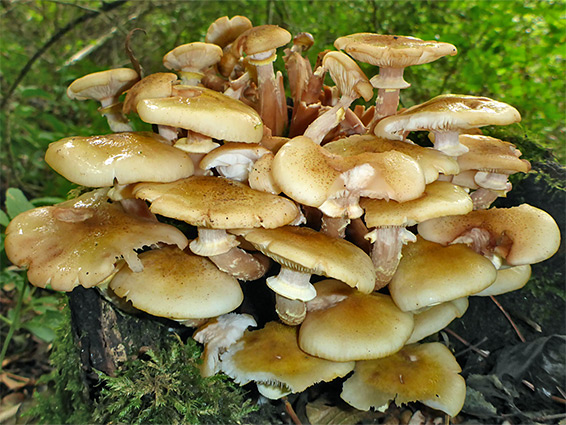 Deciduous woodland, mainly ash and lime, ancient in origin, and calcareous grassland, along steep, south-facing slopes at the edge of the Mendip Hills

The site is not adjacent to any roads so is not often visited, and is crossed by only two paths, though the land is open access. Much of the woodland is quite steep, however, and/or overgrown, so is not always easy to explore. The reserve can be approached either from the south along a path from Rodney Stoke village, or from the north via a bridleway off New Road north of Draycott, a path which crosses two other sections of protected grassland - House Grounds, owned by Somerset Wildlife Trust, and Stoke Camp, a Butterfly Conservation area centred on an ancient hillfort. 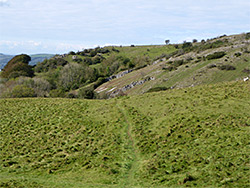 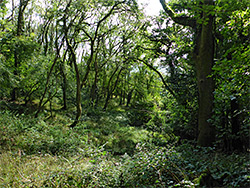 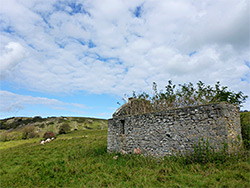 The closest access to the NNR is via New Road, parking in the layby by the entrance to Draycott Sleights Nature Reserve. The southwards bridleway crosses House Ground, past a limestone outcrop and a ruined building, then meets an east-west path, off which are two southwards routes into the reserve. The tree-covered land, Stoke Woods, which comprises the western two thirds of the reserve, extends around three sides of a shallow valley, while the grassland, a group of small fields, lies beyond to the southeast. The original, ancient wooded area, managed by coppicing for several centuries, covered only the east and west sides of the valley, and all was cut for timber during World War II; the subsequent replanting, mostly with ash and lime, included an additional area to the north. One of the two paths cuts through this section and descends the valley, now a farm field, while the other path enters the most extensive wooded area, to the east. 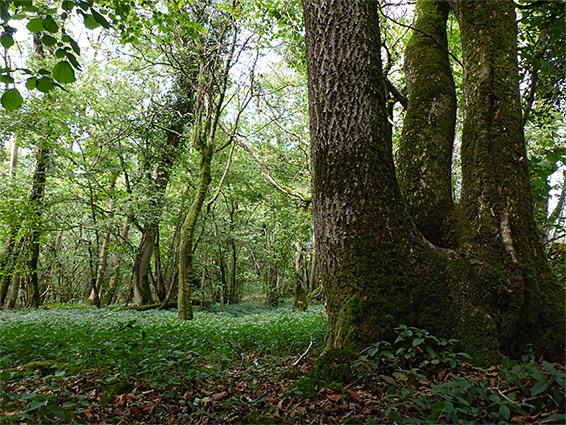 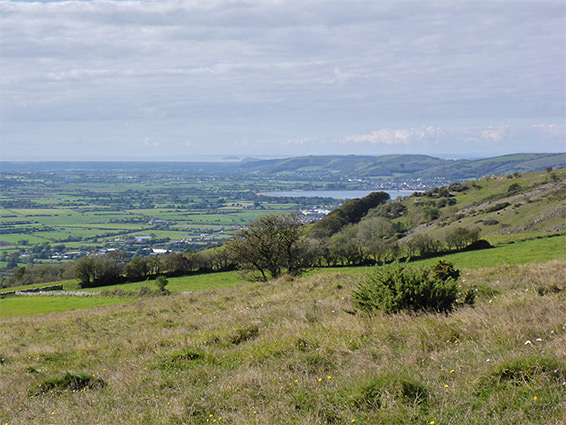