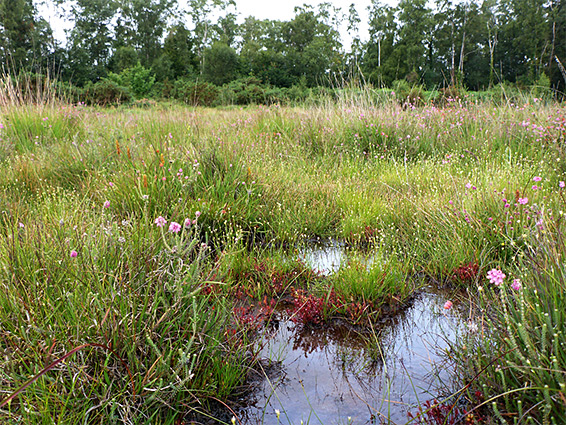 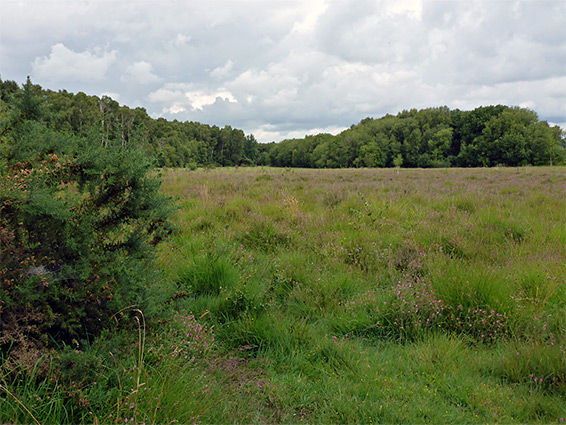 The bog is a remnant of Landford Common, a once extensive area of pasture extending a mile or so eastwards; most has been drained, excavated (for peat) or developed over the last few centuries, leaving just 16 acres in a natural, unaltered state. The reserve is also a Site of Special Scientific Interest.

The wetlands are fed via a tiny spring and by water seeping from the surrounding land, which is slightly higher in elevation on three sides - the bog occupies a shallow, linear depression overlaying sand and clays from the Bagshot Formation, with a very slight water flow from the south to the north. Drier woodland borders the bog on the west side, crossed by several paths, and although no routes enter the wetter areas, these can be explored by carefully walking on the grassy tussocks between the marshy patches and the dark-water pools. 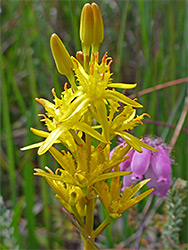 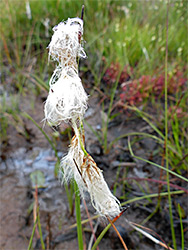 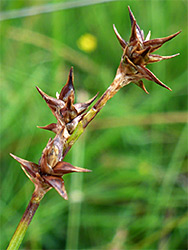 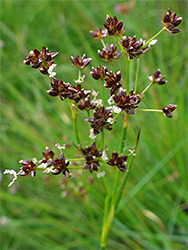 Entrance to Landford Bog Nature Reserve is at a layby along Lyndhurst Road, the B3079, 1.2 miles south of the junction with the A36. Large, detached houses line the west side of the road, while the bog is to the east, beyond a belt of deciduous woodland where trees are primarily silver birch, downy birch, pedunculate oak and ash. A figure-of-eight loop crosses the southern half of these trees, briefly encroaching on part of the wet heath, and another path heads north, over a fence that divides the reserve into two approximately equal-sized sections, and exits at its northwest corner. The heath and the bog occupy the lowest elevations, and both extend about 1000 feet, in a relatively narrow band, with the characteristic plants evenly spread out across the whole area. The bog contains most of the interesting species; the heath is dominated by more typical plants including bell heather, cross-leaved heather, dwarf gorse, heath milkwort and purple moor grass. The eastern fringe of the bog is suffering from encroachment by scrub, which in some places creates an overhanging canopy, to the detriment of the bog vegetation. 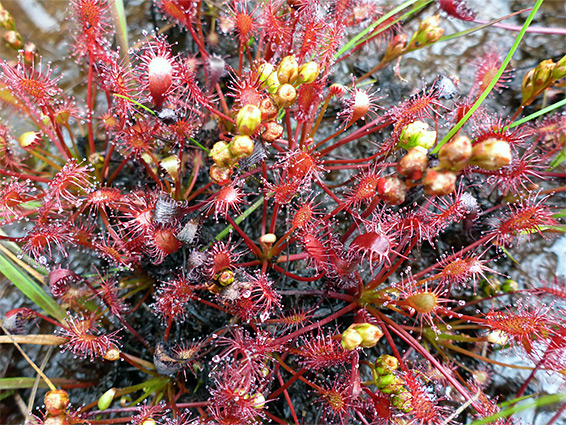 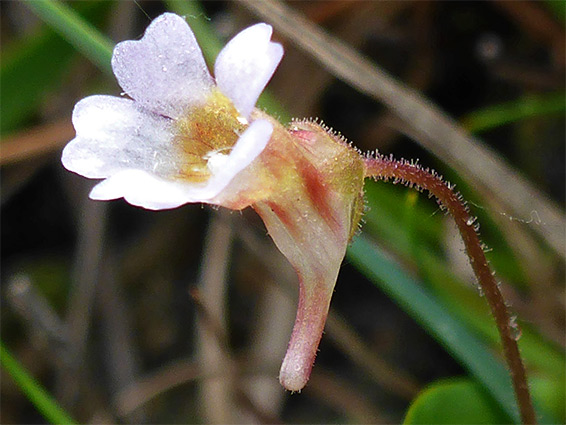 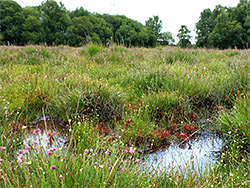 Pools in the bog 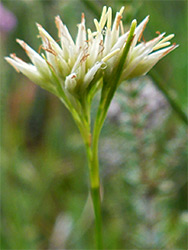 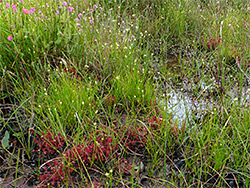