Grassy summit in the Cotswolds, part of the western escarpment, also site of an Iron Age hillfort. Good views and varied wildflowers

Painswick Beacon, originally Painswick Hill, is an isolated summit of 920 feet, along the western escarpment of the Cotswolds, part of a winding ridge projecting west from the main area of elevated ground, flanked by valleys below to the north, south and east.

The high point is marked by an obelisk, positioned just within a series of concentric ditches and embankments from the Iron Age Kimsbury Hillfort, built around 400 BC. A few scattered trees grow on the upper slopes of the hill, but otherwise the ground is covered only by short grass, mingling with many wildflowers including such rare species as fly orchid, musk orchid and purple milkvetch.

The bedrock is Birdlip Limestone, and the plant diversity is partly due to the calcareous soils, typical of the Cotswolds, relatively poor in nutrients and so restricting growth of scrub and vigorous grasses, allowing the more delicate herbs to flourish, assisted by regular grazing, of sheep and cattle. The site is unsuitable for agriculture, owing to the steep slopes, and has never been subject to use of pesticides or fertilisers. The hill is part of the Cotswolds Commons and Beechwoods Site of Special Scientific Interest, on account of its plant life, and is popular for dog walking, for picnics, and for its views, which to the west extend many miles, north to the Malvern Hills and west across the Severn Vale to the Forest of Dean and the mountains of south Wales.

The wildflowers are found mostly across the western side of the hill, an area around a third of a mile across - most of the remainder is occupied by the 18 hole Painswick Golf Course, constructed in 1891 (initially with nine holes, extended in 1909) - a relatively long, narrow course extending along the adjacent ridge to the north and south. The western slopes of the hill incorporate various mounds and hollows, creating different microclimates, and adding to the plant variety. 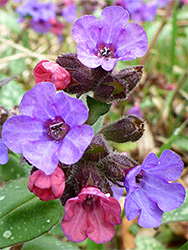 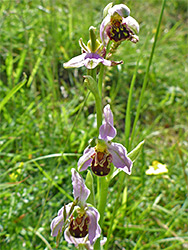 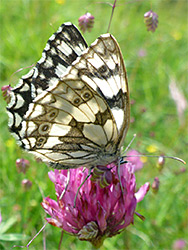 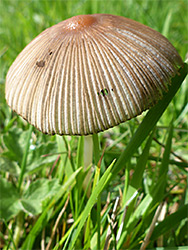 Access to Painswick Beacon is via the B4073, which runs below to the west, parking along several laybys or on a side road, linking with the A46. From the side road, a track (the Cotswold Way) runs northeastwards all along the lower edge of the golf course, while another road/track also heads northeast on the opposite side of the hill, past a few houses. The land between the two tracks is all grass covered - the hill and the golf course - while below it is wooded, with the ancient trees of Madam's Wood to the north and more recent growth to the south, on land that was for many centuries used for limestone quarrying, the last operation (Catbrain Quarry) closing in the 1950s. Several paths climb to the summit, and one follows the western rampart of the old hillfort, past the obelisk marking the actual high point. 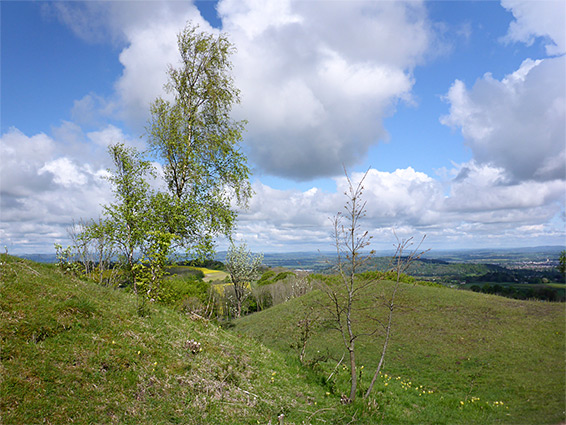