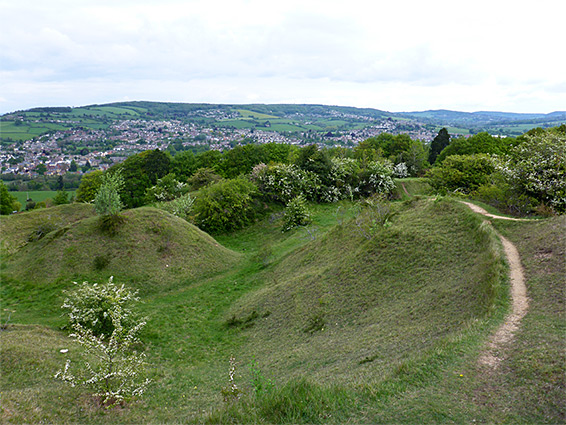 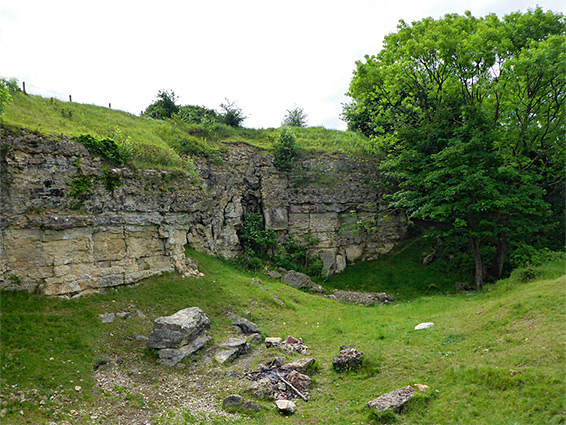 Extensive limestone grassland, flat or steeply sloping, along the west edge of the Cotswold escarpment, south of Stroud. Good views and many wildflowers

Selsley Common is a sizeable area of limestone grassland, on a flat-topped spur along the edge of the Cotswold escarpment; to the west the land drops steeply by over 300 feet, and most has far-reaching westwards views, across the Severn Valley towards the Black Mountains in Wales. The common is still used by local residents for livestock grazing, in accordance with ancient rights, and is very popular place for dog walkers.

Besides the views, the other main attraction is the variety of the calcareous grassland wildflowers, and in recognition of this, together with some interesting geology, as evidenced by several rock faces from ancient limestone quarries, the common is designated as a Site of Special Scientific Interest (SSSI). At least eight orchids are found here; bee, common spotted, common twayblade, early purple, fly, fragrant, green-winged and pyramidal, together with many other species.

The grassland covers nearly all the common, with just a few patches of scrub, and some isolated trees, mostly ash. Wildflowers are concentrated in two sections; the steep, west-facing slope of the scarp, which is crossed by many ancient strip lynchets, and the old quarries and gravel pits which are scattered all across the site. The SSSI excludes the majority of the grassland, at the center of the common, since this has comparatively few wildflowers, having been partly improved. 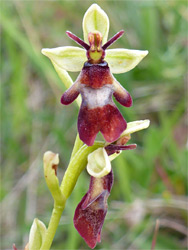 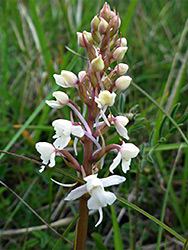 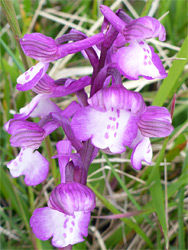 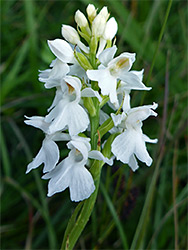 The common is accessed by the B4066 (Selsley Hill), running along the east edge, 2 miles southwest of Stroud. There are several parking places spread out over half a mile, some occupying former quarry sites. Various paths cross the common, the main route, the Cotswold Way, following close to the western edge, just above the slope. Another path descends the scarp towards Selsley village. One set of old quarries is beside the road near the northernmost parking place; plants found here include the bee and green-winged orchids. More quarries are towards the north end of the common, while the most famous location (Leigh's Quarry) is near the southern tip, and its exposed rockface provides a fine example of the various strata in this region of the Cotswolds, members of the Mid Jurassic Inferior Oolite group. On the westernmost point of the flat land is the remains of a Bronze Age burial chamber (The Toots), a low, elongated mound with a hollow at one end. The rarest wildflower on the common, the fly orchid, occurs about 700 feet southwest of here, halfway down the scarp. The colony consists only of a few dozen plants. 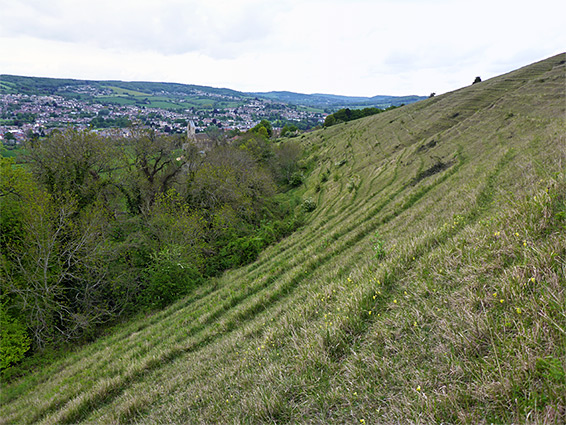