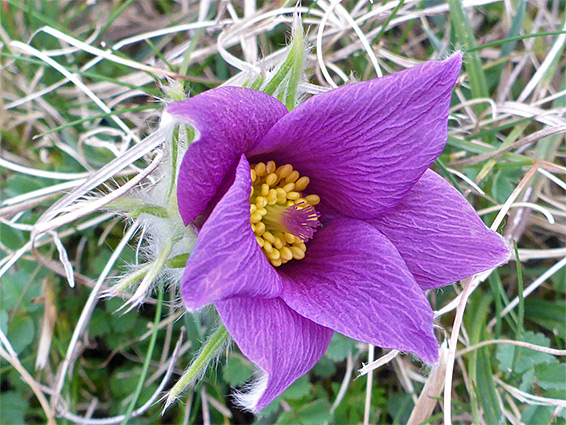 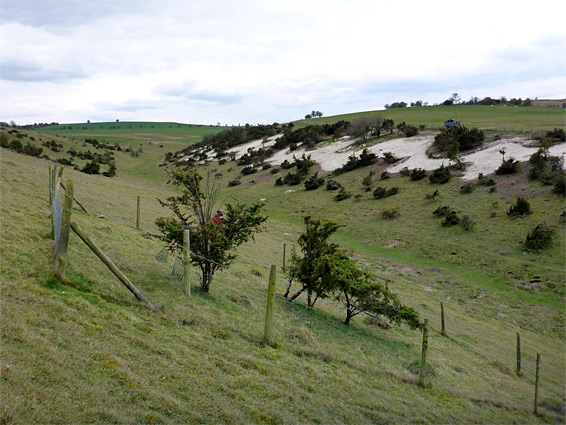 Chalk grassland and mixed woodland, on undulating terrain within the North Wessex Downs. Plants include pasqueflower, wild candytuft and juniper

Management
Natural England
Location
Along a lane south of the A417, Blewbury Hill; OX11 9DS
Selected Wildflowers
Burnt-tip orchid, common rock-rose, dropwort, horseshoe vetch, pale toadflax, pasqueflower, saw-wort, small scabious, wild thyme
Aston Upthorpe Downs comprises two areas of chalk grassland and a patch of mixed woodland, within the Berkshire Downs, itself part of the North Wessex Downs AONB - a north-south valley, and a section of flatter land a short distance west, together amounting to 95 acres. The underlying rocks are from the cretaceous era, mainly the New Pit Chalk Formation, plus a thinner band of the Holywell Nodular Chalk Formation, along the valley floor.

The rocks are exposed in just a few areas but otherwise covered by the thin, chalky soils, where a good selection of calcareous plants are found, the rarest species being the pasqueflower (at its only site in Oxfordshire), burnt-tip orchid and wild candytuft, this latter growing on spoil heaps from old rabbit burrows. The site is also notable for clumps of junipers, relatively rare in the southern half of the UK; although once much more common in chalk downland, they have been lost from many similar sites, and this population is now the only one remaining in the whole of the Berkshire Downs and the Chilterns.

The site remote, and peaceful, not especially scenic, being surrounded on all sides by agricultural fields and seasonally grazed by cattle; it is worth visiting between late spring and midsummer, when the wildflowers are in bloom. About one to two hours is enough to explore the two sections of the SSSI. 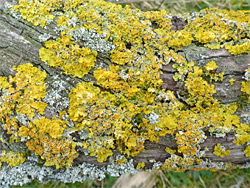 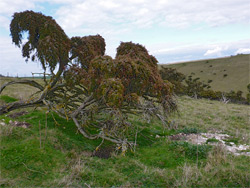 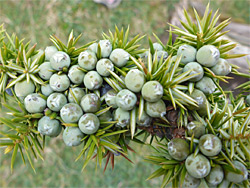 The downs, which are not signposted, are reached via an unpaved byway south of the A417 (Blewbury Hill), just south of Aston Upthorpe village; parking is after 0.6 miles, in front of a large barn. The track forks just south, the west branch soon entering the SSSI, first running alongside a relatively recent patch of hazel and conifer woodland, then onto the main area of grassland, at the upper end of a shallow valley, Hogtrough Bottom. The pasqueflowers grow at several locations on the eastern slopes, fenced off to protect them from grazing cattle. Juniper also inhabits this side of the valley. The course of an ancient earthwork is just about evident, as a shallow depression and parallel embankment, crossing the valley from east to west - this is Grim's Ditch, probably dating from the Iron Age. The detached, western section of the SSSI occupies a fairly level part of a side valley, Oven Bottom, reached via a lesser track off the main route. This area has generally taller grasslands and slightly different wildflower selection, only the more common species. 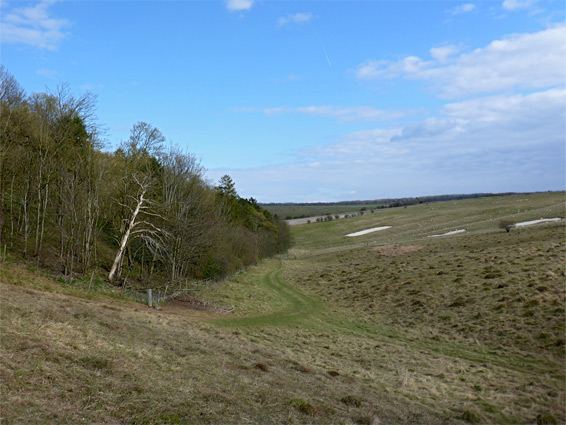