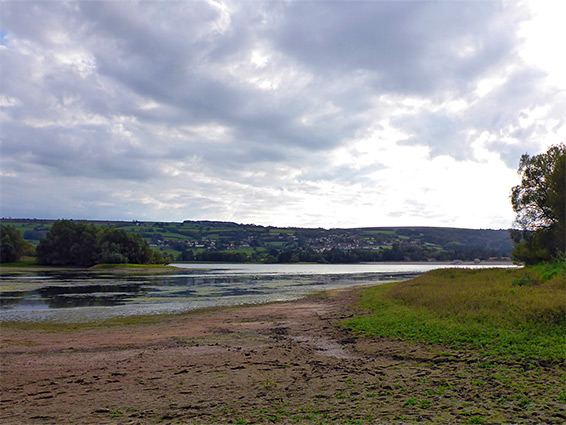 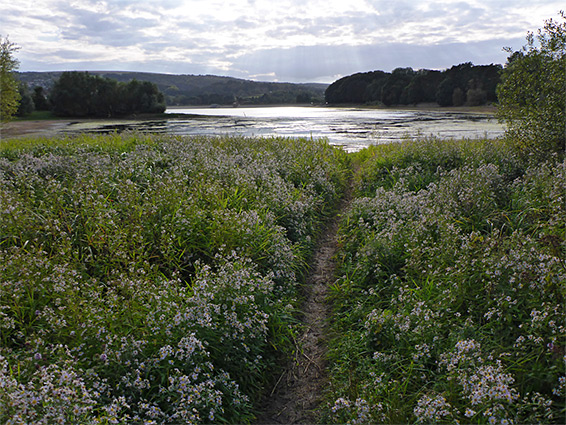 440 acre reservoir at the foot of the Mendip Hills, formed by a dam across the River Yeo. A path follows part of the shoreline, most of which is accessible only to anglers

Management
Bristol Water
Location
Parking is along the dam, on Blagdon Lane; BS40 7UN
Blagdon Lake, originally Yeo Reservoir, was formed in 1905 after completion of a rock and clay dam across the River Yeo, north Somerset, where it flows through a shallow valley just north of the Mendip Hills. The dam is a third of a mile long and extends 175 feet below ground level, to meet the limestone bedrock, while the lake is relatively shallow, maximum 38 feet at its deepest point, close to the dam.

Prior to construction, the area inundated was entirely farmland, without any settlements, and only one road had to be rerouted, from Blagdon north to Butcombe, now crossing the dam. This contrasts with the larger Chew Valley Lake (open 1956), 2 miles east, which flooded a village, a dozen or more houses, and several roads.

Blagdon Lake is moderately scenic, lined by a mix of fields and woods, with a meandering, seven mile shoreline, and is mostly famous for its fishing, having been stocked with trout since 1905. The majority of the water's edge is open only to anglers, and permits are required; for the general public just 0.7 miles of the shore is accessible, in the northwest corner adjacent to the dam.

The shoreline is entirely earthen, lacking any exposed rocks, though with reedbeds in many places, and seasonal variation in the water level results in extensive mudflats appearing during summer. These provide the main plant habitat, notable species including creeping yellow-cress, trifid bur-marigold, shoreweed and flowering rush, plus various members of the amaranthaceae family. Because of the plant life, the invertebrates and the birds, the lake was declared a Site of Special Scientific Interest, in 1971, and it also falls within the Mendip Hills Area of Outstanding Natural Beauty. 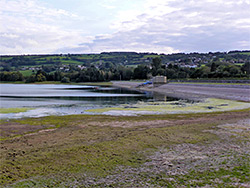 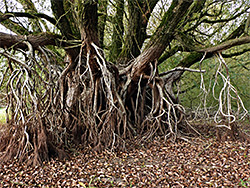 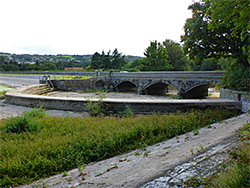 Free parking is available along Blagdon Lane, the road across the dam, just west of which is the Blagdon Lake visitor centre, beside the original pumping station, also open to visitors, and containing a working, steam-powered beam engine. A private road follows the southern shoreline of the lake, connecting with another lane at the upstream end, and another parallels most of the north shore; use is for permit holders only. Away from the dam, general access to the northwest section of the shoreline is along a wide path that follows the edge of a strip of woodland, later crossing a tributary stream then leaving the lake, meeting a road again in the village of West Town. The stream flows into the largest inlet on the lake, Butcombe Bay. Nearby is a field of wet, neutral grassland good for wildflowers in summer, including the green-winged and southern marsh orchids. 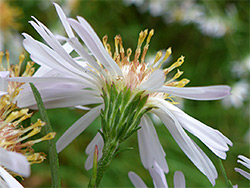 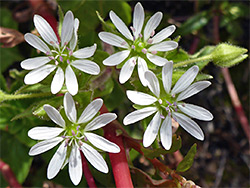 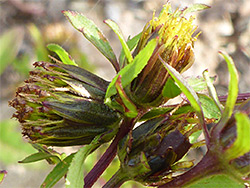