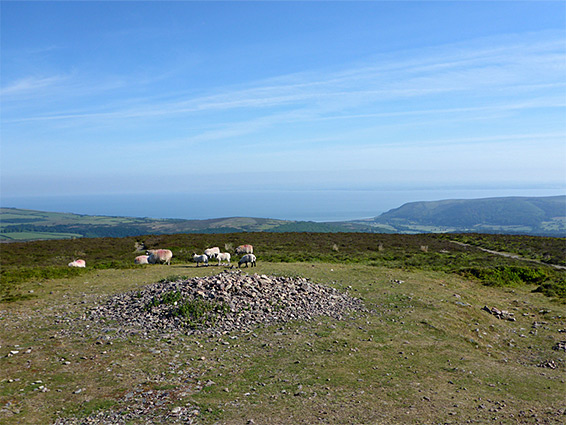 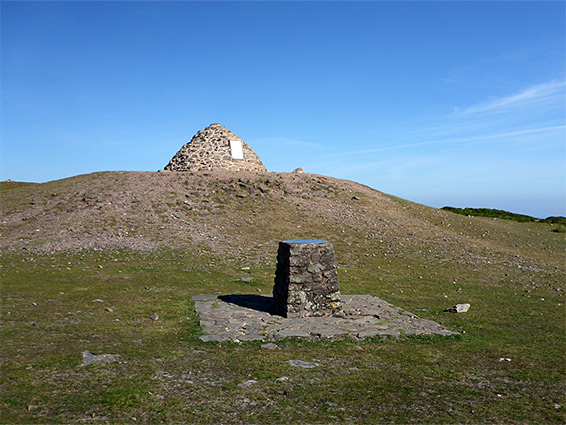 The highest point on Exmoor; a flattish, low-relief summit surrounded by gentle slopes covered with heather and gorse, overlooking Porlock Bay and the Bristol Channel. Reached by a short, easy walk

Management
Exmoor National Park
Location
Four miles south of Porlock along an unnamed road; TA24 7AT
Walk
From 0.7 to 1.9 miles, depending on the route
1,705 foot Dunkery Beacon, on top of Dunkery Hill, is the highest point on Exmoor and also the highest in Somerset, though like other nearby peaks the summit is not particularly dramatic, with low relief, surrounded by gently sloping land in all directions, and situated near the east end of the broad ridge of elevated ground that forms the majority of the moor, extending about 15 miles. The upper slopes of the hill are entirely treeless, covered mostly by heather and gorse, and the summit is easily reached, from paths which approach from five directions; the shortest is 0.7 miles.

The paths are wide and straight so the walk is not so interesting but the views from the top are certainly spectacular, all across the moors, and north over the Bristol Channel to south Wales, and the place is far enough from any road for a certain feeling of remoteness. There are several options for loop hikes, of 7 miles or more, incorporating other routes across the lower slopes.

Wildflowers are quite limited, as is the case with the majority of acidic heaths but there is one very rare species sometimes spotted under the heather - the lesser twayblade orchid, here in its southernmost UK location. More common species include cow-wheat, foxglove, heath bedstraw and tormentil. 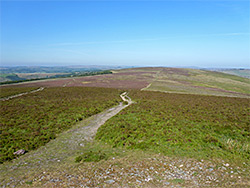 Path to the west 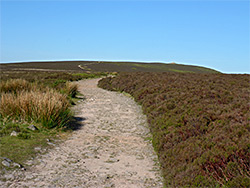 The approach from the east 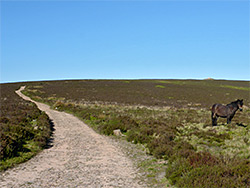 Horse by the path

Two paths approach Dunkery Beacon from the west, and a steeper route from Aller Combe in the north, but the two most used trails are from the south at Dunkery Gate (0.7 miles) and west, 0.9 miles, starting from two parking areas along the narrow road between Luccombe and Dunkery Bridge. Both these are very similar; the shorter is in view of the summit all the way while the latter first climbs gently up to an intermediate ridge, levels out for a while then rises another 150 feet to the summit, which is marked by a large stone cairn 15 feet high. A plaque identifies various distant features that can be seen. Near the start of the eastern path and about 700 feet north are the Kit Barrows, a pair of burial mounds from the Bronze Age, while elsewhere across the slopes are several ancient cairns and earthworks. 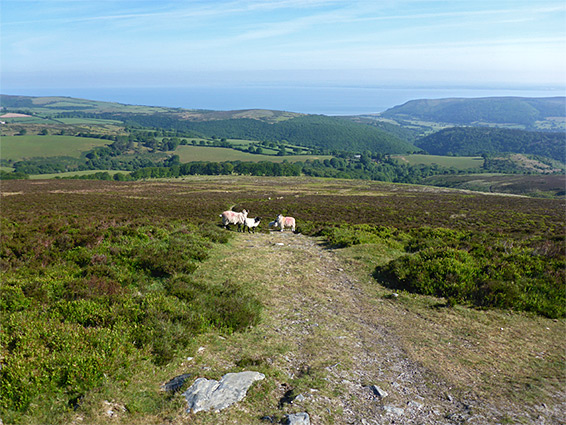