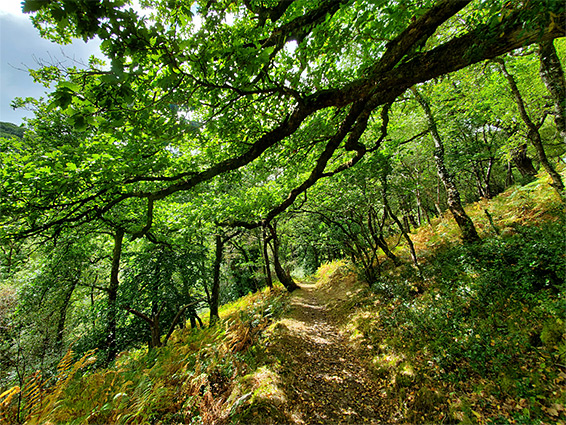 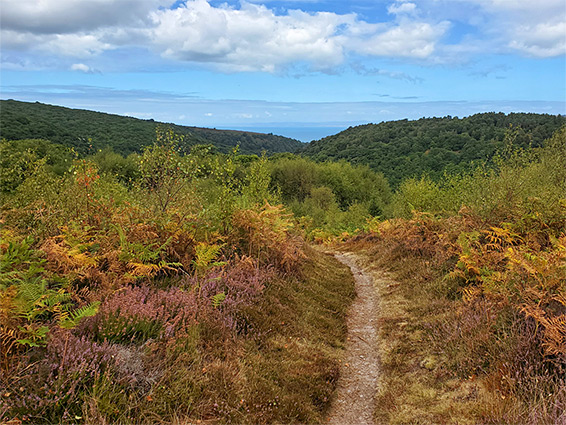 The largest area of ancient oak woodland in Britain, spread across the steep-sided valleys of Horner Water and its tributaries, within Exmoor National Park. Accessed by many trails

Horner Wood contains the biggest area of ancient oak woodland in Britain, extending for several miles along the steep-sided valleys of Horner Water and its tributaries, the largest East Water, which begins on the northern slopes of Dunkery Beacon, the highest point on Exmoor, and in Somerset. The Beacon, the wood, and the adjacent moorland is protected as Dunkery and Horner Wood National Nature Reserve, amongst the largest of such preserves in England, managed by the National Trust and forming most of the Holnicote Estate, 12,500 acres within Exmoor National Park, which was donated to the trust in 1941, by Richard Acland; the estate continues north beyond the woods to incorporate Selworthy Beacon and several miles of the north Somerset coast.

The wood is named after the little village of Horner, at the north end of the valley, beyond which the stream flows across flat, open land for 2 miles, meeting the sea at Bossington Beach. A vehicle track follows the valley upstream for 1.6 miles, sometimes a little way above the water, linking with many paths that climb the wooded slopes to the moorland above, and eventually meet roads on all sides; surrounding summits are Luccombe Hill to the east, Dunkery Beacon to the south, Tarr Ball Hill to the west and Ley Hill to the northwest. Many loop or one-way walks are possible. 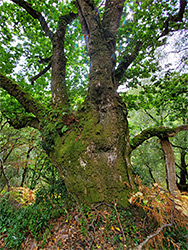 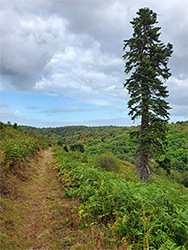 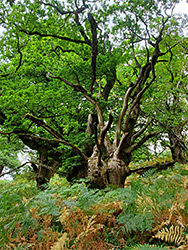 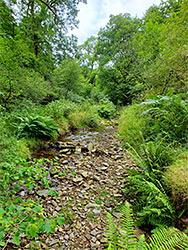 The southernmost access point to Horner Wood is near the hamlet of Cloutsham, along a road that runs beside East Water for a short distance, crosses it via a ford then rises towards Luccombe Hill. From parking areas near the village or beside the ford, a path climbs through the corridor of oak woods near the stream and over the heather-covered moor above, continuing into thicker woods on the far side and descending towards the main branch of Horner Water. To the east the road joins another route, southwards to Dunkery Hill, and at the junction is a large parking place (Webber's Post), sometimes also used for camping, and including a spectacular viewpoint overlooking the valley, across to other parts of the moor. Paths from here also descend into the valley, towards the confluence of East Water and Horner Water. Walks can also begin from Horner village, from the road across Ley Hill, and from several points along the same road further west, where it crosses another two upper forks of the drainage. Trees in this area are part of two separate though contiguous woodlands, Wilmersham Wood and Stoke Wood. 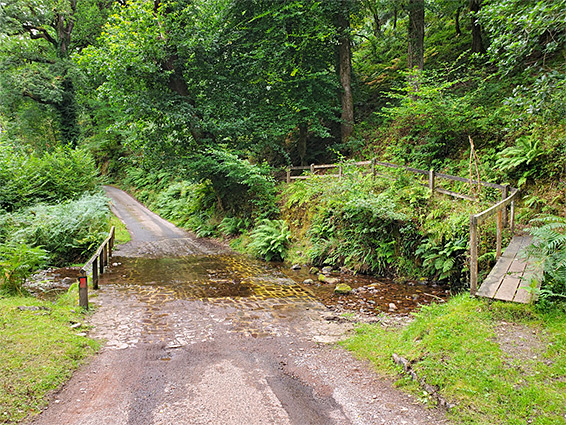